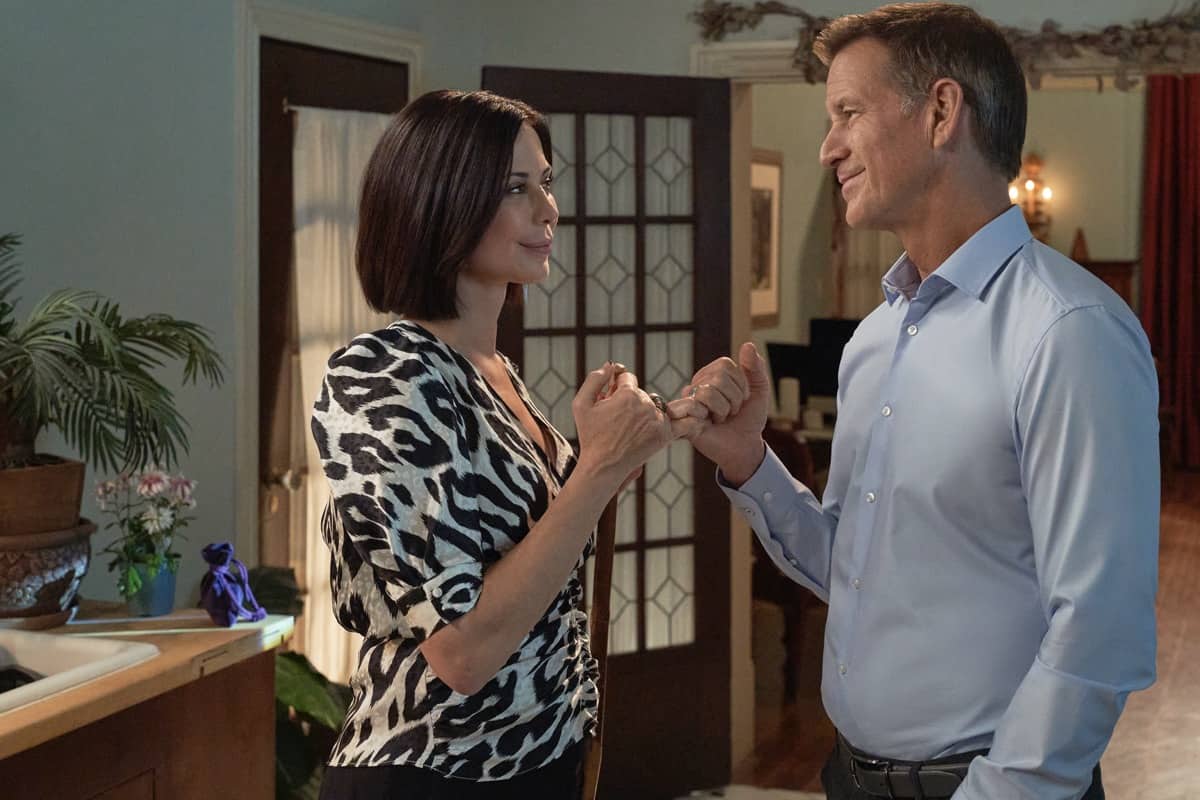 Cassie (Bell), Abigail (Power) and Joy (Barrell) try to figure out significance of the purple velvet pouches of soil mysteriously left for each of them, though they may not have to wait very long for the answer. Cassie and Sam (Denton) seem to be two ships passing in the night so they set out on a boating date, only to have engine trouble and end up stranded on an island where Cassie makes a surprising discovery. Plans for Abigail and Donovan’s (Bendavid) engagement party are in high gear thanks to Donovan’s overly eager mom Dotty (Paula Boudreau, “Workin’ Moms”), who is anxious for the couple to set a date. Meanwhile, Martha’s (Disher) very pregnant daughter-in-law Claire (Nicole Wilson, Robbing Blind) is there for an extended stay and Stephanie (Evans) and Adam (Cavalheiro) navigate their friendship now that he’s returned from his mission.