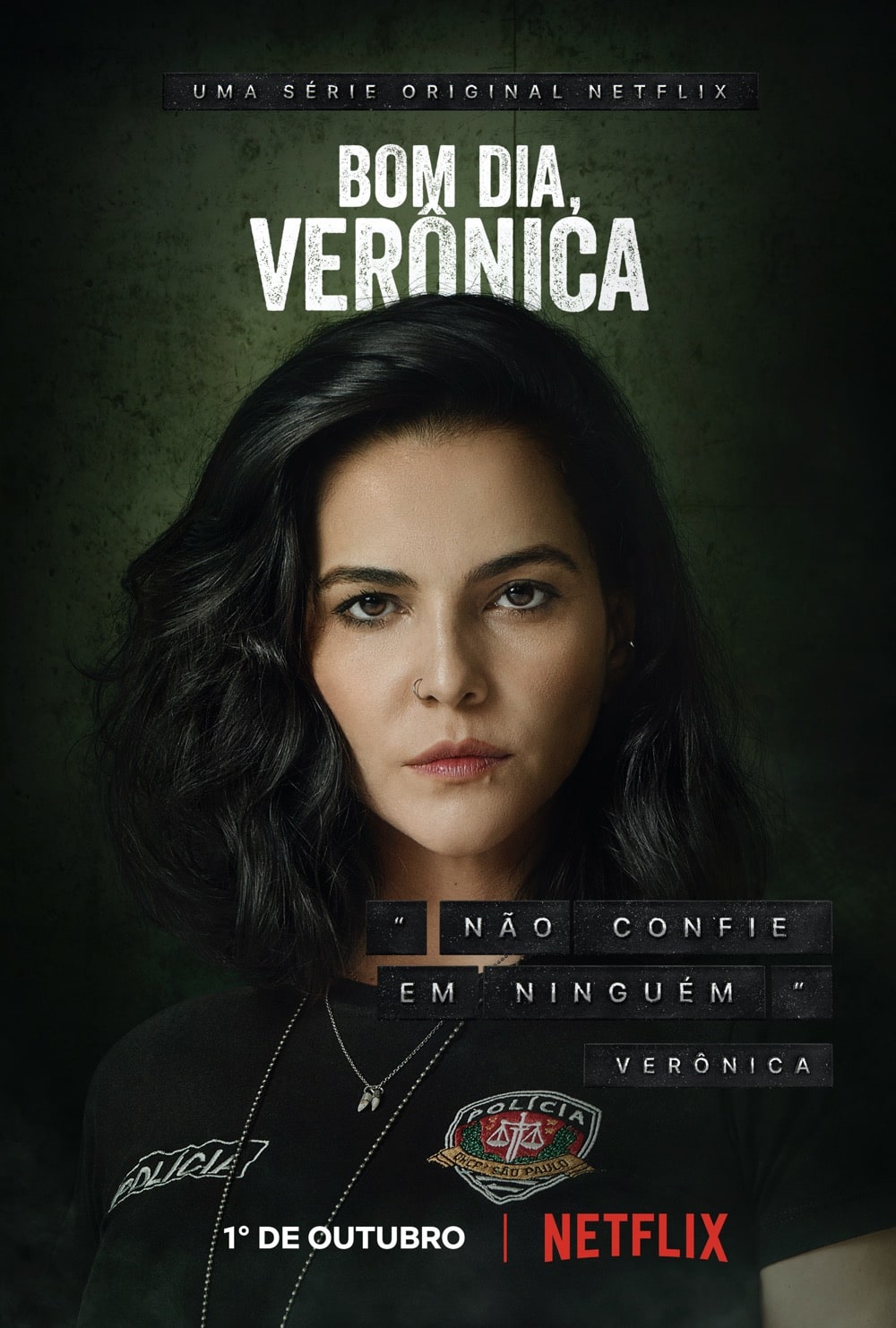 Justice may be blind, but Verônica is not. And she will not stop, as shown on the trailer for the series Good Morning, Verônica, which Netflix has just released alongside character arts. In the video, Verônica (Tainá Müller), who works as a clerk at the São Paulo Homicide Police, dives into two investigations full of suspense and action in order to help victims of violence and injustice. She will even question the authority of the police chiefs Carvana (Antônio Grassi) and Anita (Elisa Volpatto).

One of the cases that catches her attention is that of Tânia (Aline Borges), a woman deceived by a scammer who initiates his attack on the internet. The other is Janete (Camila Morgado), the wife of Brandão (Eduardo Moscovis), an intelligent and dangerous serial killer. Behind the facade of a caring husband and exemplary professional, he reveals a cruel mind capable of imprisoning his prey like birds in a cage.

Based on the celebrated eponymous crime novel written by criminologist Ilana Casoy and writer Raphael Montes, Good Morning, Verônica has a soundtrack signed by Dado Villa-Lobos and Roberto Schilling. The singer Elza Soares, who sings the song Maria da Vila Matilde on the trailer, is part of the musical selection.

With its premiere on October 1st, only on Netflix, the show was created and adapted for TV by Raphael Montes, with the script by Raphael himself along with Ilana Casoy, Gustavo Bragança, Davi Kolb and Carol Garcia. José Henrique Fonseca is the general director – Izabel Jaguaribe and Rog de Souza also direct the show. The executive producers are José Henrique Fonseca, Eduardo Pop, Ilana Casoy, and Raphael Montes. The production company is Zola Filmes..

Zola Filmes is a Rio-based audiovisual production company focusing exclusively on fictional content. Its productions include the TV series Mandrake (2012), the drama series Lúcia McCartney (2016) and Espinosa (2015), and the children’s series Valentins (2017). Established in 2011, it was founded by José Henrique Fonseca, Eduardo Pop, and Gustavo Bragança.

About the book Bom Dia, Verônica

Published by Darkside Books in 2016 under the pseudonym Andrea Killmore, the thriller BOM DIA VERÔNICA sold 10,000 copies in its first run and sparked fans’ curiosity about the author’s real identity. Now, the long-time secret is out: Ilana Casoy, criminologist and author, and Raphael Montes, author and screenwriter, collaborated on the novel that mixes real crime and fiction, and is due for a new edition this year.