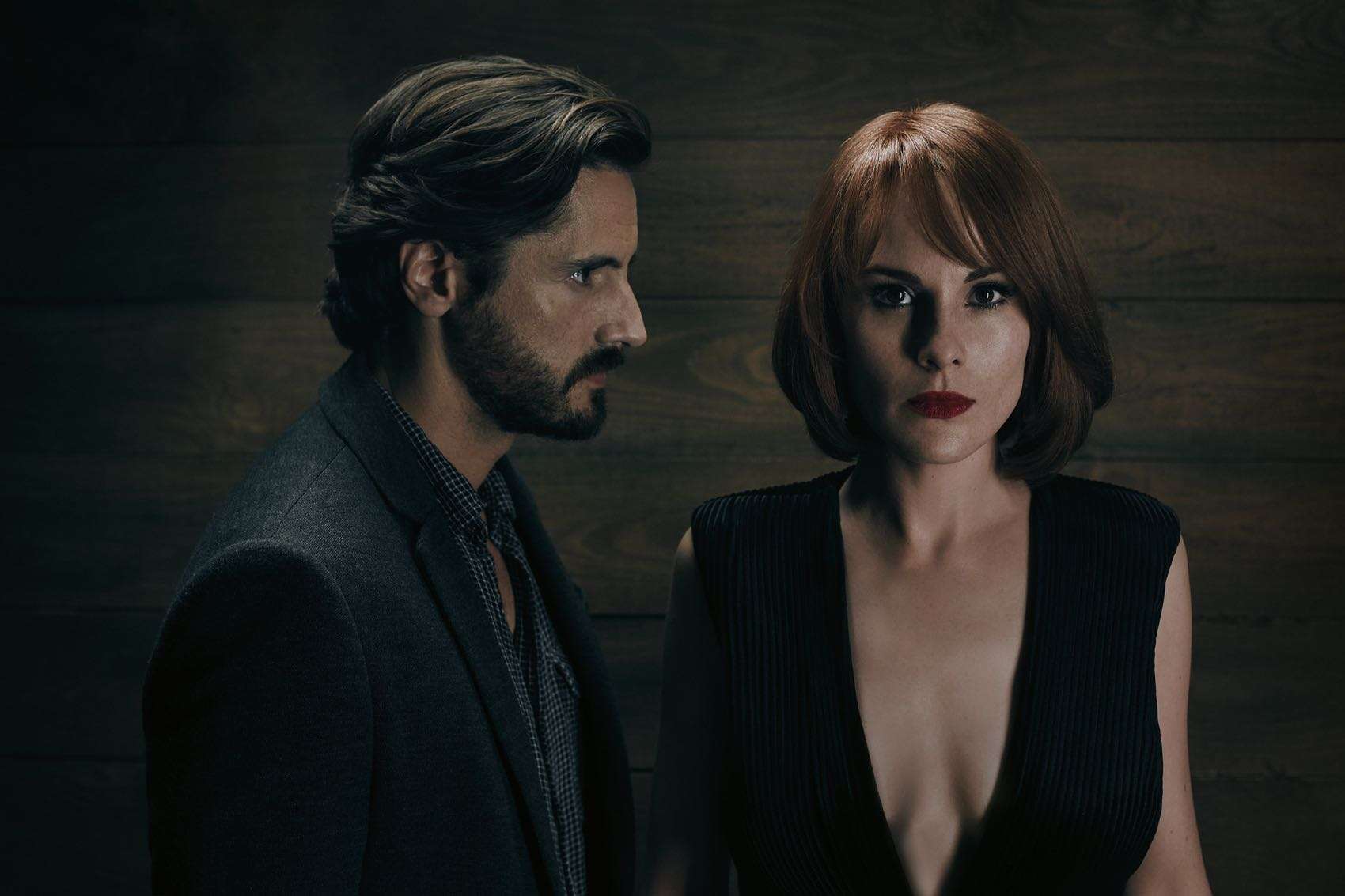 TNT’s latest drama is GOOD BEHAVIOR, premiering tonight. Based on the book series by Blake Crouch (The Wayward Pines Trilogy), the program follows an alcoholic con artist on parole from prison who gets drawn back into the underworld in a big way. She’s just a small-time thief, but when she steals from an assassin, she suddenly goes even deeper into the dark side with no clear path back.

Our protagonist, Letty Dobesh, is played by Michelle Dockery of Downton Abbey fame. While Lady Mary could be a bit of a jerk from time to time, she certainly would not approve of Letty’s behavior, and it’s quite a different role for her. Gone is the British accent, and in its place are wigs, a bunch of role playing, and some guns. Dockery does all right, but I just don’t know if she’s the right person to lead GOOD BEHAVIOR.

To be fair, few actresses would be great in this series, and that’s more the fault of the program than the performer. It’s pretty messily plotted, with twists coming quickly and too conveniently, motivations barely examined before rocketing on to the next thing, and an emphasis on flash over substance. It’s laid out as sort of a case of the week, but wrapped in a serial story. So that fact that Dockery can’t make it believable isn’t entirely surprising.

GOOD BEHAVIOR does try to flesh Letty out by giving her a child she’s trying to regain custody of and a far-too-lenient parole officer, Christian (Terry Kinney, Billions, Oz). Yet, rather than providing context for Letty, these seem to be set dressings. If Letty were really devoted to her kid, she might try harder to turn over a new leaf. And if Christian were even a little good at his job, he wouldn’t allow her to walk all over him. It feels flat, elements stolen from better stories to try to dress up a mediocre show.

The chemistry between Dockery and Juan Diego Botto (Zorro, Roma), who plays the killer, Javier, whose thumb Letty gets trapped under, isn’t bad. In fact, I’d bet that GOOD BEHAVIOR is banking on the steamy, dangerous romance as the primary draw. Will they sleep together? Almost certainly. Will they fall in love and allow that to get in the way of their criminal activities? That’s a little less obvious, but if the series runs for a few years, almost equally certain.

The problem is that a little flirtation doesn’t make up for the weak overall presentation. With only four main characters, the fourth being Lusia Strus’ (Wayward Pines) Estelle, there’s a lot of lingering focus on the main players, especially the central pair. So when the plot is flimsy around them, without totally showing a realistic relationship or reasons for what the players are doing, then the whole thing doesn’t hold up very well.

I do think TNT has been trying to make better dramas lately. But most of their shows tend to be like GOOD BEHAVIOR, interesting ideas that are not as well developed as the same series might be on their leading basic cable competitors, FX and AMC. I will give TNT credit for having a brand and sticking with it, but I can’t help but wish they allowed themselves to get a little more complex in their storytelling. Letty would be a much more interesting character if the series toyed with ambiguity and shades of grey, which in this case are minimized in favor of action.

So should you watch GOOD BEHAVIOR? Well, if you like other TNT series, you probably are already adjusted to the lowered expectations that come with viewing that network, and may enjoy this one, too. If you’ve wanted to watch TNT, or have occasionally given in only to be disappointed, this program is not going to change your mind; stay away.