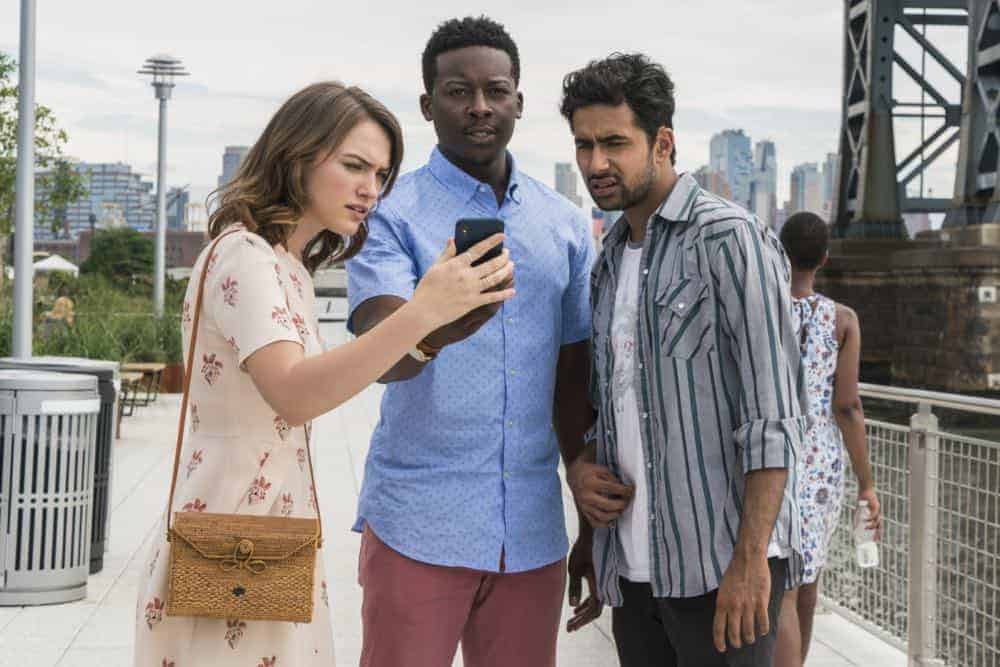 GOD FRIENDED ME Season 1 Episode 3 Photos Heavenly Taco Truck – “Heavenly Taco Truck” – Miles’ wallet is stolen when he, Rakesh and Cara check out a food truck the God Account suggests that he “like.” But when the account then suggests that he befriend a private investigator, Miles decides to turn the tables and have the PI help him track down the thief, who Miles believes is linked to the account, on GOD FRIENDED ME, Sunday, Oct. 14 (8:30-9:30 PM, ET/8:00-9:00 PM, PT) on the CBS Television Network.