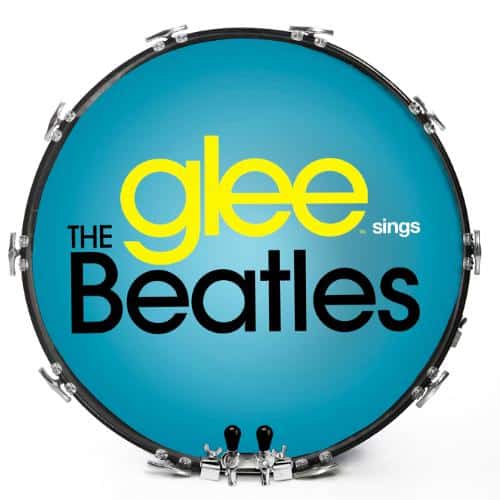 Get ready for some Gleatlemania! The Glee cast introduces The Beatles’ legacy to a new generation with the album release of Glee Sings The Beatles on Tuesday, September 24. Glee Sings The Beatles includes 14 songs from the first two episodes of Glee’s fifth season, which will premiere on Thursday, September 26 (9:00-10:00 PM ET/PT) on FOX.  The album will feature the Glee cast’s take on the Fab Four’s iconic classics such as “All You Need Is Love,”  “Let It Be,” and “A Hard Day’s Night” (see below for full track-listing).

On the all-new “Love, Love, Love” premiere episode airing Thursday, September 26, the New Directions are back in action and take on their biggest assignment yet: The Beatles! As Will enlists the kids to pay homage to the classic song catalog from the Fab Four, Blaine and Kurt attempt to answer questions about their future together. Meanwhile, Rachel’s New York ambitions take an unexpected turn.

Beatlemania continues at McKinley with the “Tina in the Sky with Diamonds” episode airing Thursday, October 3 (9:00-10:00 PM ET/PT).  It’s time for the students to vote for prom queen and king, but when Tina receives a nomination, she takes on a fierce attitude that alienates her biggest supporters. Meanwhile, Rachel adjusts to a new attitude of her own as she and Santana work at a Broadway diner to make ends meet.

Since its debut in 2009, Fox’s Glee has pioneered the comedy musical genre, becoming an unstoppable phenomenon that has redefined modern television and broken multiple music sales records.  From the anthem hit “Don’t Stop Believin'” to the widely praised mash-up of Adele’s “Rumour Has It” and “Someone Like You,” Glee has sold over 55 million tracks and over 13 million albums worldwide.  Throughout its four seasons, Glee has also set a groundbreaking record for the most songs charted by a single act on the Billboard Hot 100, surpassing records previously held by Elvis Presley, The Beatles and James Brown.  With their incredible record sales, Glee has made a name for itself in music history.

The full track listing for Glee Sings The Beatles is as follows: