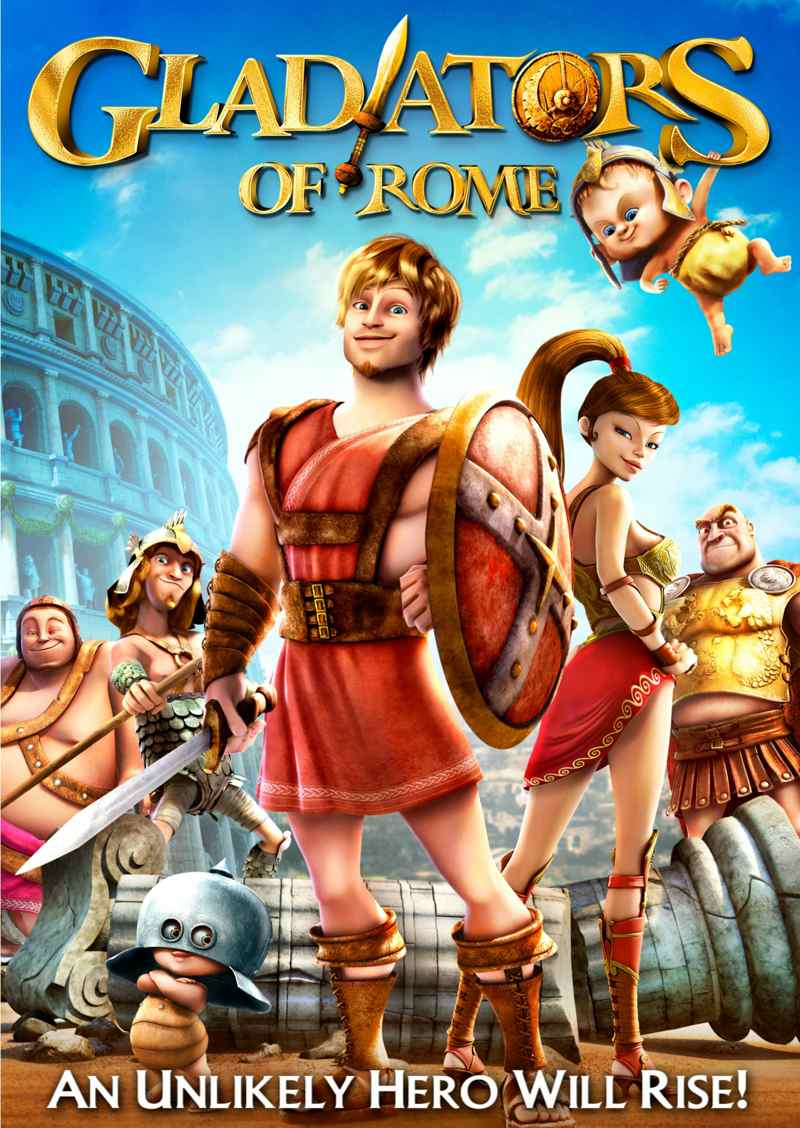 Seat42f and Paramount Home Entertainment have teamed up to give THREE lucky winners a copy of GLADIATORS OF ROME  on DVD. For a chance to win leave a comment below telling us why you want to add GLADIATORS OF ROME to your DVD collection. Only one entry per person. Contest ends March 3rd. Winners will be notified on March 4th via email so make sure to use a valid email address when you post your comment.

From writer/director Iginio Straffi  (“Winx Club”) GLADIATORS OF ROME makes its DVD debut on February 17, 2015 from Paramount Home Media Distribution. GLADIATORS OF ROME tells the hilarious story of an unlikely hero during the golden age of the Roman Empire. The delightful animated adventure follows Timo, a student at the Gladiators’ Academy in Rome, who has no desire to become a legendary gladiator like his stepfather. That is, until the mesmerizing Lucilla walks into his life. With the help of an unlikely band of sidekicks, Timo is determined to be the gladiator of her dreams and embarks on an action-packed journey to become the Colosseum’s first victor!