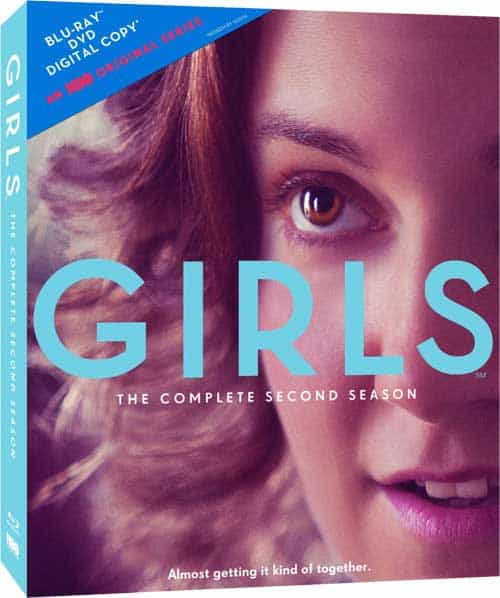 Seat42f and HBO Home Entertainment have teamed up to give THREE lucky winners a copy of GIRLS Season 2 on BLURAY. For a chance to win leave a comment below telling us why you want to add GIRLS Season 2 to your BLURAY collection. Only one entry per person. Contest ends August 22nd. Winners will be notified on August 23rd via email so make sure to use a valid email address when you post your comment.

Since its debut in 2012, Girls has become of the most critically acclaimed and buzzed about shows on television. TV Guide hails the series as “fearlessly raw,” the Los Angeles Times proclaims it “excruciatingly funny” and the New York Times calls it “a phenomenon.” Created by and starring Lena Dunham, who also executive produced along with Emmy® winner Judd Apatow and Jenni Konner, Girls was the winner of two 2012 Golden Globe Awards for Best Television Series-Musical or Comedy and Best Performance by an Actress in a Television Series-Musical or Comedy (Dunham). Girls: The Complete Second Season releases on Blu-ray with HBO Select* ($49.99), DVD ($39.98) and Digital Download on August 13, 2013 and features hilarious bonus features including gag reels, deleted scenes and much more.

This season, Hannah is seeing a new guy, but still feels responsible for Adam, her bed-ridden ex, as he recovers from the fateful accident that ended season one. Disappointed at work, the recently single Marnie needs the support of her best friend and former roommate, yet the distance between them seems greater than ever. Jessa returns from her honeymoon, ready to plant new ideas in Hannah’s head and newly experienced Shoshanna struggles to navigate the challenges of a shaky relationship with Ray.