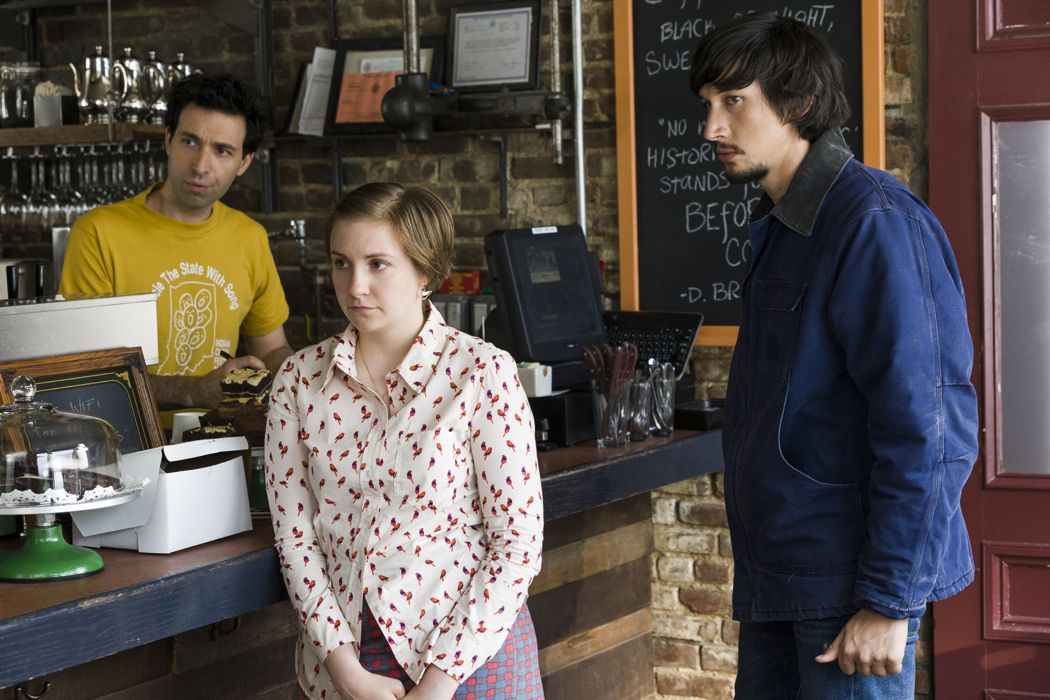 HBO’s GIRLS makes a strong comeback this week with “Females Only.” At that start of the third season, a couple of the girls are starting to seem more like women and less like children, getting their stuff together. And the other two, one of whom previously was the most put-together, are practically in free-fall. But sometimes you have to make mistakes so that you can learn from them.

“Females Only” opens with a peaceful morning montage, which only lasts until the first dialogue-driven scene, moments later, which is quite messy. I love the contrast and the literal interpretation of ‘rude awakening.’ It just seems like such a smart way to begin the year.

The confrontation happens when one of Adam’s ex-girlfriends, Natalia (Shiri Appleby), shows up to chew out the man who she feels screwed her over. Actually, it’s more her friend Angie (Amy Schumer) that does the chewing out, but you get the picture. All of this happens in front of Hannah (Lena Dunham), who is actually feeling good about where she is with Adam (Adam Driver) at present.

Now, the Natalia / Angie / Adam scene could have been a way to tie up loose ends, or to bring back a familiar face, but GIRLS uses it for so much more than that. In fact, the scene drives the way Hannah and Adam connect later in the episode, which is well mixed with an amazing group dinner scene. This installment is really clever in the way the events support one another, and are used to illustrate a relationship.

Adam and Hannah’s relationship will never look like what many of us think of as normal. Yet, there is something real and special between them, something we can admire as sweet. The more the viewer gets to know Adam, peeling back the layers, the less weird he seems and the more sympathetic he becomes, despite his antisocial behavior. “Females Only” is a very good Adam episode.

At the same time that we’re learning about Adam, we also get a further look into the dynamic between Marnie (Allison Williams) and her mother (Rita Wilson). Marnie has everything on track except her love life, with Charlie (Christopher Abbott) having abandoned her. However, her mother sees only the negative things going on for Marnie, which explains some of how Marnie feels about herself. Very enlightening.

It’s shame Abbott departed the show under public and rocky circumstances last year. Charlie and Marnie are in a good place at the end of season two, and that could very well have continued. But it’s also kind of a good thing that he is gone because it gives Marnie more room to grow. Last year was a lot about finding herself, which she has now done on several levels. Now, she gets to explore another element of her personality without a guy present to distract her.

Shoshanna (Zosia Mamet) has a new plan laid out in front of her, and while her part in the premiere is small, it is funny and extremely typical of what we’re used to from her.

I do feel like the enigma of Jessa (Jemima Kirke) is unraveling, which is a good thing. “Females Only” finds her in rehab, a situation that is not to her liking, and she quickly makes it miserable for everyone around her, too. Which is not to say it doesn’t do her any good. As much as she fights against this establishment, she does have a revelation or two about herself, and it helps fans of GIRLS to understand her.

The interesting thing about Jessa is that she’s not entirely wrong in her outlook, even when her approach is completely backwards from what it should be. She is a very honest person, and generally truth is a good thing, but she somehow manages to misuse it. It’s a defense mechanism, and one she will eventually have to shed if she wants to get along with the world. But she does make some valid points in the midst of her poor behavior. Or, at least she convinces us she does, which is sort of the same thing, and something to admire about her character.

The thing I am enjoying about season three of GIRLS, right from the get go, is that each character is finding out who they are, and we at home are doing so, too, at the same time. This show has always been about a journey, and we’re now far enough long to get a picture of the longer game. I think this first episode is very well done, and is a sign of good things to come.

GIRLS premieres with a double episode (this review only covers the first half) Sunday at 10 p.m. ET on HBO.