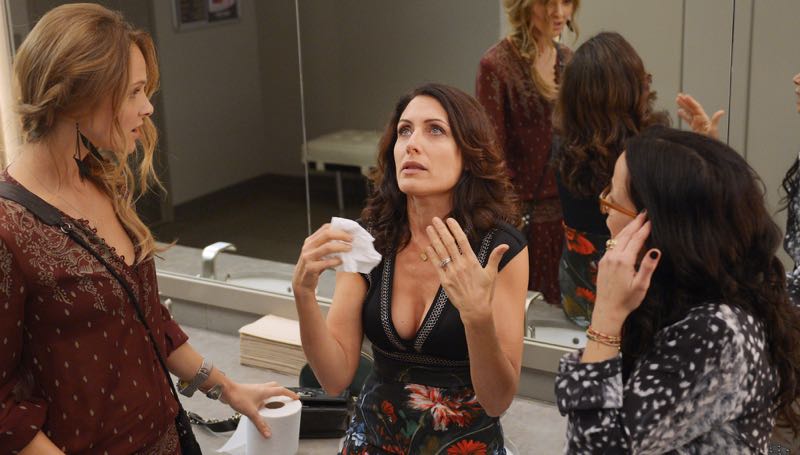 Bravo Media has greenlit a second season of its first original scripted series “Girlfriends’ Guide to Divorce,” from Universal Cable Productions (UCP). Production will commence this summer on 13-episodes. From creator and executive producer Marti Noxon, the series follows Abby McCarthy (Lisa Edelstein), a self-help book author whose seemingly perfect career and marriage simultaneously implode, and she finds herself navigating life as a single woman in her 40s.

“‘Girlfriends’ Guide to Divorce’ has struck a chord with Bravo viewers with its sharp-witted humor and emotionally honest take on divorce and starting over,” said Lara Spotts, Senior Vice President of Development for Bravo Media.  “We are extremely proud of the talent and creative team, and can’t wait to see what the future holds for Abby McCarthy.”

“We’ve been excited about ‘Girlfriends’ Guide’ since the day Marti brought it in and we were elated it became Bravo’s first scripted series,” said Jeff Wachtel, President and Chief Content Officer, NBCUniversal Cable Entertainment. “Lisa Edelstein and the rest of the incredible cast have sparked fresh conversations about strong, complicated women in a smart and entertaining way. We are thrilled to be back for a second season with the great team at Bravo.”

The next episode of “Girlfriends’ Guide to Divorce” airs Tuesday, February 10 at 10 pm ET/PT. In “Rule #46:  Keep The Holidays Low Key,” Abby (Lisa Edelstein) takes advantage of the kids being with Jake (Paul Adelstein) to throw an “Adult Friendsgiving” dinner with new boyfriend Will (Warren Christie).  But as strange things begin to happen around the house, Abby and Jo (Alanna Ubach) question whether or not a spirit has decided to join them for Thanksgiving.  Meanwhile, Phoebe (Beau Garrett) invites Marco (Brandon Jay McLaren) and Delia (Necar Zadegan) gets a surprise visit from her father.