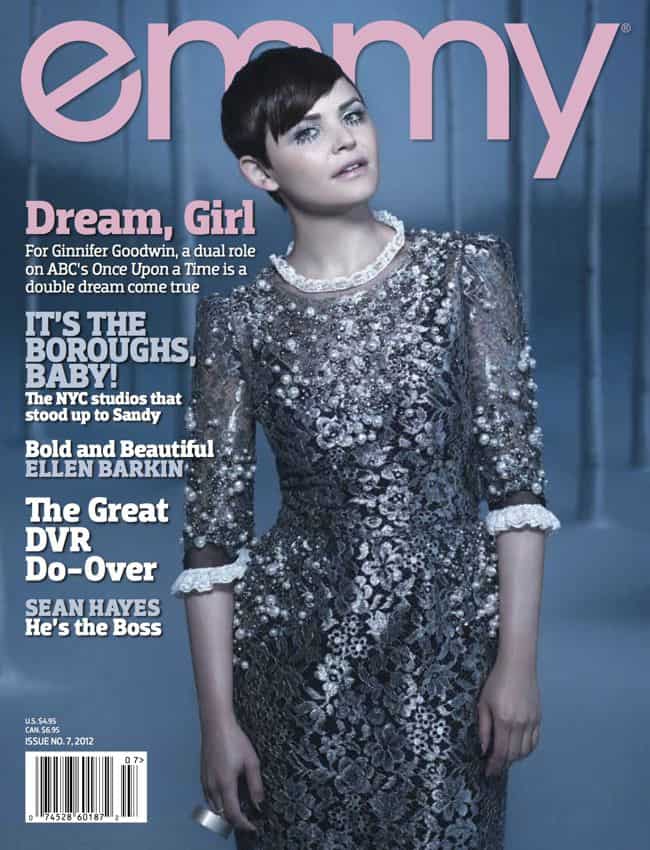 Ginnifer Goodwin, star of ABC’s hit fairy-tale drama Once Upon a Time shows off a mod look in the latest issue of award-winning emmy® magazine, the official publication of the Academy of Television Arts & Sciences.  In a fashion pictorial by photographer Jack Guy, Goodwin smolders in looks designed by Dolce & Gabbana. The actress, who broke out on HBO’s Big Love, discusses playing dual roles in alternate worlds on Once Upon a Time, how she was fated to play the role of Snow White, and the lessons she learned working with Julia Roberts. The latest issue of emmy® magazine will hit newsstands on December 11, and for a behind-the-scenes look at the photo shoot, visit emmys.com.

The new issue also includes a feature on the booming business at Brooklyn and Queens-based film and television production studios that stood up to Hurricane Sandy; profiles on actor-turned-executive producer Sean Hayes of NBC’s Grimm and TV Land’s Hot in Cleveland and The Soul Man; Ellen Barkin of NBC’s The New Normal’; and writer/producer Marti Nixon on her new pilot with Showtime, Guide to Divorce.

In addition, the issue goes behind the scenes on Nickelodeon’s stop-motion animated It’s a SpongeBob Christmasspecial, as well as excerpts from the Television Academy Foundation’s Archive of American Television interview withMichael Moye, writer of classic shows such as Good Times and The Jeffersons and creator of Married…with Children. It also looks at the transition from web to TV for Cartoon Network’s Emmy-winning comedy Children’s Hospital, and the back page spotlight Me and My Emmy captures legendary actress Ellen Burstyn who has won the Triple Crown – an Emmy, Oscar and a Tony.