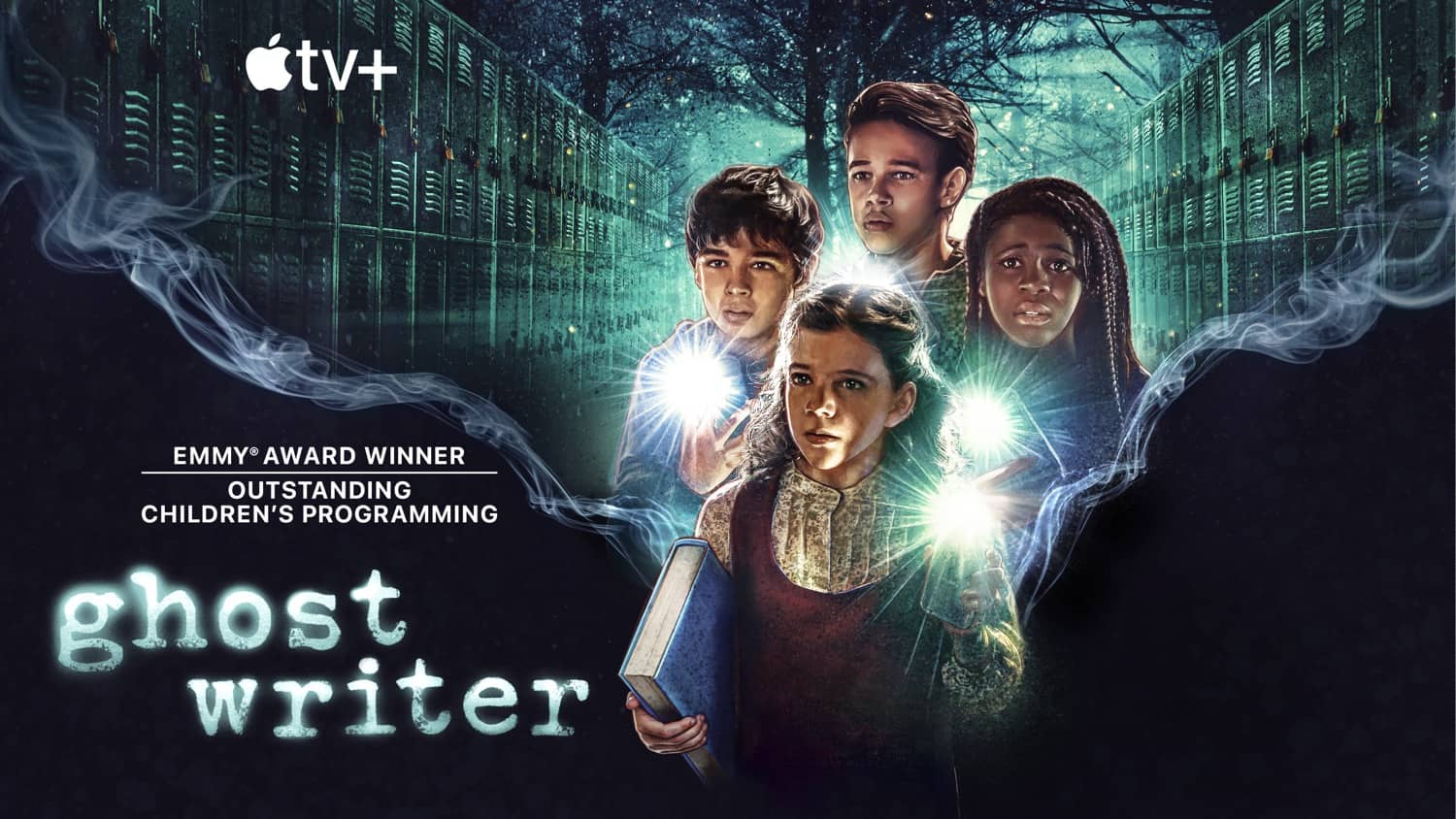 The next chapter awaits. Unlock the magic with a new season of the Emmy Award Winner Ghostwriter, available October 9 exclusively on Apple TV+ https://apple.co/_Ghostwriter

When a ghost haunts a neighborhood bookstore and starts releasing fictional characters into the real world, four kids must team up to solve an exciting mystery surrounding the ghost’s unfinished business. Armed with secret messages only they can see, the young heroes chase down the truth — and become friends in the process.

“Ghostwriter” is a re-imagining of Sesame Workshops’ 1992 series. Each episode story arc is grouped around literature, featuring classics and new works commissioned from popular authors like D.J. MacHale and Kwame Alexander.

The series, which has also earned a highly coveted Prix Jeunesse Award, a Parents’ Choice Gold Medal Award, and recognition from Common Sense Media since its premiere, is a reimagining of the 1992 hit series from Sesame Workshop. The modern-day “Ghostwriter” maintains a city-based, multicultural cast, inviting children ages 6-11 to see themselves on screen as they learn to appreciate a range of new and classic literature. In its second season, the series’ young heroes work to save their bookstore and discover the true identity of the Ghostwriter while introducing audiences to fresh tales like “Malia and the Magic Paintbrush” and “The Cobalt Mask,” and familiar literary characters including Dr. Watson of “Sherlock Holmes” fame.

“Ghostwriter” is part of Apple’s continuing commitment to family-first content and a trusted destination where parents and caregivers can source immersive, educational and entertaining content to stream for their families at home. Other family-first offerings currently streaming on Apple TV+ include the award-winning series “Helpsters,” also from Sesame Workshop, “Snoopy in Space” from Peanuts, “Fraggle Rock” from The Jim Henson Company. Upcoming new series for kids and families that will also soon premiere on Apple TV+ “Doug Unplugs” from DreamWorks Animation, and “Stillwater” from Gaumont and Scholastic Entertainment.