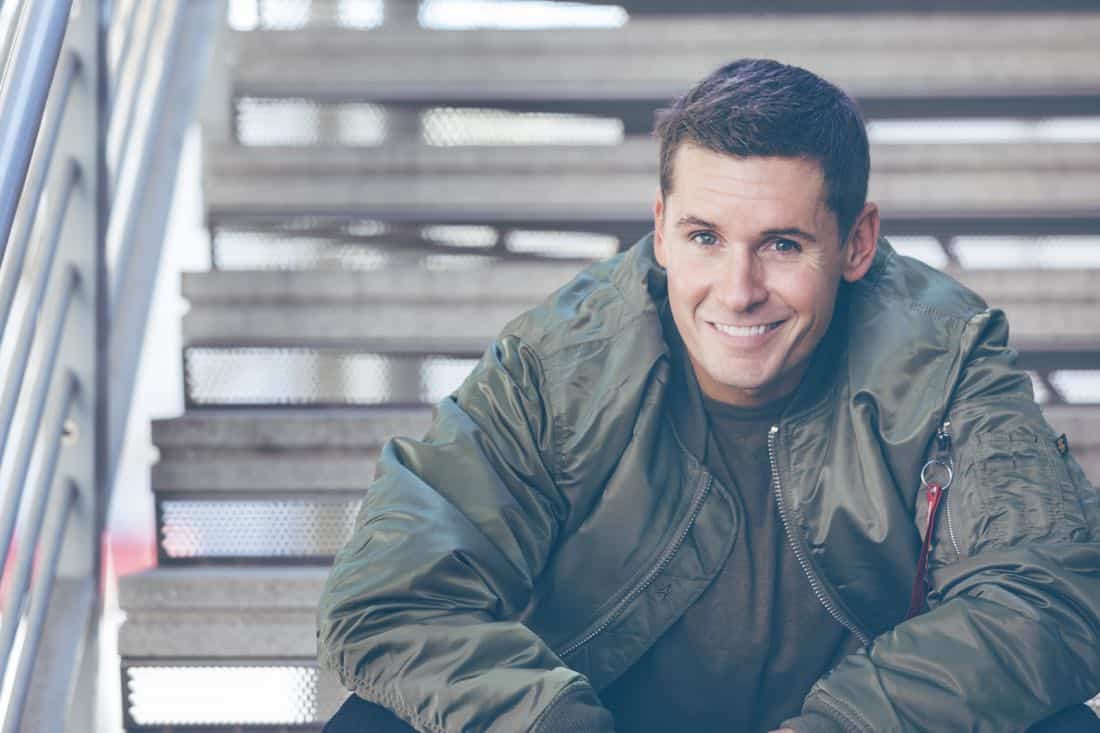 Getting a chance to show off his comedic chops in Fox’s comedy series GHOSTED, Linc Hand clearly is having a ball portraying Agent Kurt Checker. Linc has made appearances in a number of TV shows in recent years, including REVENGE, SOUTHLAND, THE BRIDGE, JUSTIFIED and TRUE BLOOD, but getting the role on GHOSTED has allowed him to play both a James Bond-esque role and have a bit of fun poking fun at the movie hero stereotype as well. In an exclusive interview, Linc talks about the great time he is having working on GHOSTED and how grateful he is to have so many growing opportunities as a working actor.

What initially appealed to you about the role of Agent Kurt Checker and working on GHOSTED?
LINC: Everything! The cast, the premise of the show and to have the chance to play a bad a$$ secret agent. Hahaha. It was a no brainer.

How would you describe who Kurt is?
LINC: He is super cool under pressure. He even pays for his pandora so he can have no commercial interruptions. Hahaha.

What do you most admire and/or like about him?
LINC: His bravery in facing the supernatural and the unknown.

What is it like working alongside such a talented ensemble on GHOSTED? Who do you get to work the most with?
LINC: I have worked most with Mr. Craig Robinson and Mr. Adam Scott. It’s so fun to watch amazing people do their thing. I just try and soak in everything I can.

Any favorite scenes that you got to work on so far?
LINC: The one that stands out most is the first scene I did. I mean I was just on a table being examined but walking in to meet everyone that day and I just had a flesh colored speedo on, was kind of funny and an unforgettable way to meet such well known actors.

Then what is your favorite part about working on the show?
LINC: Honestly, the cast and crew. Everyone is so cool and nice.

What has been the one thing you as an actor haven taken away from working on GHOSTED?
LINC: To be flexible. To be fluid in the moments and don’t set expectations of what a scene is supposed to be.

What do you hope viewers to take away from watching GHOSTED?
LINC: Joy. Just want people to have fun for 30 minutes. Unplug from the world and just have a nice hard laugh.

What is the biggest challenge working on GHOSTED?
LINC: Stopping my ab’s from cramping from laughing on set.

What is the biggest surprise working on GHOSTED?
LINC: I don’t think I have been surprised by anything so far. Just soaking it all in.

What has surprised you most about your career to date?
LINC: That I have gotten to work with such amazing actors. You dream of those kinds of things but to be doing it and have people see it, makes me feel like I’m in a dream and I’m afraid I’m going to wake up.

At this stage of your career, what do you think you have learned from the amazing variety of roles and projects you have worked on?
LINC: That you can play anything. NEVER LISTEN TO ANYONE WHO SAYS YOU CAN’T. To give everything you have on every take because it’s a gift to do this job. So I don’t take opportunities for granted.

Then what are the perks of where you are in your career right now?
LINC: Being on set. It’s super cheesy but when I’m on set, I’m 10 years old and I’m playing pretend.

If there were one role you would like to revisit, which would it be and why?
LINC: I would not like to go back to any of them. I believe good or bad, you learn and grow from all of your experiences. So I would not want to take away from that by going back. Always moving forward. Hahaha. My motivational quote for the day.

Do any of your characters and the situations they find themselves in ever leave a lasting impression on you?
LINC: Yes. They do often. I mean I’m just playing pretend but there are moments that really stick with you. That’s part of the job though. I believe good work is very personal work.

Has there been any great advice you have gotten? What advice would you offer to other upcoming and aspiring actors?
LINC: I have been given some great advice. I was told once by a very well known actor “not to rush my career or to rush trying to get to a certain level but be present and go along for the ride”. My humble advice to any aspiring actor would be that you are enough, don’t let the people who tell you that you are to do this or that or not enough of this or that. Be true to yourself. Be prepared, it may take a long time but if you stick with it, you will get a chance.

Are you actively involved with any charities. Which charity do you work with most? And which would like to see your fans become more involved with and support?
LINC: St. Jude for sure. There are so many wonderful charities. I’m a firm believer in listening to what speaks to you. So whatever that may be to you just pay it forward.

Do you have any other upcoming projects that you can share that fans should keep an eye out for?
LINC: There are a few things in the works right now, but they don’t have release dates yet and a few potential projects, but we will see. So right now, everyone who has tuned into GHOSTED. Thank you for watching. And if you haven’t watched it yet, check it out, I really believe you will have a blast. More to come with Agent Kurt Checker!

To see what fun lies ahead with Agent Kurt Checker, be sure to tune in for all new episodes of GHOSTED on Sunday nights at 8:30 p.m. on Fox. To see what else Lind is up to, be sure to follow him on Twitter @thelinchand and keep an eye out for his performances in the upcoming films “Christmas Memories,” “Lazarus,” and “The Extreme.”