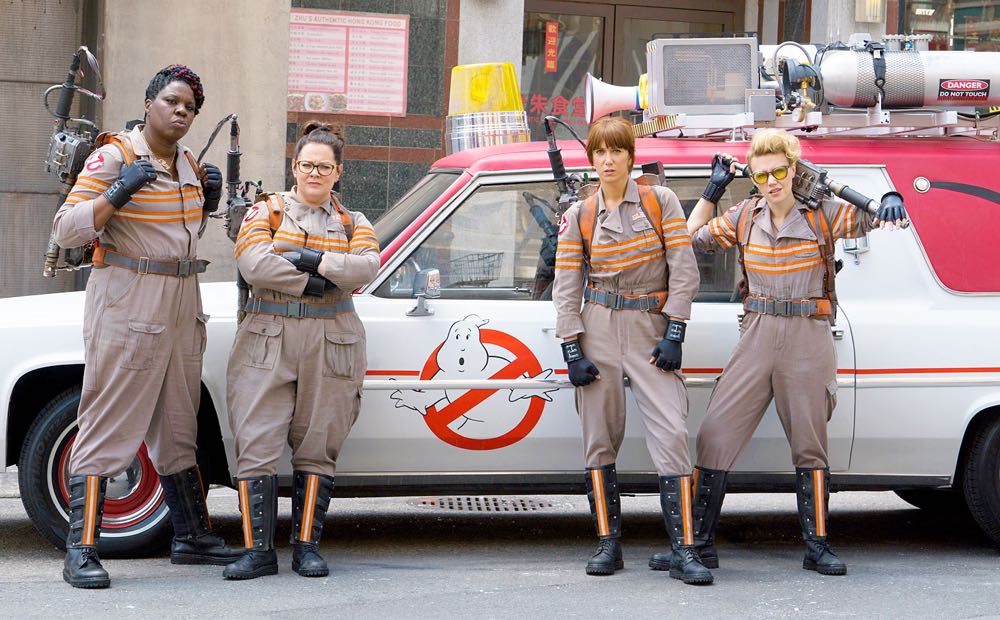 “This Ghostbusters film is not only hilarious, it has the kind of action and spectacle that the IMAX format was made to showcase,” said Rory Bruer, President of Worldwide Distribution for Sony Pictures. “We’re thrilled that audiences will have the chance to experience this incredible movie in IMAX.”

“Ghostbusters is a cultural phenomenon, and we look forward to bringing this exciting re-imagining to IMAX® 3D theatres around the world,” said Greg Foster, Senior Executive Vice President, IMAX Corp. and CEO of IMAX Entertainment. “Sony has assembled a hugely talented team of filmmakers which has created a film with amazing scope and scale in which the stunts, the thrills and, of course, the laughs will all be bigger in IMAX.”

The IMAX® 3D release of Ghostbusters will be digitally re-mastered into the image and sound quality of The IMAX Experience® with proprietary IMAX DMR® (Digital Re-mastering) technology. The crystal-clear images, coupled with IMAX’s customized theatre geometry and powerful digital audio, create a unique environment that will make audiences feel as if they are in the movie.