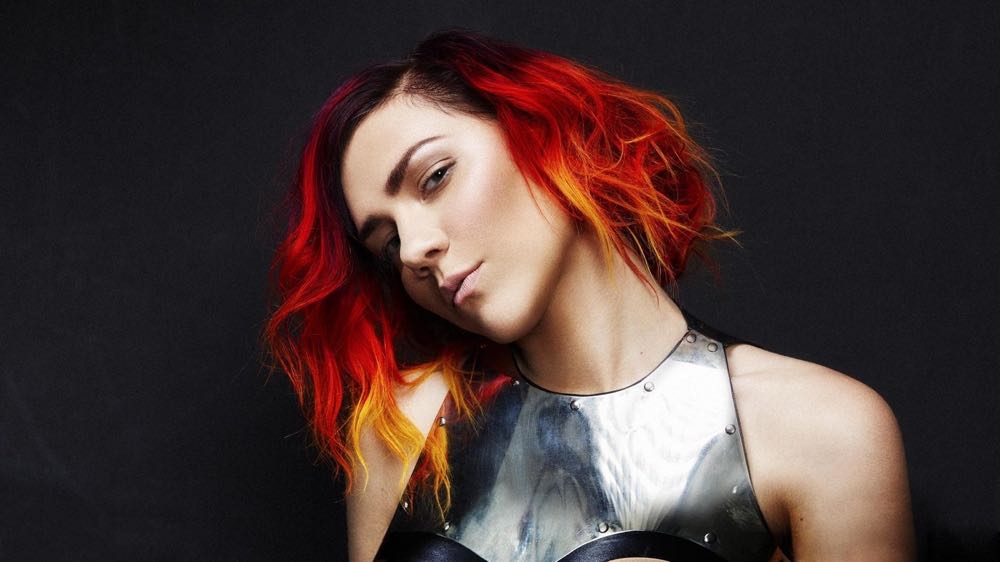 Genevieve is excited to bring her eclectic and ethereal live show back on the road this March and April with A Great Big World on the Kaleidoscope Tour 2016. Genevieve today announces several headlining East Coast tour dates in April including Baby’s All Right in Brooklyn, NY. Tickets for the headlining show go on sale this Friday, March 4.

Tour-de-force vocalist Genevieve blends bold alternative aesthetics and indie pop sounds into a style all of her own. The former front-woman of hit alternative act Company of Thieves, Genevieve embarked as a solo artist with her debut EP, Show Your Colors via Wind-up Records. A triumphant collection of songs rich in textures and multi-layered harmonies, the EP received critical acclaim when it dropped in 2015.

Her new single, ‘Colors’ gained notoriety with a bevy of press looks- ranging from NPR sessions to love from Buzzfeed, Noisey, Billboard, and more. She was also featured on Last Call with Carson Daly. ‘Colors’ was also featured in the GIRLS new season promo trailer and an online New Balance campaign. A PLS&TY remix of the track can be heard in the recent Hershey’s campaign.