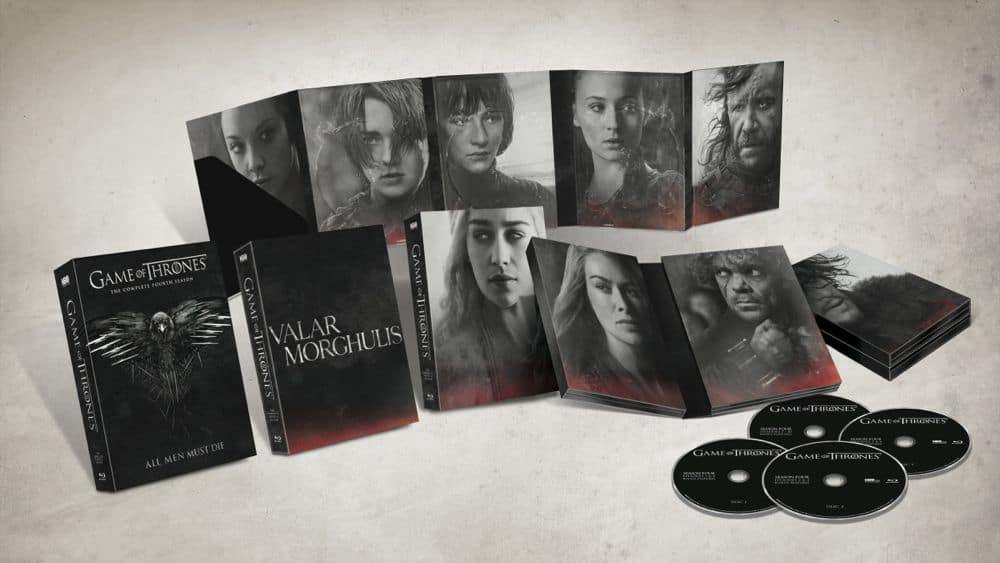 “The most epic, ambitious show on television” (Chicago Sun-Times) is back and bigger than ever when Game of Thrones: The Complete Fourth Season hits stores this winter. Season 4 of the hit HBO series, which broke ratings records and topped The Sopranos® to become the most popular show in the network’s history, was nominated for 19 Emmy® awards including Outstanding Drama Series, Outstanding Supporting Actor in a Drama Series (Peter Dinklage) and Outstanding Supporting Actress in a Drama Series (Lena Headey). One of the best-selling TV on BD/DVD titles in each of its years of release, Game of Thrones follows the noble families of Westeros as they battle for control of the Seven Kingdoms. Available February 17, 2015 on Blu-ray with Digital Copy ($79.98), DVD ($59.99) and Digital HD, Game of Thrones: The Complete Fourth Season is packed with exclusive new bonus content including roundtable discussions, on-set interviews, audio commentaries, and brand new animated histories giving fans hours of extensive, never-before-seen material.

Blu-ray with Digital Copy – includes all DVD features plus: 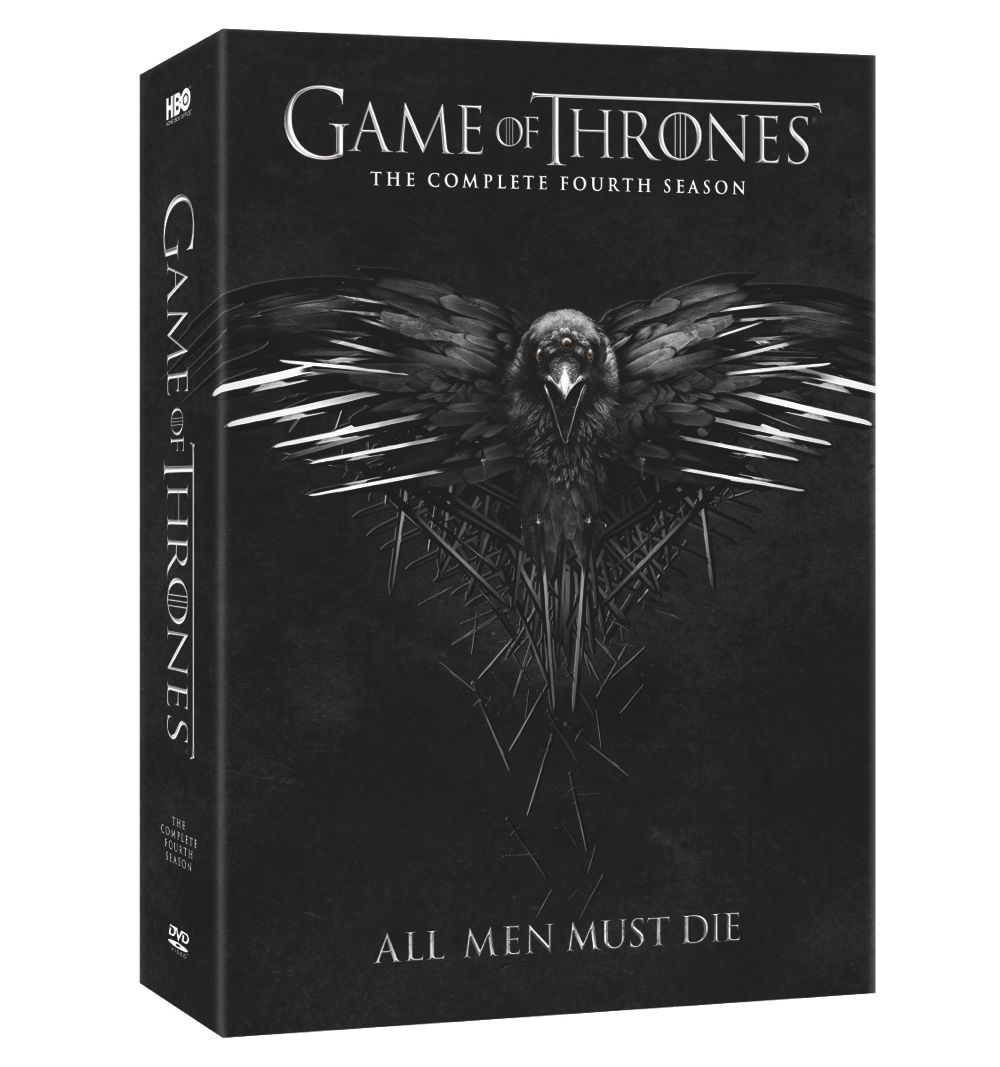