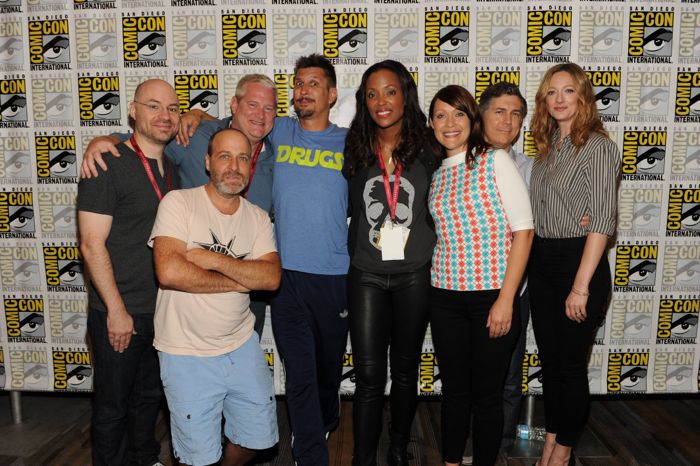 June 22, 2016 – FX will fire up fans at San Diego Comic-Con with exclusive video content and panel discussions with the stars and creators of The Strain and Archer:

The Strain: Screening and Q&A
The munchers are back! The Strain, FX’s action-packed vampire thriller based on the best-selling books from Guillermo del Toro and Chuck Hogan debuts its third season on Sunday, August 28 at 10 PM ET/PT. The Strain is a high concept thriller that tells the story of Dr. Ephraim Goodweather who is called upon to investigate a mysterious viral outbreak with hallmarks of an ancient and evil strain of vampirism. As the strain spreads, Eph and an assembly of everyday New Yorkers, wage war for the fate of humanity itself. At SDCC, get an exclusive sneak peek of the upcoming third season, PLUS, the debut of a not-to-be-missed, Comic-Con Exclusive original video that’s sure to go viral. Join Showrunner / Executive Producer / Director / Writer Carlton Cuse, Co-Creator / Executive Producer / Writer Chuck Hogan, and stars Kevin Durand (“Vasiliy Fet”), Ruta Gedmintas (“Dutch Velders”), Richard Sammel (“Thomas Eichhorst”) and Miguel Gomez (“Augustin ‘Gus’ Elizalde”) as they discuss the challenges (and fun!) of bringing this chilling world to life.