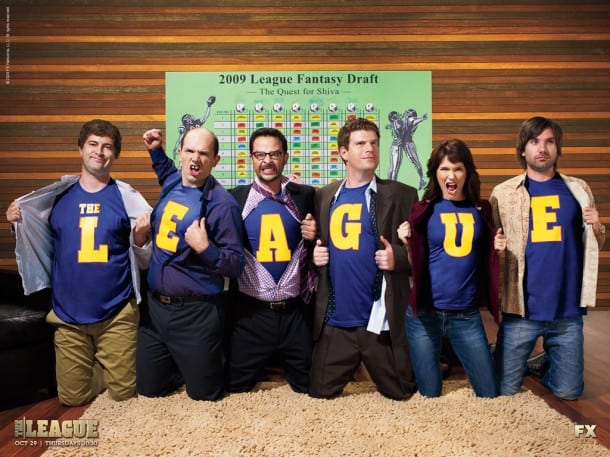 “The League is flat-out one of the funniest shows on television,” said Grad. “Co-creators Jeff and Jackie Schaffer have such a perfect take on the material and the show has an amazingly talented ensemble cast of stars. Another season was an easy decision and we hope to have it on our schedule for many more years to come.”

Jackie Schaffer said, “It’s a dream job – we get to make a show we love with a brilliant cast on a fearless network. If the Mayans and Dirty Randy are right and the world ends tomorrow, at least we can say we made it to Season 5.”

FX’s ensemble comedy follows a group of old friends in a fantasy football league who care deeply about one another – so deeply that they use every opportunity to make each other’s lives miserable. It was created by the husband-and-wife team of Jeff Schaffer and Jackie Marcus Schaffer who serve as executive producers and directors. The cast features Mark Duplass, Stephen Rannazzisi, Nick Kroll, Paul Scheer, Katie Aselton and Jon Lajoie. The series is produced by FX Productions.

FXX Orders Seventh And Final Season Of THE LEAGUE