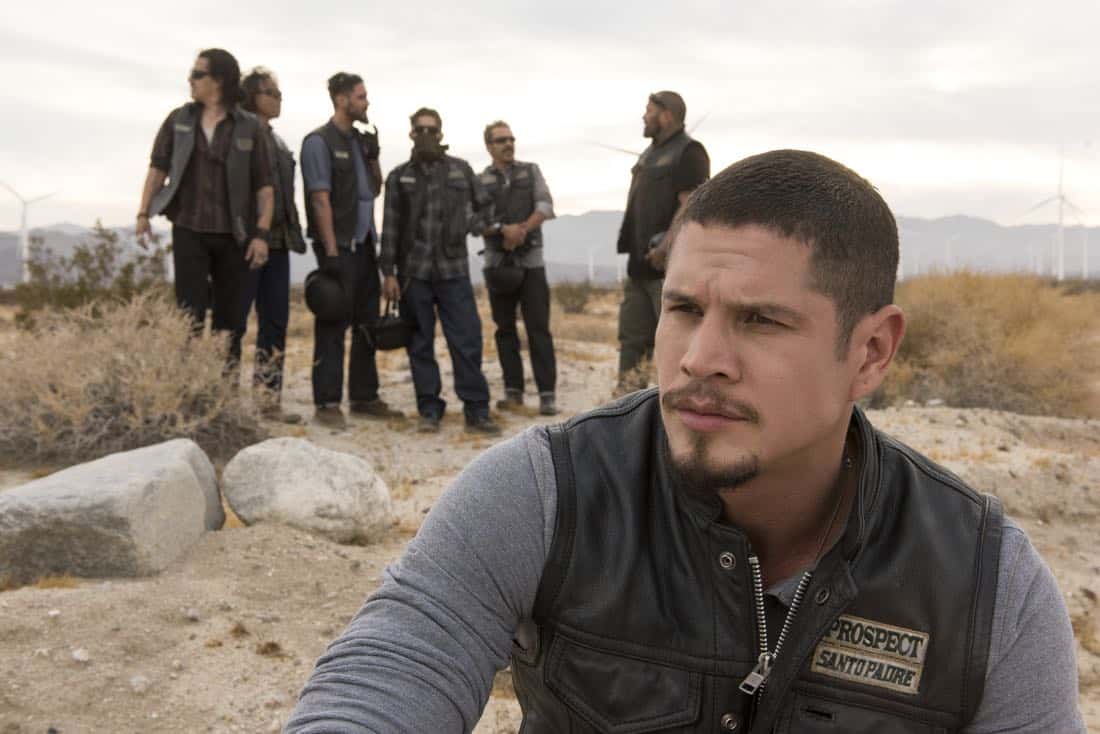 Mayans M.C. has been renewed for a third season, building on the strength of its current second season, it was announced today by Nick Grad, President, Original Programming, FX Entertainment. It was additionally announced that Co-Creator and Executive Producer Elgin James will serve as showrunner for the series’ third season, which is scheduled to return to FX in the fall of 2020.

“We’re happy to continue telling the story of Mayans M.C. with our partners at Fox 21 and excited that Elgin James has earned the opportunity to become the series’ showrunner,” said Grad. “Kurt Sutter identified and chose Elgin as his partner on the show from the outset and Elgin has been instrumental to the success of the series, leveraging his experience and creative vision to make Mayans M.C. with this incredible cast, crew and creative team.”

“Keeping this vibrant series strong is a huge priority to everyone at Fox 21 Television Studios, FX Productions and of course FX, which has been a spectacular home and platform for both Mayans M.C. and Sons before it,” commented Fox 21 TVS President Bert Salke.

After finishing 2018 as cable’s most-watched new series for the year in Adults 18-49, Mayans M.C. returned strong for its second season, currently ranking #6 in Adults 18-49 among the 172 cable scripted series in 2019 and in the Top 10 in all other key demos (Live+7). Across all linear and non-linear platforms, Mayans M.C. is averaging 4.6 million Total Viewers per episode.

Created by Kurt Sutter and Elgin James, Mayans M.C. is the next chapter in the award-winning Sons of Anarchy saga. Set in a post-Jax Teller world, Ezekiel “EZ” Reyes (JD Pardo) is a prospect in the Mayans M.C. charter on the Cali/Mexi border. Once the golden boy with the American Dream in his grasp, EZ is trying to reconcile with his brother “Angel” (Clayton Cardenas) while searching for the truth behind their mother’s death. Meanwhile, their father “Felipe” (Edward James Olmos) is struggling to lead his sons down a righteous path. The series also stars Sarah Bolger, Michael Irby, Carla Baratta, Antonio Jaramillo, Raoul Max Trujillo, Richard Cabral, Danny Pino and Emilio Rivera. Mayans M.C. is produced by Fox 21 Television Studios and FX Productions.

Critics have also noted the strength of the series as it builds in intensity through season two:

“Mayans M.C. had expanded the world of Sons of Anarchy and allowed its characters to reach far greater heights. And those were some large shoes to fill. The bar may have been set higher for Mayans M.C. than for the rest of the season’s new shows, but the spin-off managed to exceed the expectations of even its most cynical viewers, and that’s why we have full faith in its future.”

About FX
FX is the flagship general entertainment basic cable channel of FX Networks. Launched in June of 1994, FX is carried in 86 million homes. The diverse schedule features a growing roster of critically-acclaimed and award-winning hit drama series including Snowfall, Pose, Mayans M.C., Taboo and the upcoming Y; the critically-acclaimed limited series American Horror Story, Fargo, American Crime Story, FEUD, Fosse/Verdon and the upcoming Devs, Shōgun, Mrs. America and A Teacher; acclaimed hit comedy series including Atlanta, Better Things, What We Do in the Shadows and the upcoming Breeders; the half-hour series Mr Inbetween; a slate of docuseries and documentary features, including The Weekly with The New York Times; and the upcoming special A Christmas Carol. FX is the former home of the critically-acclaimed and award-winning hit drama series The Shield, Nip/Tuck, Rescue Me, Damages, Sons of Anarchy, Justified and The Americans. The network’s library of acquired box-office hit movies is unmatched by any ad-supported television network.