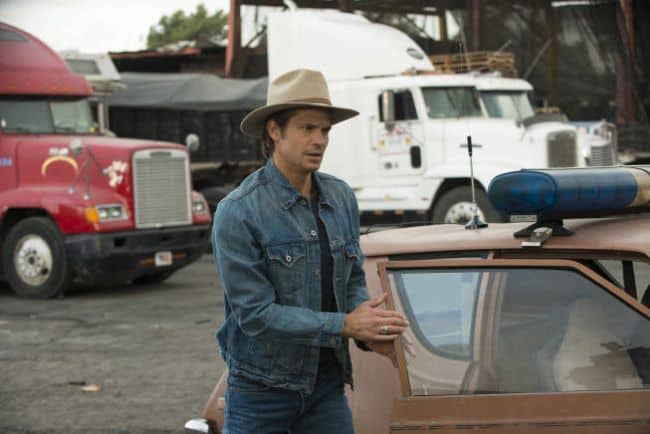 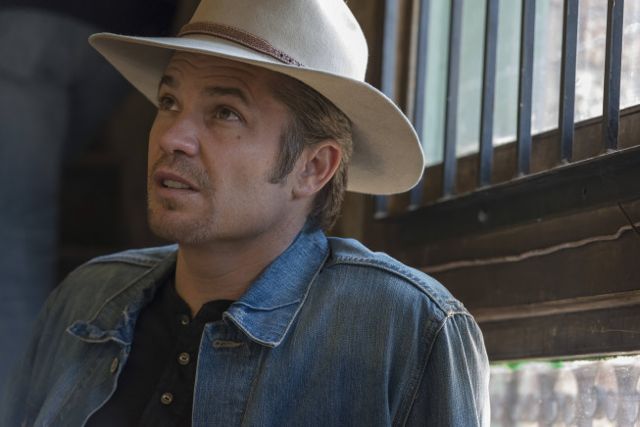 “Justified is one of television’s best series and this season has reinforced that excellence,” said Grad. “Graham Yost and his writing team continue to deliver compelling material and richly drawn characters brought to life by the brilliance of Timothy Olyphant and our terrific ensemble cast.  Their work is validated by universal acclaim, awards, and ratings that have grown every year. We look forward to many more seasons to come.”

Developed for television by Graham Yost and starring Timothy Olyphant, Justified (TV-MA) is based on the popular Elmore Leonard character “Deputy U.S. Marshal Raylan Givens” from his short story Fire in the Hole and some of his other novels.

“There are many reasons all of us on Justified are grateful to get a chance to do another season,” said Yost.  “We get to do more work with amazing actors, writers, producers, directors, musicians, editors and a jaw-droppingly talented crew.  We get to keep doing a show that appeals to a wide demographic: people in Harlan, retired US Marshals, criminals (we honestly did hear that), and, most happily, our guide, our muse, Elmore Leonard.  Best of all, we get to keep doing a show on FX (and while that may sound like craven ass-kissing, when you look at their roster, you can’t help but feel grateful to be on that list).”

“Graham’s modern day take on the western and masterful storytelling have helped bring the genre to the forefront,” said John Westphal, Senior Vice President, US. current programming, Sony Pictures Television. “The storytelling and performances brought to life by Tim Olyphant, Walton Goggins and the rest of the cast, continue to elevate the series season after season.”