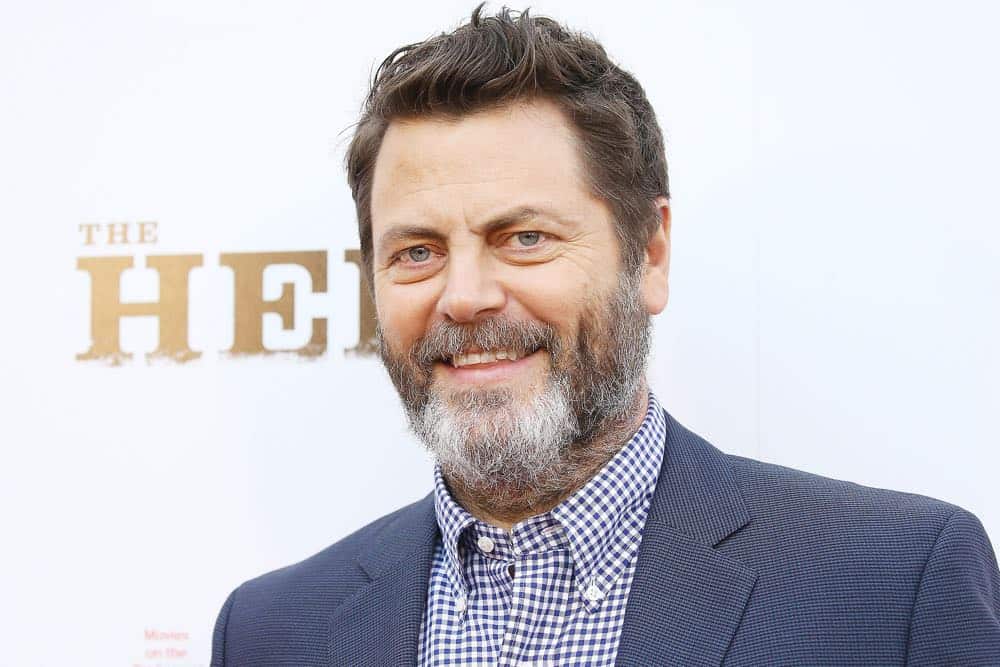 FX announced today that it has ordered the limited series Devs from award-winning writer/director Alex Garland, it was announced today by John Landgraf, CEO of FX Networks and FX Produtions. FX also announced the cast of Devs, which had previously been developed as a pilot. Devs will star Sonoya Mizuno, Nick Offerman, Jin Ha, Zach Grenier, Stephen McKinley Henderson, Cailee Spaeny and Alison Pill. The eight-episode Devs will premiere on FX in 2019.

Garland will Executive Produce Devs along with Andrew Macdonald and Allon Reich of DNA TV, Eli Bush and Scott Rudin with whom he partnered with on the acclaimed feature film Annihilation and the Academy Award®-winning Ex Machina, and Eli Bush. The series will be produced by FX Productions.

“After reading all 8 scripts and hearing Alex’s brilliant vision and commitment to direct all of the epsiodes, it was an easy decision to order Devs to series.” said Landgraf.  “Alex is a visionary artist who with his partners has put together a stellar cast.  We are grateful to Alex, Andrew, Allon, Scott, Eli and the brilliant casting team led by Carmen Cuba.”

In Devs, a young computer engineer, Lily Chan, investigates the secretive development division of her employer, a cutting-edge tech company based in San Francisco, who she believes are behind the murder of her boyfriend.

Sonoya Mizuno (Ex Machina, Maniac, Crazy Rich Asians) will play “Lily Chan.” Lily is a software engineer who works at Amaya, a cutting edge tech company, and comes to suspect her employer may be responsible for the death of her boyfriend.

Nick Offerman (Fargo, Parks and Recreation, Hearts Beat Loud) will play “Forest.” Forest is the CEO of Amaya, whose obsession is the covert work of the company’s development division.

Zach Grenier (The Good Wife, Deadwood) will play “Kenton.” Terse, dry and dangerous , Kenton is the head of security at Amaya.

Stephen McKinley Henderson (Ladybird, Fences, Manchester by the Sea) will play “Stewart.” Stewart is a cultured intellectual from another era and one of the top technical minds working in Amaya’s secret development division.

Cailee Spaeny (Bad Times at the El Royale, On the Basis of Sex, Pacific Rim: Uprising) will play “Lyndon,” a young, brilliant, and stubborn employee who works in Amaya’s secret development division.

Alison Pill (American Horror Story: Cult, Snowpiercer, The Newsroom) will play “Katie.” Katie is a gifted quantum physicist tapped by Forest to be his second in command at Amaya.

Sonoya Mizuno will next be seen in Warner Bros’ Crazy Rich Asians opening August 15. On the small screen, Mizuno will be seen this fall starring opposite Jonah Hill and Emma Stone in the Cary Fukunaga Netflix series Maniac. Later this year, Mizuno will be seen appearing opposite Mary Elizabeth Winstead and Common in the independent feature All About Nina, which recently premiered at the Tribeca Film Festival. Mizuno broke on the scene with her performance as Kyoko opposite Alicia Vikander and Oscar Isaac in Alex Garland’s critically acclaimed feature debut Ex Machina. Her other credits include Annhilation, La La Land and the indie Alleycats. Mizuno is represented by Silver Lining Entertainment, WME, Troika and Bloom Hergott Diemer Rosenthal Laviolette Feldman Schenkman & Goodman.

Nick Offerman is an actor, writer, and woodworker best known for his role as ‘Ron Swanson’ on NBC’s hit comedy Parks & Recreation. Most recently, he starred alongside Kiersey Clemons in Brett Haley’s “Hearts Beat Loud.” On July 31, he will reunite with his Parks & Rec co-star Amy Poehler as a co-host and executive producer for NBC’s Making It, an unscripted competition series celebrating craftiness and creativity. Offerman is a two-time New York Times Bestselling author and in October 2018 will release his fourth book partnered with his wife Megan Mullally, “The Greatest Love Story Ever Told.” Offerman is represented by UTA and Jackoway Tyerman.

Jin Ha most recently performed as Aaron Burr in the Chicago company of Hamilton: An American Musical. He originated the role of Song Liling in Julie Taymor’s Broadway revival of David Henry Hwang’s M. Butterfly, starring opposite Clive Owen. Ha was also featured in NBC’s Emmy®-nominated production of Jesus Christ Superstar: Live in Concert as Annas, alongside John Legend, Sara Bareilles, Alice Cooper, and Brandon Victor Dixon. He can also be seen as Wendell in the independent film Hot Air directed by Frank Coraci playing opposite Steve Coogan, Neve Campbell, and Lawrence Gillian Jr. In addition to earning his degree in East Asian Languages & Cultures from Columbia University in New York City, Ha is a proud graduate of the NYU Tisch MFA Acting program.  He is repped by ICM and Suskin Management.

Zach Grenier is perhaps most familiar to television audiences as the ethically-challenged lawyer David Lee on the long-running CBS hit The Good Wife. He followed up that show with the CBS political satire Braindead, playing a bug-infected politico. He has recurred in a number of critically acclaimed series, including 24 and Deadwood, and was a regular on C16: FBI and Touching Evil. His feature film credits include the cult classics A Shock to the System and Liebestraum, as well as more mainstream projects like Tommy Boy, Twister, Donnie Brasco, Swordfish, Fantastic 4: Rise of the Silver Surfer, and the remake of Robocop. He has worked with some of the great film directors of our time, including David Fincher on Fight Club and Zodiac, Ang Lee on Ride with the Devil, Werner Herzog on Rescue Dawn, and Clint Eastwood on J. Edgar. Grenier takes every opportunity to return to the stage, and playing Willy Loman in Death of a Salesman was a recent career high. His latest New York appearances include Rajiv Joseph’s Describe the Night at the Atlantic Theater Company and Sarah Burgess’s Kings at the Public Theater. He earned a Tony Award nomination for his portrayal of Beethoven in Moisés Kaufman’s 33 Variations and a Lucille Lortel Award nomination for his performance in John Patrick Shanley’s Storefront Church at the Atlantic Theater Company. Grenier is represented by Stone Manners Salners Agency.

Newcomer Cailee Spaeny landed her debut role in Legendary’s Pacific Rim: Uprising, which premiered in theaters on March 23, 2018. Hailing for a small town in Missouri, Spaeny won the role in a nationwide search at the age of eighteen. Her next role in Bad Times at the El Royale, premiering in October 2018, will be opposite Jeff Bridges, Dakota Johnson and John Hamm. She will also appear alongside Felicity Jones and Armie Hammer in the Ruth Bader Ginsberg biopic On the Basis of Sex as well Christian Bale and Amy Adams in Adam McKay’s Dick Cheney biopic Backseat, both of which will premiere later this year. Spaney is represented by WME, Femi Oguns at Identity Agency Group and Adam Kaller.

Alison Pill just completed her run starring on Broadway in the Tony nominated production of Three Tall Women written by Edward Albee, directed by Joe Mantello and opposite Glenda Jackson and Laurie Metcalf. On television, she most recently starred in Ryan Murphy’s American Horror Story: Cult opposite Sarah Paulson and in film, she can be seen in the John Madden directed political thriller Miss Sloane, opposite Jessica Chastain, John Lithgow and Gugu Mbatha-Raw which premiered at AFI festival last fall. Pill’s recent film credits include Pedro Morelli’s feature film Zoom and the Coen Brothers film Hail Caesar!.  In TV she starred alongside Joan Allen and Rupert Graves in ABC’s drama The Family. Pill was a series regular in the acclaimed Aaron Sorkin HBO series The Newsroom, and starred in the Joon-ho Bong directed Snowpiercer opposite John Hurt and Tilda Swinton.  She was last on stage in the Geffen Playhouse adaptation of Wait Until Dark directed by Matt Shakman. Pill’s additional film credits include Goon, Scott Pilgrim, Milk, Dan in Real Life, Dear Wendy, and Pieces of April.  Pill’s television work includes the HBO drama In Treatment, The Book of Daniel and Life With Judy Garland: Me and My Shadows. On stage, Pill starred opposite Ben Stiller in House of Blue Leaves and Edie Falco in This Wide Night and with Abigail Breslin in Broadway’s revival of The Miracle Worker.  Her other theatre credits include Reasons to be Pretty, Mauritius and Blackbird, for which she received Lucille Lortel, Outer Critics Circle and The Drama League award nominations.  She was nominated for a Tony Award for her Broadway debut in The Lieutenant of Inishmore and for a Lucille Lortel Award for On the Mountain.  She won The Drama Desk Award for Outstanding Ensemble in the U.S. premiere of The Distance from Here. Pill is represented by CAA and the Burstein Company.

FX Networks, a business unit of 21st Century Fox, is comprised of the networks FX, FXX and FXM and the video on-demand app FXNOW. FX, the flagship general entertainment basic cable channel, launched in June of 1994 and is carried in 89 million homes. The diverse schedule features a growing roster of critically-acclaimed and award-winning hit dramas series, including Taboo, Legion, Snowfall, Trust and the upcoming Mayans M.C. and Mr Inbetween; the critically-acclaimed limited series American Horror Story, Fargo, American Crime Story and FEUD; acclaimed hit comedy series including Atlanta, Baskets and Better Things, and the upcoming What We Do in the Shadows; the dance musical series Pose, and the upcoming docuseries The Weekly with The New York Times. FX is the former home of the critically-acclaimed and award-winning hit drama series The Shield, Nip/Tuck, Rescue Me, Damages, Sons of Anarchy, Justified and The Americans. The network’s library of acquired box-office hit movies is unmatched by any ad-supported television network. FXX, the newest network, launched in September 2013 and is carried in 86 million homes. Geared towards a young adult audience, the schedule features original series, movies, and acquired series. The channel is anchored by the acclaimed hit comedies It’s Always Sunny in Philadelphia, the Emmy® Award winning comedy series Archer, and You’re the Worst. FXX is also the exclusive cable home to The Simpsons, the longest-running comedy in TV history. FXM (formerly Fox Movie Channel) was launched in October of 1994 and is now carried in 58 million homes. Its schedule features classic films during the day (FXM Retro), and contemporary box office hits and acclaimed, award-winning films in the evening, as well as short-form award-winning original programming. FX Networks received 50 Emmy® Award nominations in 2018, the most of any basic cable network for the fifth consecutive year.