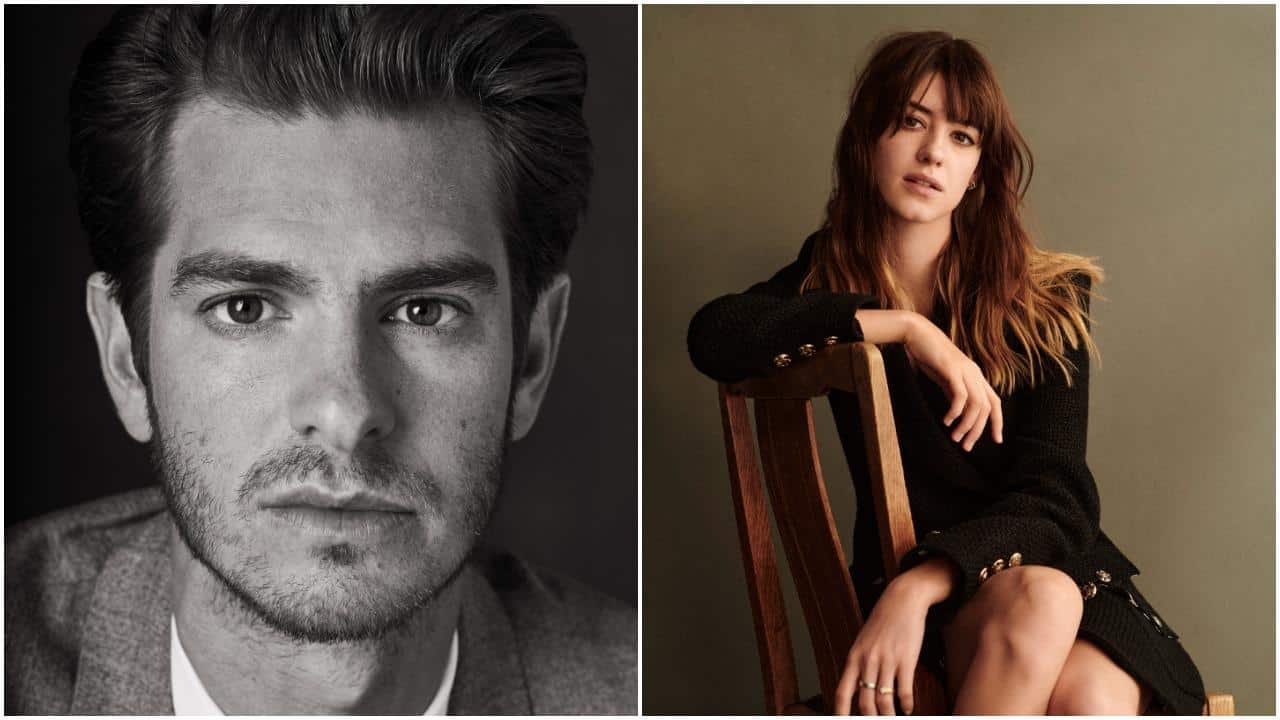 Inspired by the #1 New York Times bestseller Under the Banner of Heaven, a devout detective’s faith is tested as he investigates a brutal murder that seems to be connected to an esteemed Utah family’s spiral into LDS fundamentalism and their distrust in the government.

“Dustin Lance Black is a gifted storyteller and the perfect artist to adapt Jon Krakauer’s gripping novel for FX,” said Balian. “Lance joins an incredible creative team led by Brian Grazer and Ron Howard at Imagine Television who have been passionate about telling this story with him for years. We are thrilled that David Mackenzie has come aboard as a director and to have Andrew Garfield and Daisy Edgar-Jones star in Under the Banner of Heaven.”

“We at Imagine have been dedicated to telling this powerful story for nearly a decade. With FX’s belief and support and Lance Black’s relentless commitment we are, at last, on our way. We couldn’t be more excited to be collaborating with David Mackenzie, Andrew Garfield and Daisy Edgar-Jones to bring this project to life,” said Brian Grazer and Ron Howard, jointly.

“After so many years of work, I’m incredibly grateful to Imagine and FX for their patience with and commitment to bringing this story to screen,” said Dustin Lance Black. “Raised in the LDS faith, my hope is that this true-crime thriller might shed light on the horrific brutalities perpetrated in the name of God in our own backyards.”

Andrew Garfield will star as “Pyre,” an LDS elder who is committed to his Church and family but begins to question some of the Church’s teachings through his contact with a suspected murderer.

Daisy Edgar-Jones stars as “Brenda,” a young faithful Mormon who is the victim of a brutal murder.

Andrew Garfield is an Academy Award® nominee and Tony Award® winning actor who captivates global audiences with his transformative performances spanning feature films and notable theatre productions. He continues to evolve his body of work in powerful roles and compelling narratives.

Garfield will soon be seen alongside Jessica Chastain in The Eyes of Tammy Faye which is based off the documentary of the same name. The film is directed by Michael Showalter and will be released by Searchlight on September 17thth in the U.S.

Additionally, Garfield will star in Lin-Manuel Miranda’s Tick, Tick… Boom!, The film is an adaption of the autobiographical Off-Broadway show written by Johnathon Larson, who is best known for writing the award-winning musical Rent. The film follows Jon, a young theater composer who’s waiting tables at a New York City diner in 1990 while writing what he hopes will be the next great American musical.

In 2018 Garfield starred in the Broadway revival of Tony Kushner’s Pulitzer-Prize winning Angels in America, directed by Tony Award®-winner Marianne Elliott. He received critical acclaim for his portrayal of “Prior Walter” including a Tony Award® for Best Lead Actor in a Play.

In 2012, Garfield earned a Tony® nomination for Best Featured Actor in a Play for his Broadway debut in the revival of Arthur Miller’s Pulitzer Prize-winning play Death of a Salesman, opposite Phillip Seymour-Hoffman and directed by Mike Nichols.

Garfield is represented by Gordon & French in the UK, CAA, ID and David Weber at Sloane, Offer, Weber & Dern.

Daisy Edgar-Jones trained with National Youth Theatre before landing her first role at the age of 17 as a series regular in the British Comedy-Drama Cold Feet alongside James Nesbitt for ITV. Her other TV credits include Silent Witness (BBC) Outnumbered: Christmas Special (BBC) Gentleman Jack (HBO/BBC. Earlier this year, Daisy was seen in War of the Worlds (CANAL PLUS) opposite Gabriel Byrne and Elizabeth McGovern and the series has just finished filming for season 2.

Most recently, Daisy was seen playing the lead role of Marianne in the adaptation of the Sally Rooney novel Normal People, directed by Lenny Abrahamson. The series was met with critical acclaim as was Daisy’s performance, which earned her a Golden Globe, TV Critics Choice and BAFTA nomination for Best Actress in a Limited Series; IMDb’s Breakthrough STARMeter Award, a Madame Figaro Rising Star Award, a Rose d’Or Emerging Talent Award – making Daisy the first-ever winner of this award – as well as being named as one of Screen International’s ‘Stars of Tomorrow’ for 2020 and being picked by The Hollywood Reporter for their Next Gen 2020 list.

In 2020 Daisy appeared as Zara in Mike Barlett’s Albion, at the Almeida Theatre. The play returned following a sell-out run in 2017 and was later dubbed The Telegraph’s “Play of the Year”.

This year, Daisy filmed lead role in the feature Fresh, directed by Mimi Cave opposite Sebastian Stan. The social thriller will portray the discomfort and fear women face daily as their bodies are commodified by society, in a raucous comedy.

Daisy is currently filming the adaption of Delia Owens’ novel Where the Crawdads Sing, as the titular role of Kya. The film is written by Lucy Alibar, directed by Olivia Newman and produced by Reese Witherspoon and Lauren Neustadter’s Hello Sunshine.

Jones is represented by Hamilton Hodell in the UK and United Talent Agency in the US.

David Mackenzie is a Scottish writer/director, and a founder of Sigma Films.

After graduating film school, Mackenzie wrote and directed Young Adam starring Ewan McGregor and Tilda Swinton. Premiering in Un Certain Regard 2003 and playing at Telluride, it won 4 BAFTA Scotland awards and 4 BIFA nominations.  Subsequent films include Asylum, starring Natasha Richardson and Ian McKellen & Hallam Foe with Jamie Bell, which won a Silver Bear in Berlin 2007.  Next, Mackenzie directed Perfect Sense, which premiered at Sundance in 2011 and reunited him with McGregor and co-starred Eva Green. It went on to pick up awards at festivals across the world.

His follow up, Starred Up, which Premiered at Telluride in 2013, starring Jack O’Connell and Ben Mendelsohn, won multiple BAFTA Scotland Awards and eight BIFA nominations including a win for Ben Mendelsohn.

In 2016, Mackenzie’s Hell or High Water – a contemporary Western starring Chris Pine, Ben Foster and Jeff Bridges – premiered in Un Certain Regard, was a box office hit and was nominated for four Academy Awards in 2017, including Best Film.

Mackenzie’s historical epic Outlaw King premiered at Toronto in 2018 and was subsequently released on Netflix. Starring Chris Pine as the legendary King of Scots, Robert the Bruce, it remains the biggest production to shoot entirely in Scotland. In its first four weeks its audience was over 500,000.

Mackenzie is represented by UTA and Jackoway Austen

FX on Hulu offers next day access to FX and FXX current series, FX’s library of legacy series, and exclusive original programming, including Devs, Mrs. America, A Teacher and the upcoming Y: The Last Man, The Old Man, American Horror Stories, Fleishman is in Trouble and Class of ‘09. FX additionally features the drama series Mayans M.C., Pose, Snowfall and Taboo; the limited series American Horror Story, American Crime Story, Fargo, FEUD, Black Narcissus and the upcoming Pistol and Shōgun; the comedies Archer, Atlanta, Better Things, Breeders, DAVE, It’s Always Sunny in Philadelphia, What We Do in the Shadows and the upcoming Reservation Dogs and Little Demon; the half-hour series Mr Inbetween, The Choe Show and the Untitled B.J. Novak Project; the weekly short-form comedy programming showcase Cake; and a growing slate of docuseries and documentary features, including The New York Times Presents, The Most Dangerous Animal of All, AKA Jane Roe, A Wilderness of Error, Hip Hop Uncovered; Hysterical, PRIDE and the upcoming Welcome to Wrexham.

FX is the former home of The Shield, Nip/Tuck, Rescue Me, Damages, Sons of Anarchy, Justified and The Americans. FX’s library of acquired box-office hit movies is unmatched by any ad-supported television network, with FXM featuring classic films, contemporary hits, award-winning features and short-form original programming.

Imagine Television Group is comprised of Imagine Television and Imagine Television Studios. Imagine Television was founded in 1986 by Brian Grazer and Ron Howard and is run by Imagine Television President Samie Kim Falvey. The company’s productions have been honored with 198 Emmy nominations and 30 Golden Globe nominations. In 2018, the company formed Imagine Television Studios to produce and finance a slate of projects that currently includes the series “Genius: Aretha” with Suzan-Lori Parks and starring Cynthia Erivo, “Why Women Kill”for CBS All Access from Marc Cherry; “Swagger” for Apple with Kevin Durant and Reggie Rock Bythewood; “Wu-Tang: An American Saga” for Hulu with The RZA and Alex Tse; and “Dan Brown’s The Lost
Symbol” for Peacock. Additional prodcutions include Fox’s award-winning series “Empire,” Netflix’s “Arrested Development,” NatGeo’s Emmy®-winning Genius anthology series, Fox’s Golden Globe- and Emmy®-winning Best Drama Series “24”; Fox’s “Filthy Rich,” NBC’s Peabody Award-winning series “Friday Night Lights”; Fox’s Emmy®-winning Best Comedy “Arrested Development”; Fox’s “Shots Fired” and “Lie To Me”; WB’s “Felicity”; ABC’s “SportsNight”; and HBO’s “From the Earth to the Moon,” which won the Emmy® for Outstanding Mini-Series. Howard and Grazer began their collaboration in 1985 with the hit film comedies “Night Shift” and “Splash,” and continue to run Imagine as executive chairmen.