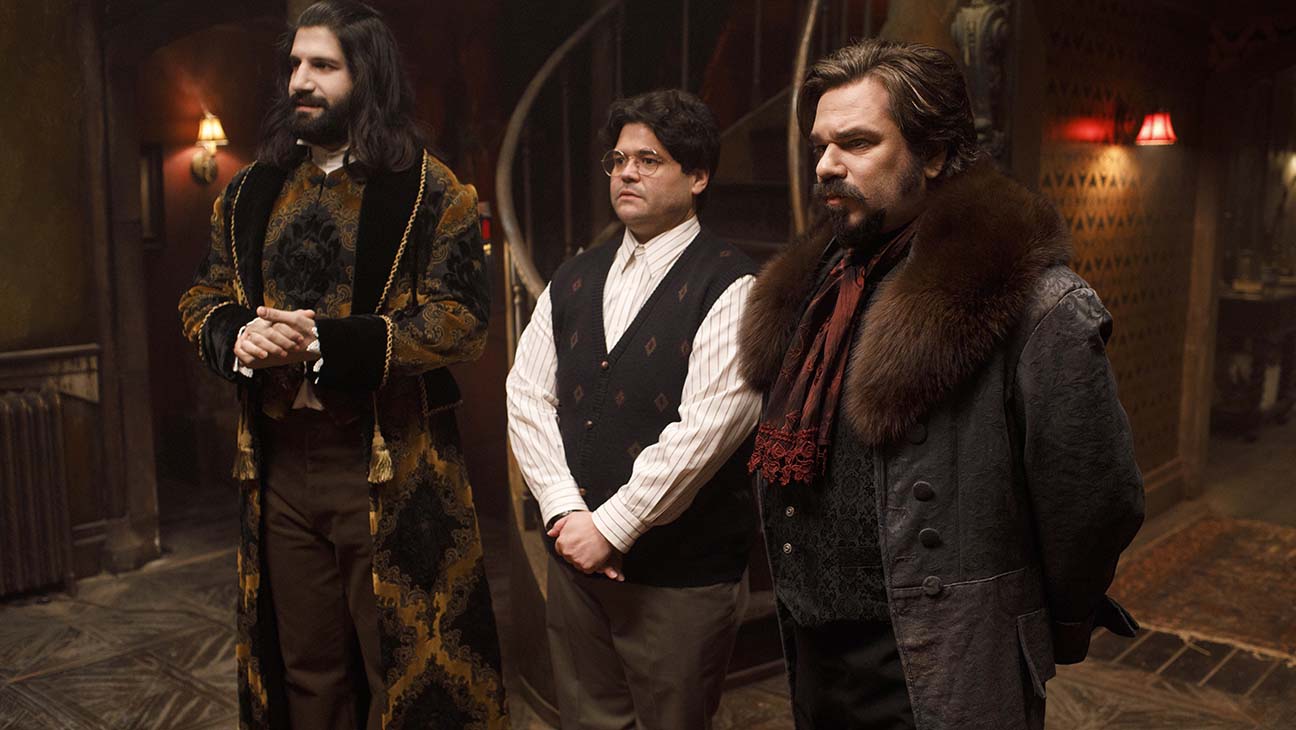 Ahead of its highly-anticipated third season premiere, What We Do in the Shadows has been renewed for a fourth season on FX, it was announced today by Nick Grad, President, Original Programming, FX Entertainment. The fourth season of the hit comedy series will debut in 2022.

“Fans can’t seem to get enough of What We Do in the Shadows and FX is ready to feed that appetite by setting up the series for a fourth season,” said Grad. “Our thanks to the extraordinary job by the creative team, cast and crew who keep making a great show better each season.”

What We Do in the Shadows, based on the feature film by Jemaine Clement and Taika Waititi, documents the nightly exploits of vampire roommates Nandor (Kayvan Novak), Laszlo (Matt Berry), Nadja (Natasia Demetriou) and Colin Robinson (Mark Proksch) as they navigate the modern world of Staten Island with the help of their human familiar, Guillermo (Harvey Guillén).

Executive Producers include Clement, Waititi, Paul Simms, Stefani Robinson, Sam Johnson, Garrett Basch and Eli Bush. What We Do in the Shadows is produced by FX Productions.

The third season of What We Do in the Shadows begins with the first two of the season’s 10 episodes on Thursday, September 2 at 10 p.m. ET/PT on FX and streaming the next day on FX on Hulu:

·       “The Prisoner” (FX, 10 p.m. ET/PT): Guillermo’s fate hangs in the balance as the vampires receive a promotion. Written by Paul Simms; Directed by Kyle Newacheck.

After the shocking season two finale, we find the housemates in a panic about what to do with Guillermo after discovering that he is a vampire killer. This season, the vampires are elevated to a new level of power and will encounter the vampire from which all vampires have descended, a tempting Siren, gargoyles, werewolf kickball, Atlantic City casinos, wellness cults, ex-girlfriends, gyms and supernatural curiosities galore. Plus, Colin Robinson is turning 100. And Nandor, faced with his own eternal-life crisis, tries to inject his life with more meaning. Will he find love or is he destined to be an immortal bachelor with 37 ex-wives?

FX is home to acclaimed and award-winning television available on the FX on Hulu streaming hub, the FX, FXX and FXM cable networks, and the video on-demand service FXNOW. FX on Hulu offers next day access to FX and FXX current series, FX’s library of legacy series, and exclusive original programming, including Devs, Mrs. America, A Teacher, American Horror Stories and the upcoming Y: The Last Man, The Old Man, Fleishman is in Trouble, Class of ’09 andUnder the Banner of Heaven.

FX additionally features the drama series Mayans M.C., Pose, Snowfall and Taboo; the limited series American Horror Story, American Crime Story, Fargo, FEUD, Black Narcissus and the upcoming Pistol and Shōgun; the comedies Archer, Atlanta, Better Things, Breeders, DAVE, It’s Always Sunny in Philadelphia, What We Do in the Shadows, Reservation Dogs and the upcoming Little Demon; the half-hour series Mr Inbetween, The Choe Show and The Premise; the weekly short-form comedy programming showcase Cake; and a growing slate of docuseries and documentary features, including The New York Times Presents, The Most Dangerous Animal of All, AKA Jane Roe, A Wilderness of Error, Hip Hop Uncovered; Hysterical, PRIDE and the upcoming Welcome to Wrexham.

FX is the former home of The Shield, Nip/Tuck, Rescue Me, Damages, Sons of Anarchy, Justified and The Americans. FX’s library of acquired box-office hit movies is unmatched by any ad-supported television network, with FXM featuring classic films, contemporary hits, award-winning features and short-form original programming.