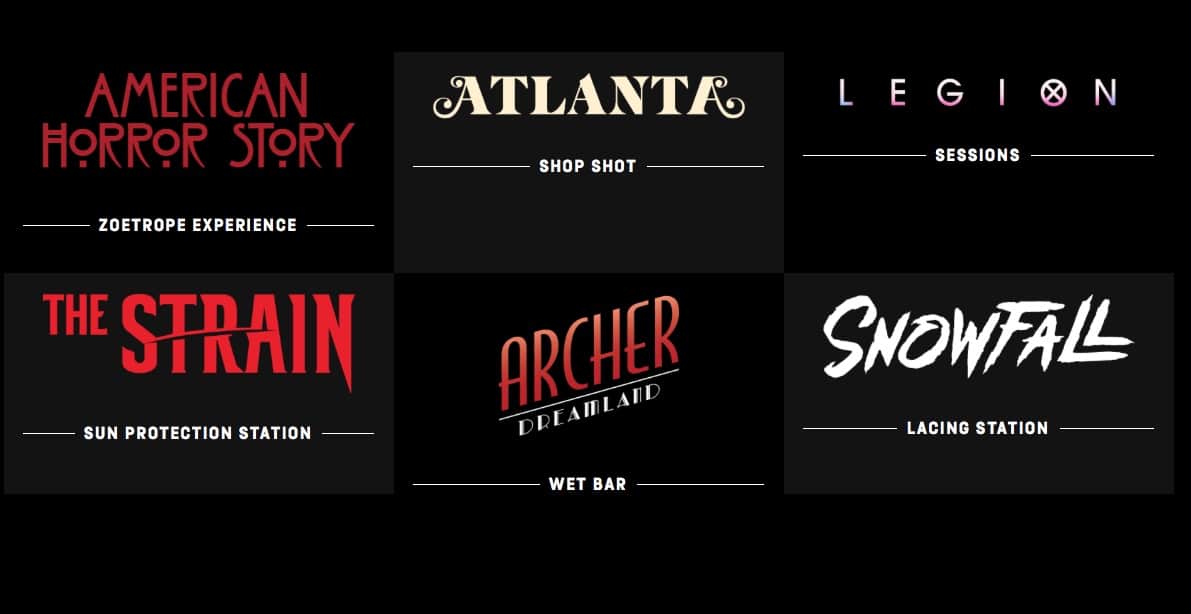 FX Networks announced today, the return of “FXhibition” to San Diego Comic-Con with a slate of thrilling interactive experiences encouraging fans to bend the boundaries of reality.  “FXhibition” will take center stage on the lawn of the Hilton Bayfront Hotel July 20-23 with innovative installations from hit shows like Legion, American Horror Story, Atlanta, The Strain and Archer.

As previously announced, FX will deliver SESSIONS: THE LEGION MIXED REALITY EXPERIENCE – powered by the Microsoft HoloLens – that will bring its critically-acclaimed series, Legion, to life at FXHibition. The HoloLens will transport fans into the headspace of the show’s lead character, “David Haller,” where they will be able to interact with his world and test the boundaries of their own reality.  Advanced reservations can be made at LegionSessions.com, beginning July 17.

American Horror Story fans can get a tease of the upcoming season through the mesmerizing, larger-than-life AHS Zoetrope.  The mind-bending experience promises to present the chilling series in a whole new way.

The “FXhibition” space will also provide plenty of sharable moments for fans.  A unique photo booth inspired by breakout series Atlanta plays off the series’ mix of surreal elements with hyper-real themes.   Once inside, participants will be able to capture shareable videos of themselves walking up walls and treading on the ceiling as they experience life from every perspective.

Other sharable video and photo opportunities at “FXhibition” include:

The “FXhibition” space will also host an early screening of the first two episodes of the new and final season of The Strain on Friday, July 21 from 7 – 9 PM.

For details and more information on how to be a part of the “FXHibition” experience, visit FXSDCC.com.