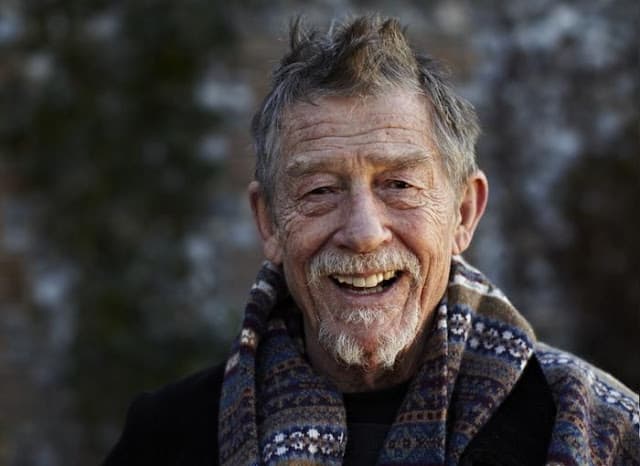 Hurt will portray Professor “Abraham Setrakian,” a holocaust survivor who immigrated to the United States after World War II and now runs a pawn shop in Spanish Harlem.  As the outbreak spreads, he may be the only one with answers – if anyone will listen.

“I am incredibly happy to be reunited with John, who is one of the greatest actors in the world and one of my favorite people ever,” said del Toro.  “Chuck and I always visualized him while writing The Strain novels and he is absolutely perfect for the part!”

John Hurt is a two-time Academy Award-nominee for his indelible performances in The Elephant Man and Midnight Express.  In addition to his Oscar nominations, Hurt received numerous BAFTA awards and two Golden Globe® nominations.  His numerous other feature film credits include Love and Death on Long Island, Hellboy, V for Vendetta and Alien. He also portrayed Ollivander in the Harry Potter films.  On television, he starred in BBC’s The Alan Clark Diaries, The Confession opposite Kiefer Sutherland, and played Warren Christopher in HBO’s Recount.

The Strain is a high concept thriller that tells the story of Dr. Ephraim Goodweather (Corey Stoll), the head of the Center for Disease Control Canary Team in New York City.  He and his team are called upon to investigate a mysterious viral outbreak with hallmarks of an ancient and evil strain of vampirism.  When Eph realizes that this isn’t some new bioterror weapon, but something much older, something outside the reach of science, he teams with Abraham to fight back.  As a plague of hungry and intelligent predators overwhelms New York, Eph, Abraham and a motley crew of everyday New Yorkers form a ragtag resistance – fighting monsters in the streets and in their homes, waging a war for the fate of humanity itself.

Del Toro and Hogan will co-write the pilot script for The Strain, with del Toro attached to direct.  Award-Winning Writer and Producer Carlton Cuse (Lost, Bates Motel) will be an executive producer and oversee the series with del Toro. Cuse will serve as showrunner if the pilot goes to series.  Hogan and Gary Ungar will also serve as Executive Producers.  FX Productions will produce.