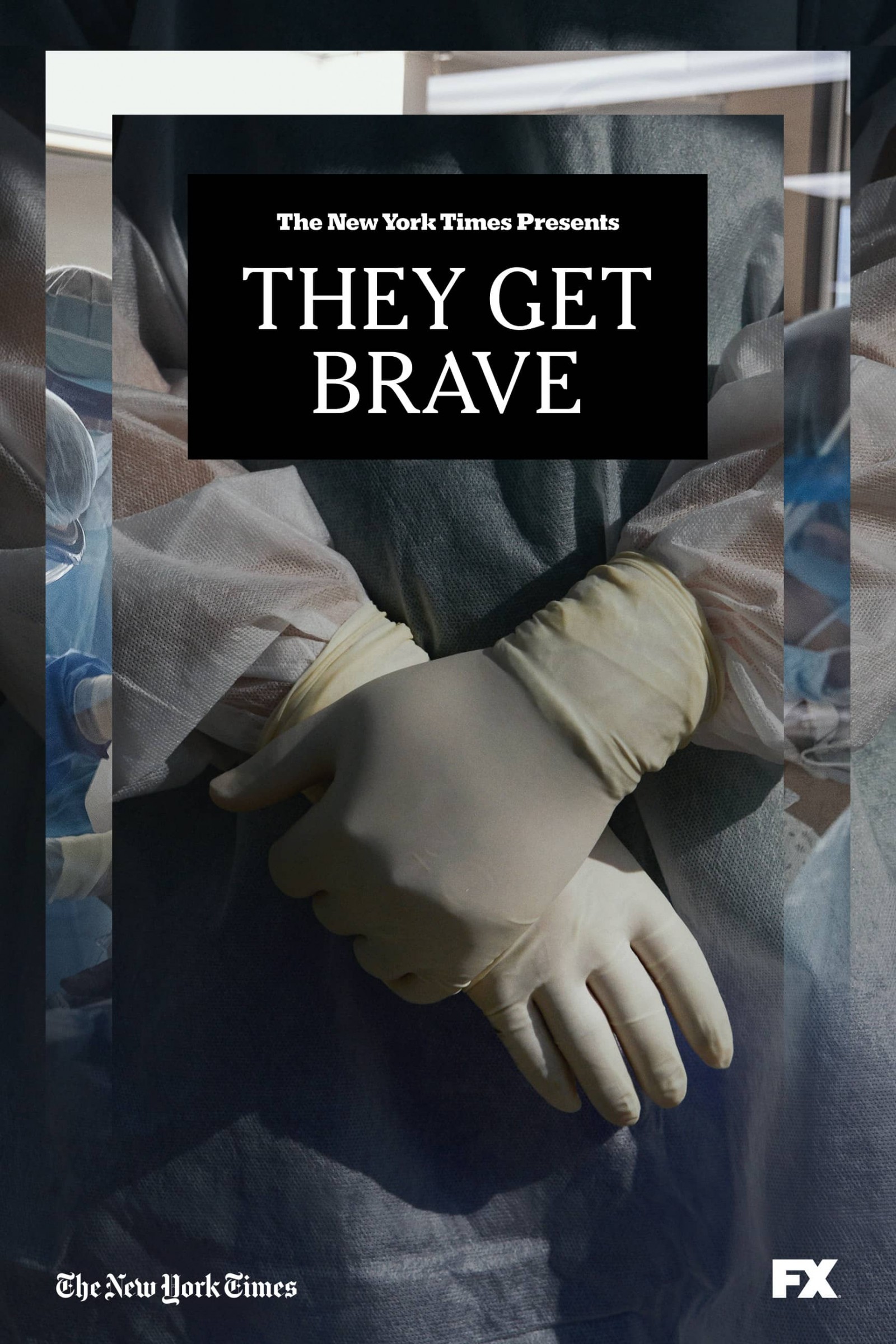 FX and Hulu have partnered to launch The New York Times Presents, a new documentary series from the team behind The Weekly exploring breaking news, investigations and character-driven stories and features reporting from journalists at The New York Times, it was announced today by Nick Grad, President, Original Programming, FX Entertainment.

The New York Times Presents is a series of standalone documentaries powered by the unparalleled journalism and insight of The New York Times, bringing viewers close to the essential stories of our time.

The New York Times Presents will feature 10 individual documentaries that will air on FX and on Hulu on Fridays at 10 p.m. The series will air one episode per month, beginning with:

“They Get Brave” (7/10/20, 10 p.m. ET/PT on FX and on Hulu) – As the coronavirus ravages more and more American cities, we look back to the place hit hardest: New York City. Doctors and nurses documented their lives, capturing awe‐inspiring resolve in the face of a breakdown in the health‐care system. Producers/Directors: Samantha Stark, Alexandra Garcia, John Pappas and Lora Moftah.

“This Is Dominic Fike: The Next Big Thing?” (8/7/20, 10 p.m. ET/PT on FX and on Hulu) – The making of a pop star in 2020: A young musician is plucked from obscurity and given a $4 million record deal. Meet Dominic Fike as he prepares for his first international tour and makes his debut album.  Producer/Director: Alexandra Garcia.

The series will also feature a documentary about the killing of Breonna Taylor by police in Louisville, Kentucky. The award-winning director and producer Yoruba Richen and New York Times reporter Rukmini Callimachi, a four-time Pulitzer Prize finalist, are partnering on a film that will explore Ms. Taylor’s life and investigate the circumstances of her death. Ms. Taylor’s family and others will help reconstruct how the police, executing a search warrant, arrived at Ms. Taylor’s apartment shortly after midnight on March 13 and shot her five times.

Richen’s work has been featured on PBS, Frontline Digital, New York Magazine’s The Cut, The Atlantic and Field of Vision. Her latest film “The Green Book: Guide to Freedom” aired on The Smithsonian Channel in February 2019. She is the director of the documentary program at the Craig Newmark Graduate School of Journalism at CUNY.

Callimachi has spent the last six years covering the Islamic State and violent extremism for The Times. Her coverage of extremism has won the George Polk Award, the Michael Kelly Award and the Sigma Delta ChiAward. Her podcast, “Caliphate,” which explains the Islamic State’s murderous ideology, won the Peabody Award. Her collection of internal terrorist records is available to the public through a digital archive, launched in 2020 by George Washington University.

The New York Times Presents is produced by The New York Times and Left/Right, a Red Arrow Studios company. Executive producers are Ken Druckerman, Banks Tarver, Mary Robertson, Jason Stallman, Sam Dolnick and Stephanie Preiss. The series is from the team behind the documentary series The Weekly, a collection of 30 half-hour documentaries and The Times’s first major foray into television news, currently available on Hulu.

The Weekly, which premiered on FX in June 2019, won an Overseas Press Club award for its story on two American bicyclists killed by ISIS in central Asia. Its reporting on how a predatory lending scheme had corrupted the taxi industry in New York and elsewhere was part of a body of work that  was awarded the Pulitzer Prize. Over the course of 30 episodes, reporters, producers and directors for The Weekly brought viewers on-the-ground reporting from across the U.S. and the world, including Belgium, Brazil, Colombia, Estonia, Israel, the Netherlands, Nigeria, Romania, Tajikistan and Ukraine.

With more than 1,700 journalists who reported from 159 countries this year, The Times publishes about 150 pieces of journalism each day, including  exclusive reporting  on topics ranging from politics to culture to climate to sports to business. The New York Times Presents will continue to tell those stories in a visual and unforgettable way.

FX is the flagship general entertainment basic cable channel of FX Networks. Launched in June of 1994, FX is carried in 85 million homes. The diverse schedule features a growing roster of critically-acclaimed and award-winning hit drama series including Snowfall, Pose, Mayans M.C., Taboo and the upcoming Redeemer; the critically-acclaimed limited series American Horror Story, Fargo, American Crime Story, FEUD, Fosse/Verdon and the upcoming Shōgun, and Great Expectations; acclaimed hit comedy series including Atlanta, Better Things, What We Do in the Shadows and Breeders; the half-hour series Mr Inbetween and the Untitled B.J. Novak Project; a slate of docuseries and documentary features, including The Most Dangerous Animal of All and AKA Jane Roe; and the FX Original Movie A Christmas Carol. FX is the former home of the critically-acclaimed and award-winning hit drama series The Shield, Nip/Tuck, Rescue Me, Damages, Sons of Anarchy, Justified and The Americans. The network’s library of acquired box-office hit movies is unmatched by any ad-supported television network.

Hulu is the leading premium streaming service offering live and on-demand TV and movies, with and without commercials, both in and outside the home. Launched in 2008, Hulu is the only service that gives viewers instant access to current shows from every major U.S. broadcast network; libraries of hit TV series and films; and acclaimed Hulu Originals like Emmy® and Golden Globe Award-winning series The Handmaid’s Tale and The Act, Peabody and Golden Globe Award-winning series Ramy, Emmy® Award-nominated series including The Looming Tower, Catch-22, Castle Rock, and Pen15 alongside hit series Marvel’s Runaways, Dollface, Shrill and Oscar® and Emmy®-nominated documentary film Minding the Gap. The service also streams live news, entertainment and sports from 21st Century Fox, The Walt Disney Company, NBCUniversal, CBS Corporation, The CW, Turner Networks, A+E Networks and Discovery Networks – available all in one place. Recent hit Hulu Originals include Little Fires Everywhere from Reese Witherspoon and Kerry Washington, the TV adaptation of best-selling novel Normal People and comedy series The Great. Upcoming Original releases include The Dropout based on the ABC News investigative podcast and starring Kate McKinnon and the book to screen adaptation of Nine Perfect Strangers starring Nicole Kidman and Melissa McCarthy.