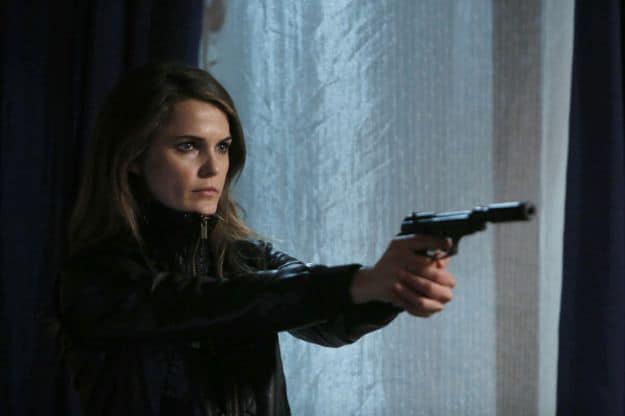 FX and FXX will ring in 2015 this January in a big way with the season premieres of Justified, The Americans and Archer on FX, along with the season premiere of It’s Always Sunny In Philadelphia and the series premiere of Man Seeking Woman on FXX, it was announced today by Chuck Saftler, President of Program Strategy and COO, FX Networks. Rounding out the January schedule will be the final three episodes of FX’s critically acclaimed, smash hit American Horror Story: Freak Show.

“This amazing collection of returning hits, award-winning series and a new comedy series continue to distinguish FX and FXX as the premier destinations for dramas and comedies on television,” said Saftler.

First up is the Season 6 premiere of the hit animated comedy series Archer, airing on FX on Thursdays at 10 PM e/p, beginning January 8. Archer is FX’s #1 rated comedy series. Archer is an animated, half-hour comedy that revolves around an international spy agency and the lives of its employees. Although their work of espionage, reconnaissance missions, wiretapping and undercover surveillance is daunting and dangerous, every covert operation and global crisis is actually just another excuse for the staff to undermine, sabotage and betray each other for personal gain. The series features the voices of H. Jon Benjamin as the highly skilled and incredibly vain master spy “Sterling Archer;” Aisha Tyler as Archer’s fellow agent and ex-girlfriend, “Lana Kane;” Jessica Walter as Archer’s domineering mother and spy agency director, “Malory Archer;” Chris Parnell as the easily intimidated comptroller-turned secret agent “Cyril Figgis;” Judy Greer as Malory’s loquacious, dingbat secretary, “Cheryl;” Amber Nash as the discordant director of human resources, “Pam Poovey;” Adam Reed as the gay voice of reason, “Ray Gillette;” and Lucky Yates as the spy agency’s possibly mad scientist/ possibly clone of himself, “Krieger.”

The award-winning drama series The Americans will air on Wednesdays at 10 PM e/p, beginning January 28. The Americans is a period drama about the complex marriage of two KGB spies posing as Americans in suburban Washington D.C. shortly after Ronald Reagan is elected President.  The arranged marriage of Philip (Matthew Rhys) and Elizabeth Jennings (Keri Russell), who have two children – 14-year-old Paige (Holly Taylor) and 11-year-old Henry (Keidrich Sellati), who know nothing about their parents’ true identity – grows more passionate and genuine by the day, but is constantly tested by the escalation of the Cold War and the intimate, dangerous and darkly funny relationships they must maintain with a network of spies and informants under their control.  The trickiest of Philip’s sources continues to be Martha (Alison Wright), the assistant to Special Agent Gaad (Richard Thomas).  In order to ensure her continued loyalty, Philip, in the guise of FBI bureaucrat “Clark,” one of his numerous cover identities, marries her.  Things were going smoothly until Martha began pressuring Clark to start a family.  Their neighbor, FBI Agent Stan Beeman (Noah Emmerich), could also prove to be a renewed threat.  When forced to choose between betraying his country or his KGB double-agent and paramour Nina (Annet Mahendru), Stan chose the USA.  Nina has been sent back to Moscow to face charges of treason, much to the dismay of her boss Arkady (Lev Gorn), Director of the KGB Rezidentura.  In addition to his rededication to his mission of uncovering the identities of the Russian spies living among them, Stan is also attempting to rebuild a relationship with his estranged wife Sandra (Susan Misner).  Meanwhile, in the Jennings’ house, Philip and Elizabeth find themselves at odds over Paige’s future now that the KGB has made it clear that they want her to join the family business.

The hit miniseries American Horror Story: Freak Show returns to FX on January 7 for the first of its final three episodes, culminating in the season finale on January 21. This latest installment of the anthology series from producer Ryan Murphy has exceeded the popularity of previous installments, with the premiere telecast of Freak Show setting a record as the most-watched telecast in FX’s 20-year history. American Horror Story: Freak Show begins its tale in the quiet, sleepy hamlet of Jupiter, Florida. The year is 1952. A troupe of curiosities has just arrived to town, coinciding with the strange emergence of a dark entity that savagely threatens the lives of townsfolk and freaks alike. This is the story of the performers and their desperate journey of survival amidst the dying world of the American carny experience.

Season 10 of the award-winning comedy series It’s Always Sunny In Philadelphia will air on FXX on Wednesdays at 10 PM e/p, beginning January 14. The Gang returns to Paddy’s Pub with Mac (Rob McElhenney), Dennis (Glenn Howerton), Charlie (Charlie Day), Dee (Kaitlin Olson) and Frank (Danny Devito). Last season, the gang broke Dee, saved the day (in their minds) and tried desperately (but failed) to win an award. This season, the gang tackles even bigger challenges like beating Wade Boggs’ cross-country flight drinking record, getting their old friend Psycho Pete back to form, competing on a game show and conquering the world of online dating. It’s Always Sunny in Philadelphia was created by Rob McElhenney. He also serves as executive producer along with Glenn Howerton, Charlie Day, Michael Rotenberg, Nick Frenkel, Tom Lofaro, Scott Marder and David Hornsby. The show is produced by FX Productions.