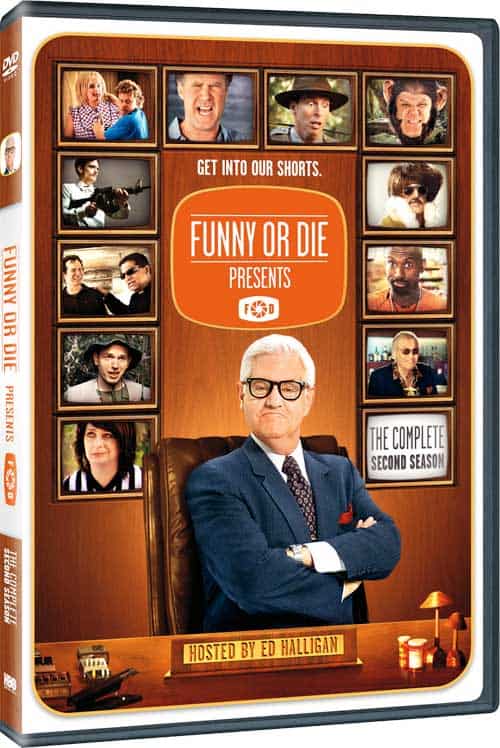 Seat42f and HBO have teamed up to give FIVE lucky winners a copy of FUNNY OR DIE PRESENTS Season 2 on DVD. For a chance to win leave a comment below telling us why you want to add FUNNY OR DIE PRESENTS Season 2 to your DVD collection. Only one entry per person. Contest ends December 23rd. Winners will be notified on December 24th via email so make sure to use a valid email address when you post your comment.

Funny or Die Presents, the hilarious half-hour sketch comedy returns to DVD with its brilliant second season of off-the-wall scripted pieces, animated vignettes, music videos, faux commercials and more. Executive produced by Will Ferrell, Adam McKay, Chris Henchy and Andrew Steele, the creators of Funny or Die.com, the series showcases established talent and fresh young comedians in an anything goes environment. Funny or Die Presents: The Complete Second Season arrives on DVD December 18, 2012 for the suggested retail price of $29.98.