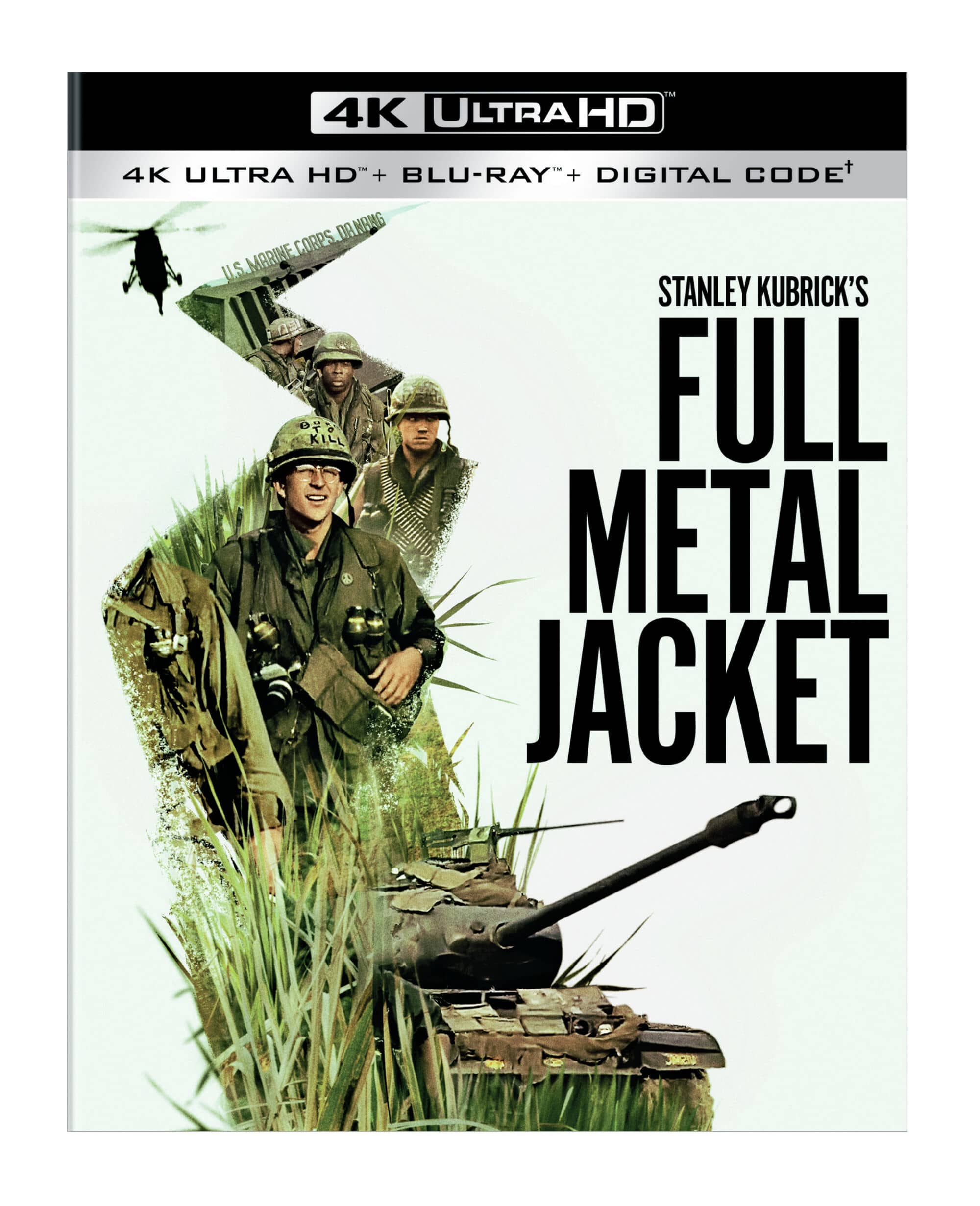 Warner Bros. Home Entertainment announced today that Full Metal Jacket, Stanley Kubrick’s acclaimed 1987 Vietnam War masterpiece, will be released on Ultra HD Blu-ray and Digital on September 22. Based on Gustav Hasford’s 1979 novel “The Short-Timers,” Full Metal Jacket was produced and directed by Kubrick from a screenplay by Kubrick, Michael Herr and Hasford.

Full Metal Jacket was nominated for an Oscar® at the 60th Academy Awards for Best Adapted Screenplay for Stanley Kubrick, Michael Herr and Gustav Hasford.

Recognized as one of the most accomplished, innovative, and influential directors in film history, Stanley Kubrick was a perfectionist who maintained complete artistic control and privacy during the shooting, and even the subsequent marketing of his movies. Many of Kubrick’s acclaimed works were received as controversial and provocative, yet still regarded as brilliant and visionary. Kubrick’s films earned 19 Oscar® nominations including three for Best Picture (Dr. Strangelove, A Clockwork Orange and Barry Lyndon) and four for Directing (Dr. Strangelove, 2001: A Space Odyssey, A Clockwork Orange and Barry Lyndon). In 1960, Kubrick’s Spartacus won four Oscars® (Actor in a Supporting Role, Art Direction, Cinematography and Costume Design). In 1968 Kubrick won the Oscar® for Special Visual Effects for 2001: A Space Odyssey.

The Full Metal Jacket Ultra HD Blu-ray Combo Pack features an Ultra HD Blu-ray disc with the feature film in 4K with HDR, a Blu-ray disc with the film in high definition and the previously released special features in high definition, and a Digital version of the movie. Fans can also own Full Metal Jacket in 4K Ultra HD via purchase from select digital retailers beginning on September 22.

SYNOPSIS
A superb ensemble falls in for Stanley Kubrick’s brilliant saga about the Vietnam War and the dehumanizing process that turns people into trained killers. The scathing indictment of a film was nominated for an Academy Award for Best Screenplay. ‘Joker’ (Matthew Modine), ‘Animal Mother’ (Adam Baldwin), ‘Gomer’ (Vincent D’Onofrio), ‘Eightball’ (Dorian Harewood) and ‘Cowboy’ (Arliss Howard) are some of the Marine recruits experiencing boot-camp hell under the punishing command of the foul-mouthed Sergeant Hartman (R. Lee Ermy). The action is savage, the story unsparing, and the dialogue is spiked with scathing humor.

On September 22 Full Metal Jacket 4K UHD will be available to own for streaming and download to watch anywhere in high definition and standard definition on favorite devices from select digital retailers including GooglePlay, Vudu, Xbox and others, and will be made available digitally on Video On Demand services from cable and satellite providers, and on select gaming consoles. 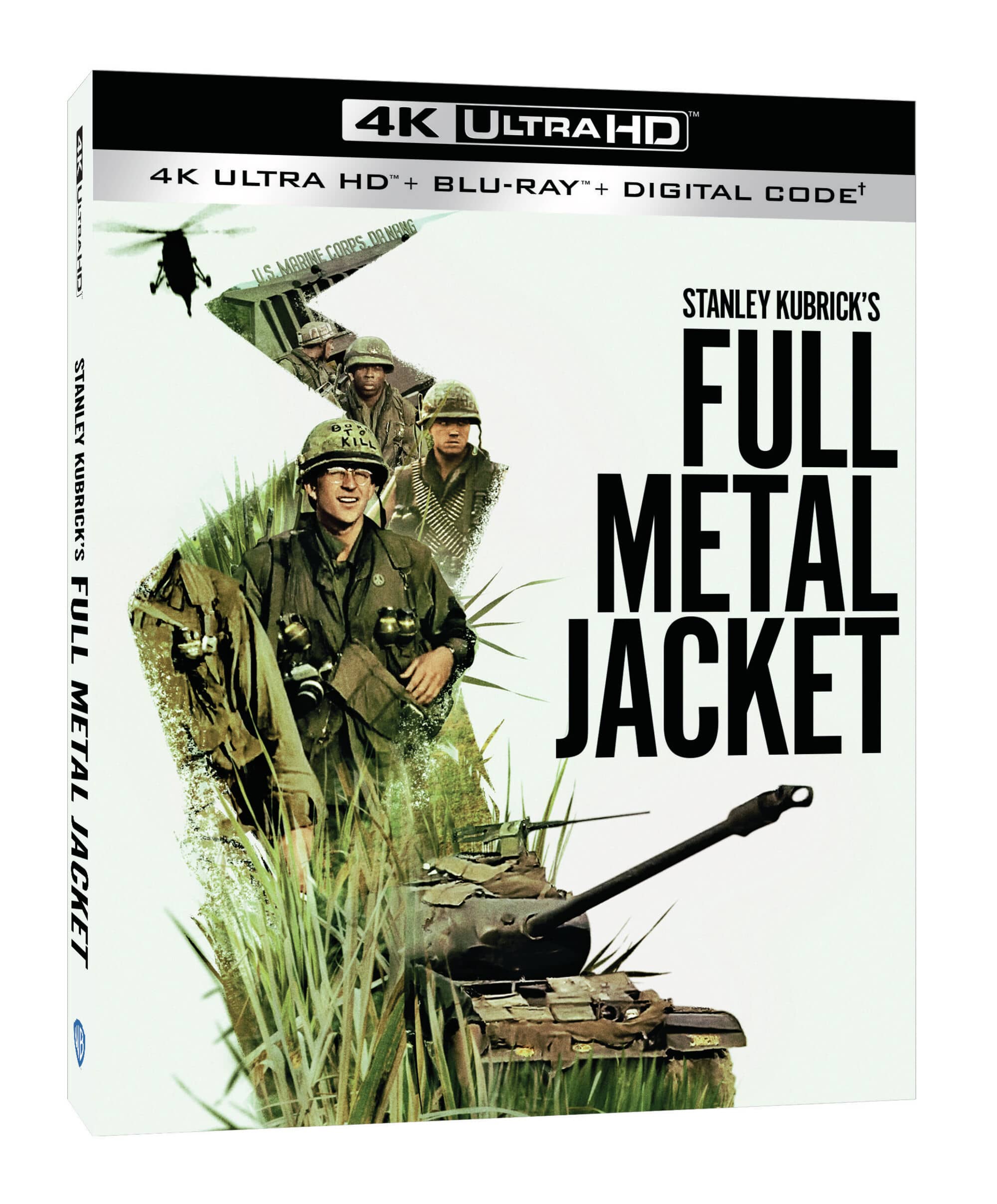