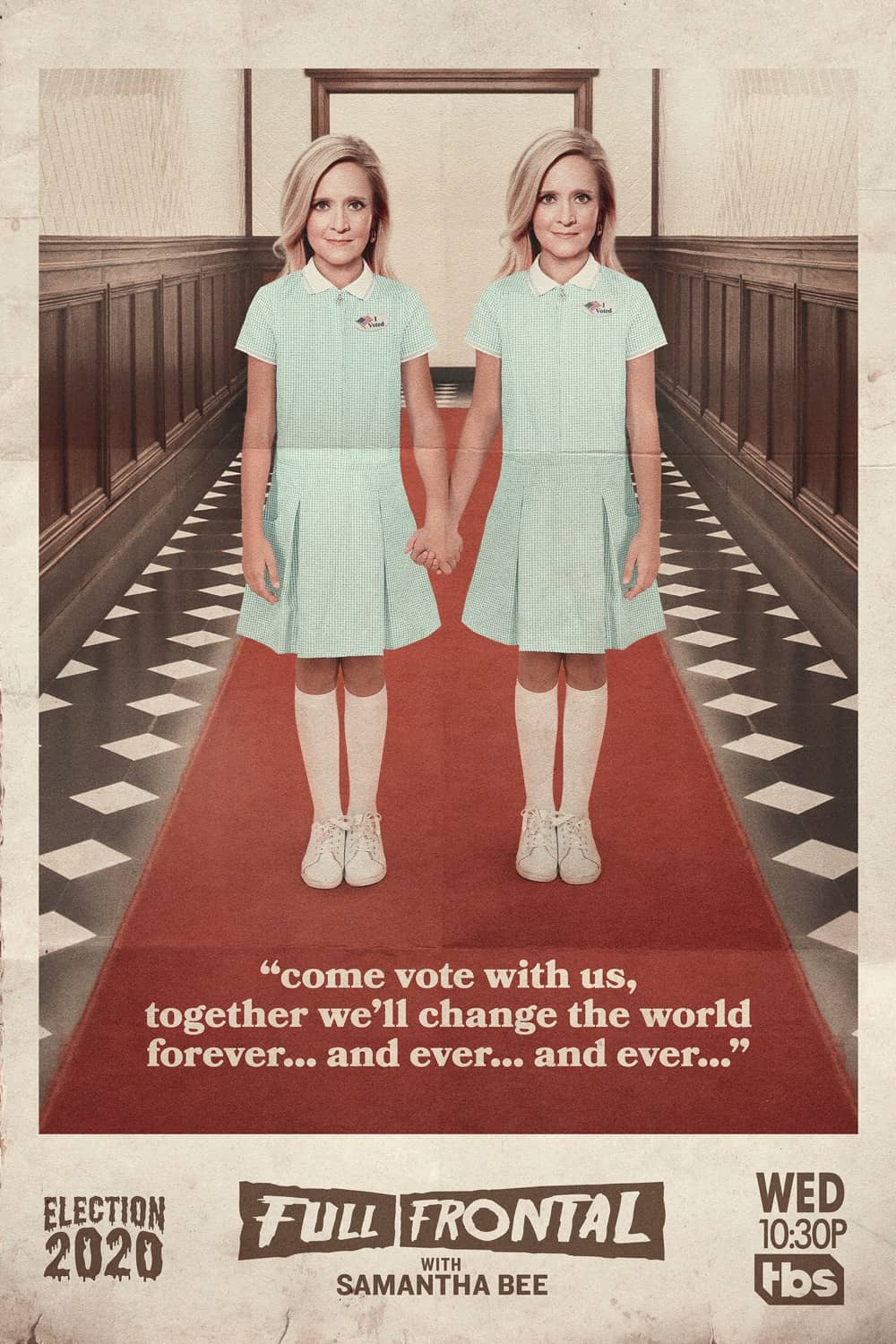 Four years ago Full Frontal with Samantha Bee tried to reason with you. It didn’t work. So this year, they’re telling you to WAKE THE %^&# UP with its brand new “I Know What You Did Last Election” campaign. Our democracy has been trapped in a horror movie since 2016–and not the fun Jordan Peele kind. These days reboots are king, but we can’t get a sequel of this horror hell. For its 2020 Election coverage, Full Frontal will deploy their own version of fear tactics and use a horror themed campaign to scare rally Americans into voting this November. Because we know what you did last election…

Watch Full Frontal’s election trailer below and remember to vote this November…or else.

Full Frontal with Samantha Bee shines a spotlight on stories inside the Beltway and beyond, from sexual harassment in the media to the “boyfriend loophole,” and from global warming to child marriage in the United States. Full Frontal also travels the world to cover international stories, with segments from Jordan, Germany, Russia, Scotland, Mexico and Iraq. In its first four seasons, Full Frontal has garnered an Outstanding Writing Emmy for its “Not the White House Correspondents’ Dinner” special honoring a free press, as well as seventeen Emmy nominations, a Television Critics Association Award for Outstanding Achievement in News and Information, two additional TCA Award nominations, a WGA nomination, two PGA nominations and four DGA nominations. The series was executive produced by Samantha Bee, Jason Jones, Tony Hernandez, Miles Kahn, Alison Camillo, and Pat King. 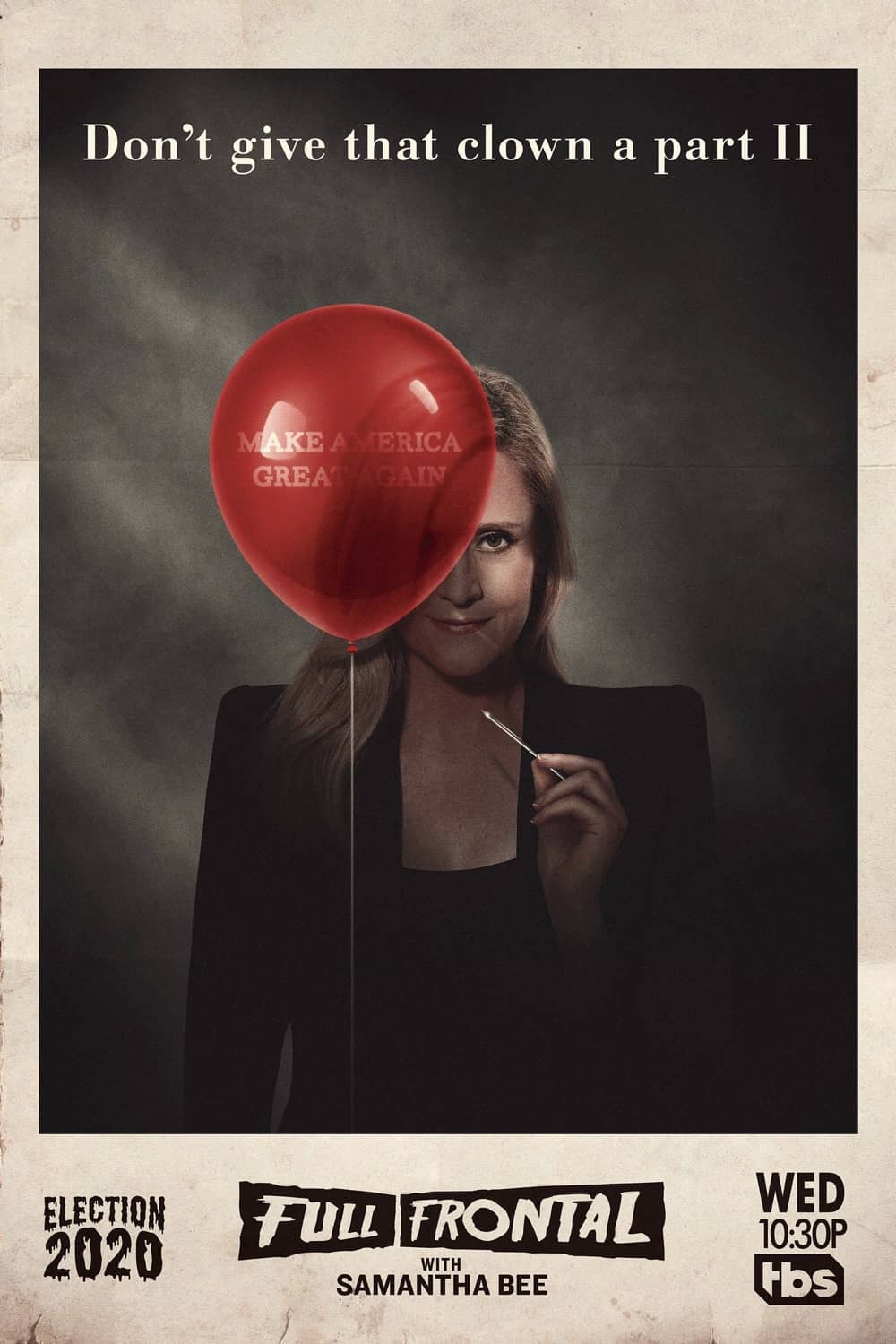 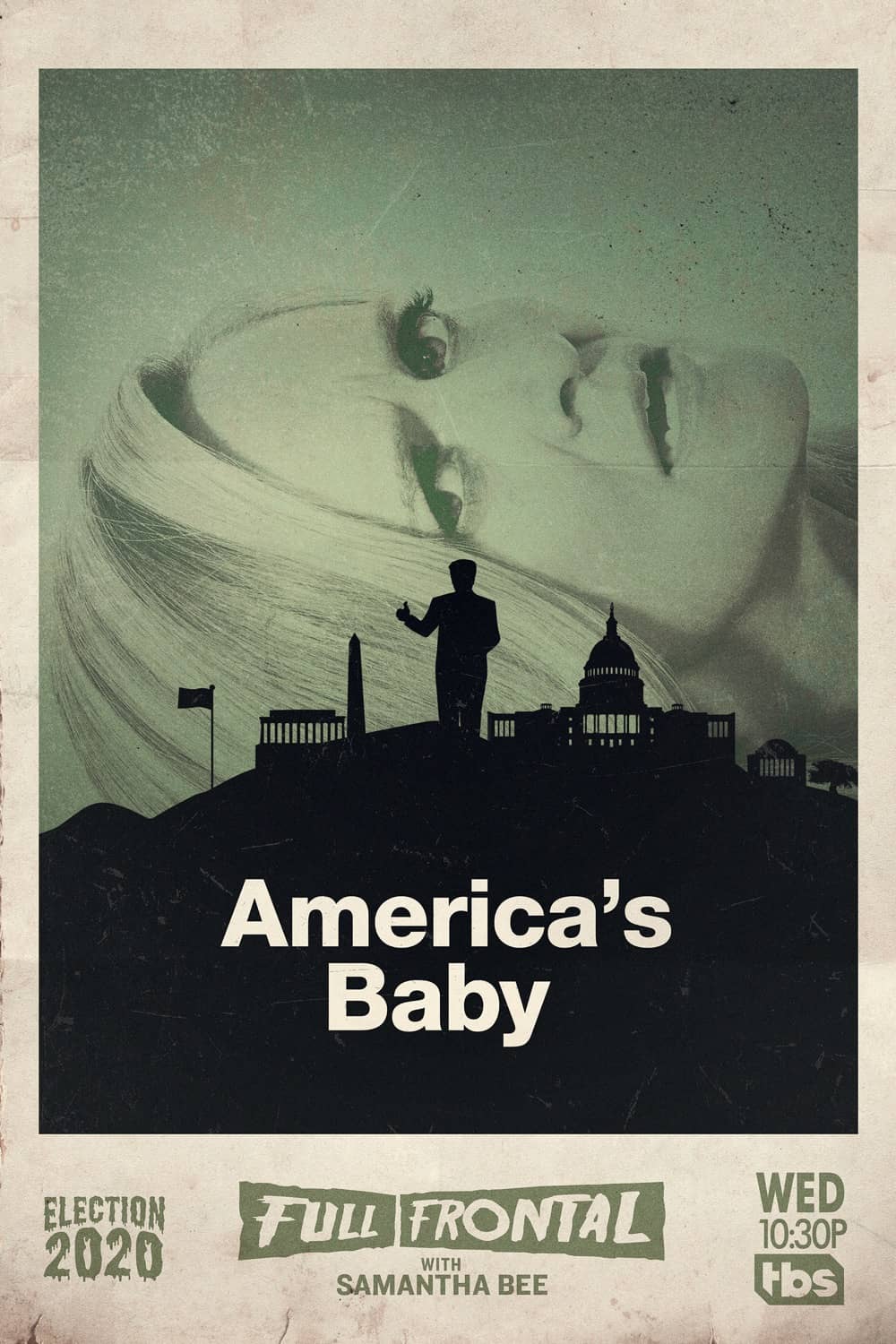 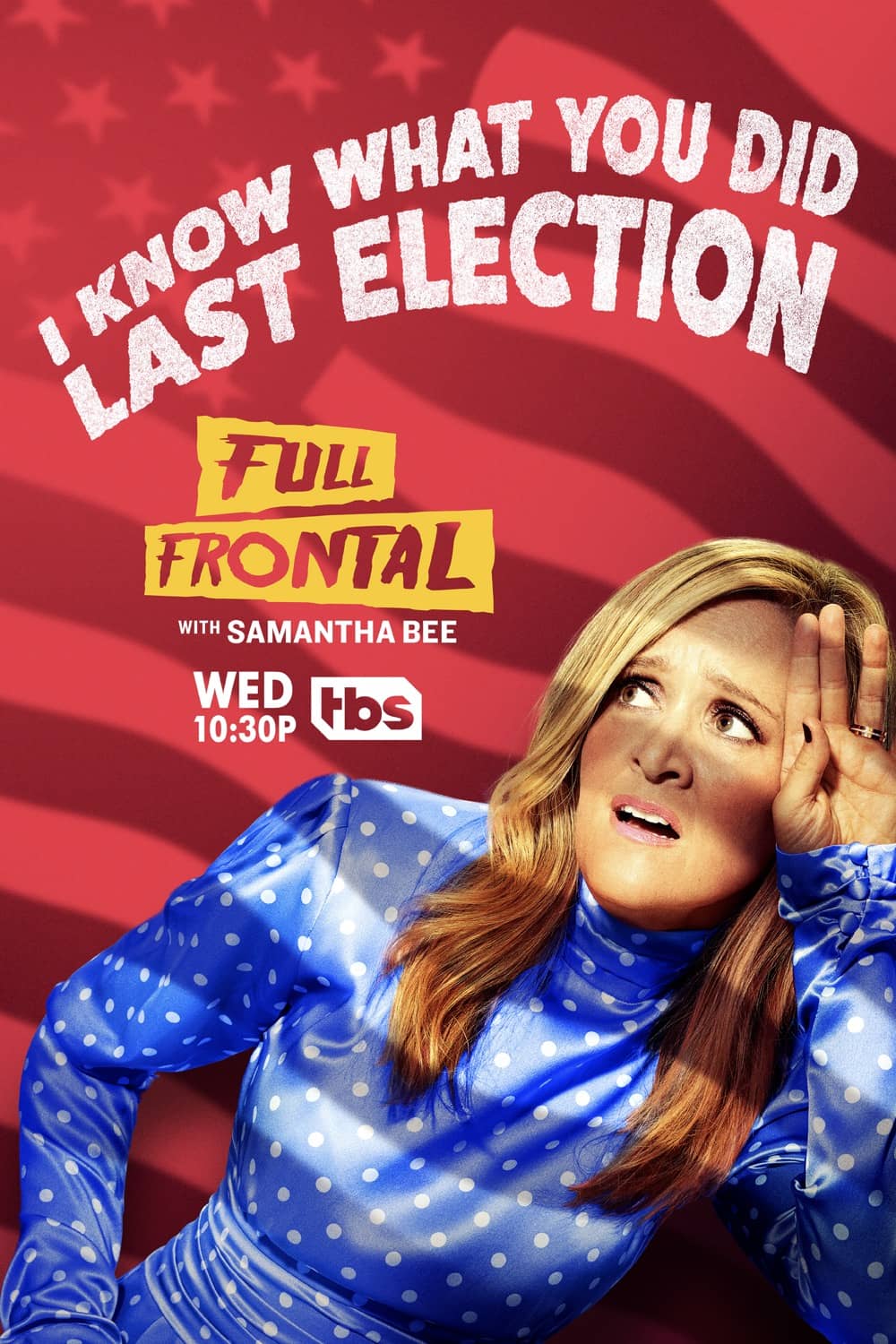 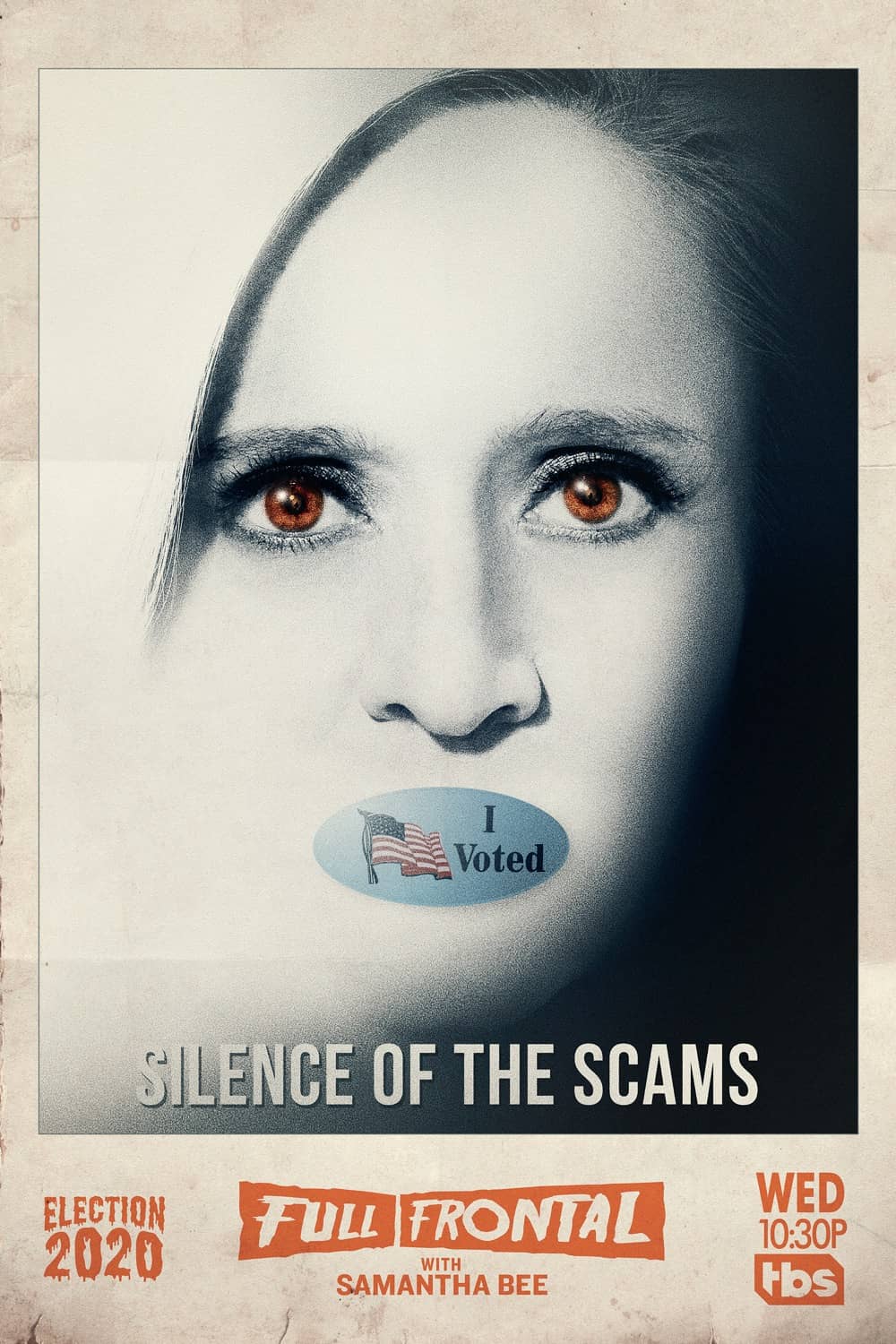 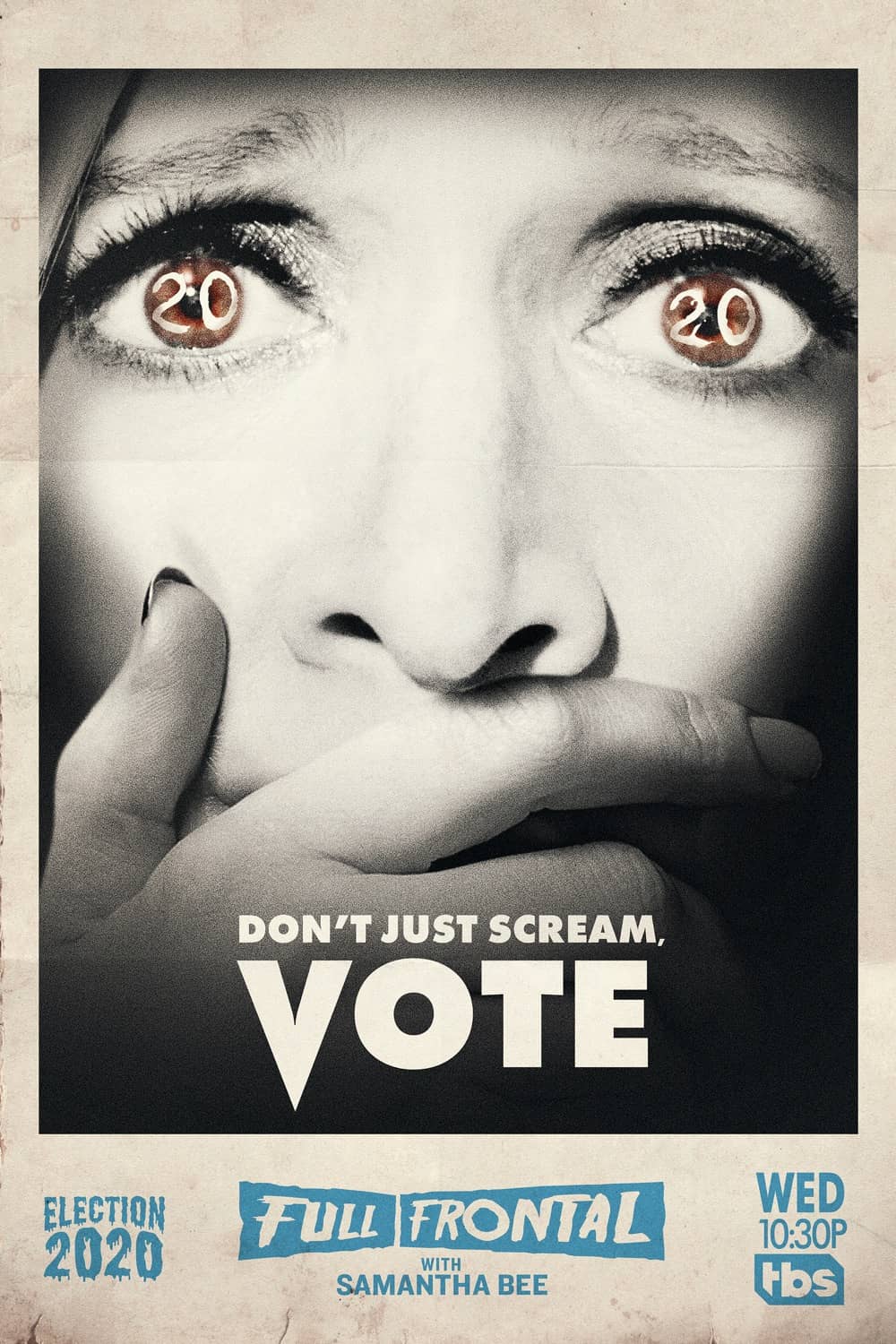 About TBS
TBS, a WarnerMedia brand, is a top-rated destination for television among young adults and known for escapist, lean-back entertainment, featuring smart, imaginative stories with heart and comedic edge. From scripted comedy series to late-night shows, game shows, and animated programming, TBS’s Originals slate is comprised of some of the most popular shows on cable — Miracle Workers, CONAN, Full Frontal with Samantha Bee, The Last O.G. and American Dad! as well as the upcoming comedy Chad. The network’s slate of premium unscripted series includes the popular game show The Misery Index, reality series The Lost Resort, and the forthcoming revival of the beloved competition series Wipeout. TBS’ lineup also includes comedy hits like Family Guy and The Big Bang Theory, classic sitcom favorites Friends and Seinfeld, blockbuster movies, and live event coverage of Major League Baseball, the NCAA Division I Men’s Basketball Championship and ELEAGUE, WarnerMedia’s eSports gaming competition. Viewers can watch shows on the TBS app, available for iOS, Android, Xbox One and other platforms and devices. Website: www.tbs.com