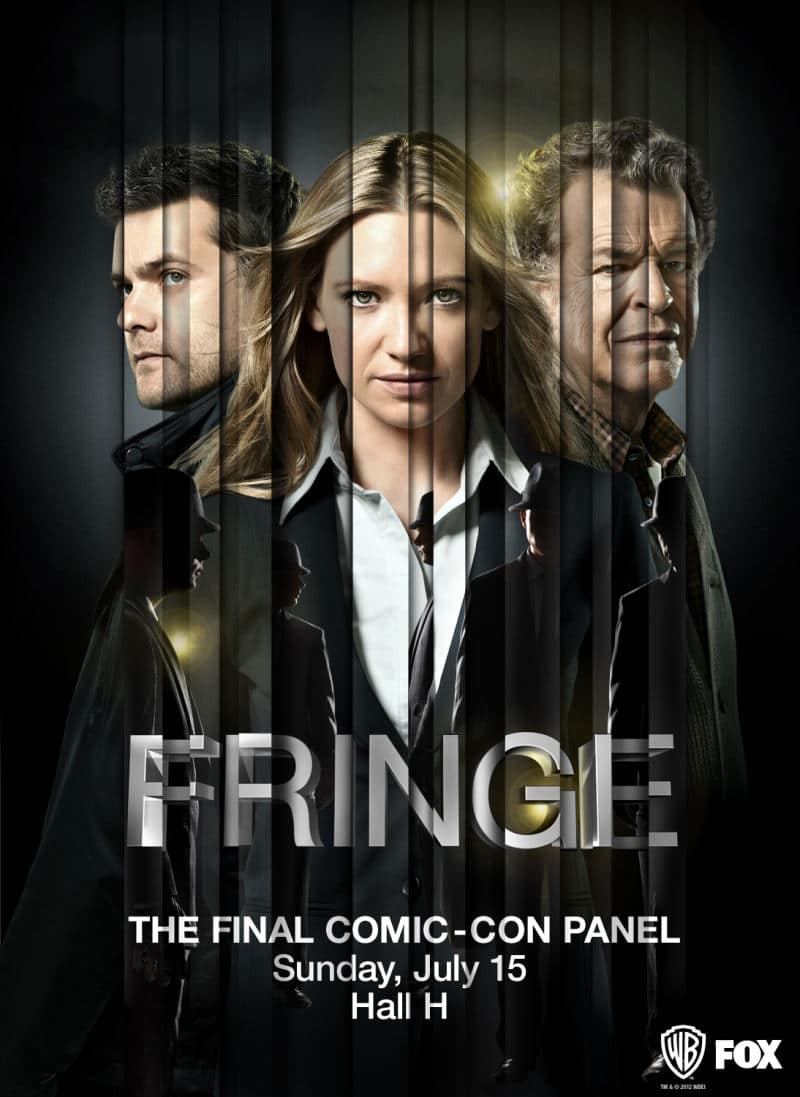 Calling all Fringe fans — from Westfield to Alt-San Diego! The acclaimed thriller’s stars and executive producers will return one final time to Comic-Con International: San Diego®, the world’s greatest pop culture convention, to celebrate the show’s fifth and final season with its incredibly devoted fans. For the first time ever, the show’s panel will be held on a Sunday — July 15 — and it will take place in Hall H of the San Diego Convention Center.