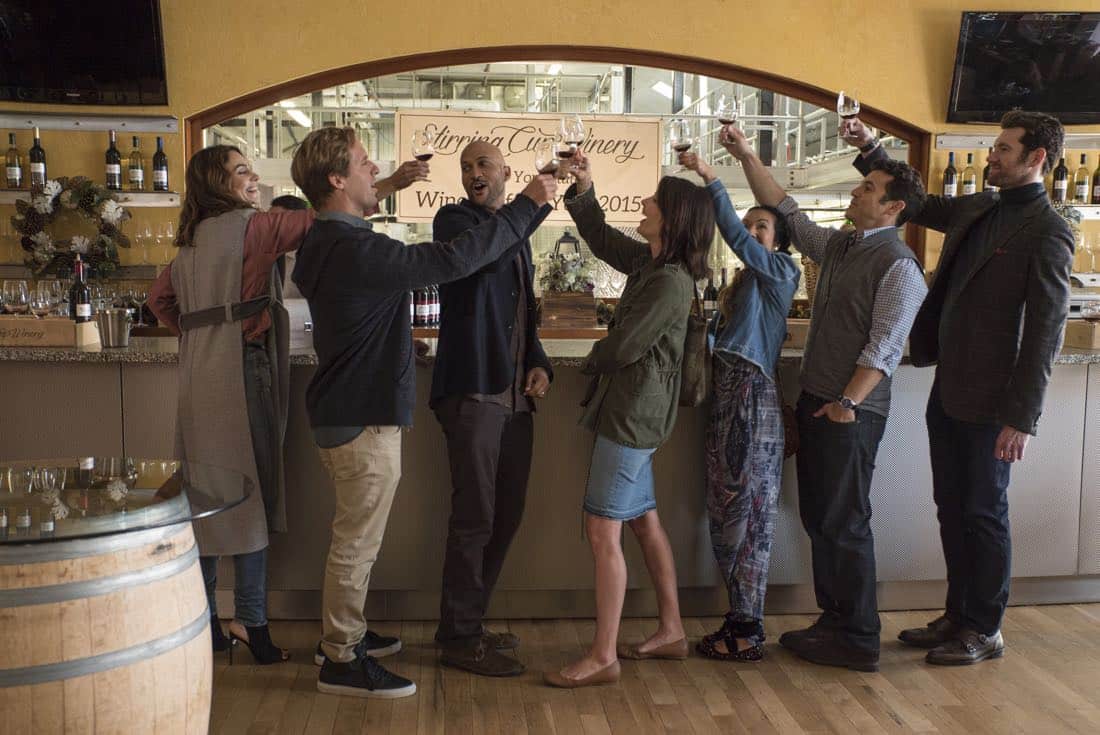 All eight half-hour episodes of Friends from College will become available exclusively to Netflix members worldwide on July 14, 2017, at 12:01 a.m. PST .

Set in New York City, the show follows a group of friends that met while attending Harvard almost two decades ago. As their careers and personal lives undergo major changes, they discover their friendships may not stay the same, either.

“They’re still doing a thing that people really do all the time, which is struggling to figure out, ‘What do we still have in common?’” says Key. “And that’s what I think separates it from other shows. (It) doesn’t ring true when people are just like, ‘We’ve been friends for 25 years, and nothing’s changed.’”

“I think that there is a sort of universal idea to a group of people who you’ve known forever, and they love you with all of your messiness and flaws – but that also makes you want to kill them, because they can remember that and access it at any time,” Delbanco says.

Smulders says the series offers an “amazing combination of real-life drama combined with hilarious moments.” And indeed, while the show’s humor is aimed at adults, so are the very real subjects it tackles, from infidelity to infertility to, well, crippling immaturity.

Says Parisse: “The show is so hilarious and also heartbreaking. Its characters are noble and, like, horrifically immoral, and I think that’s what makes the show so interesting and so funny.”