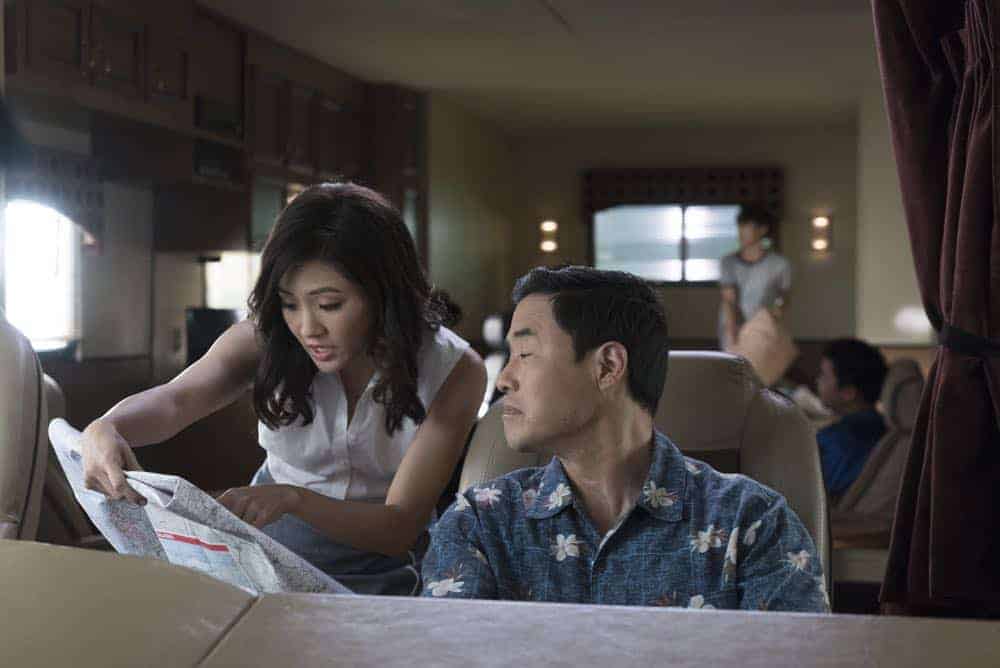 FRESH OFF THE BOAT Season 5 Episode 1 Photos Fresh Off The RV – “Fresh Off the RV” – While Honey and Marvin celebrate the birth of their baby, Jessica’s book is finally released, and she’s optimistically looking forward to a book store reading that’s been set up by her publisher to help boost sales. Louis is so excited to promote the book across the country that he buys an RV from Los Angeles Lakers great Kareem Abdul-Jabbar, who owns an RV dealership which is managed by underappreciated Calvin (Jaleel White, “Family Matters”). Meanwhile, Emery and Evan are concerned about Eddie after Nicole tells him that she’s moving to New York, and he seems completely unfazed about losing his best friend, on “Fresh Off the Boat,” FRIDAY, OCT. 5 (8:00–8:30 p.m. EDT), as part of the new TGIF programming block on The ABC Television Network, streaming and on demand.

Guest starring is Luna Blaise as Nicole, Jaleel White as Calvin, Nikea Gamby-Turner as employee, Kareem Abdul-Jabbar as himself and Michael J. Cooper as Bobby.

“Fresh Off the RV” was written by Matt Kuhn and directed by Anya Adams.

“Fresh Off the Boat” is broadcast in 720 Progressive (720P), ABC’s selected HDTV format with 5.1-channel surround sound. A TV parental guideline will be assigned closer to the airdate.

Tags
ABC Fresh Off The Boat