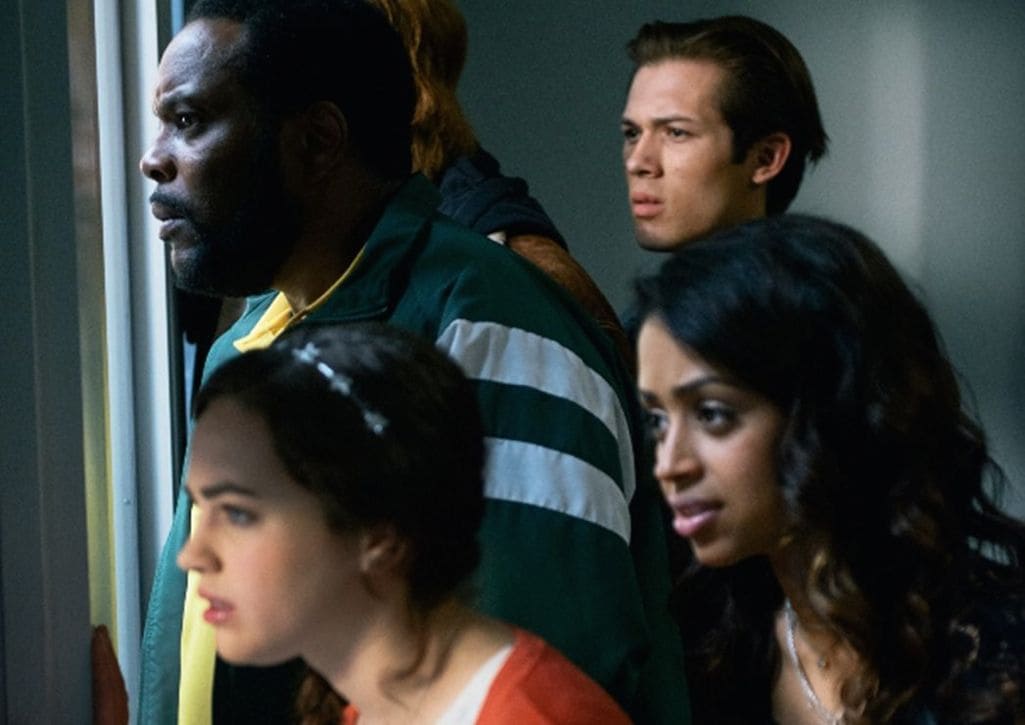 Hulu’s latest series, available to stream now, is FREAKISH. Set in a small-ish town, a bunch of students and a teacher are at the high school on a Saturday when the local chemical plant explodes. Seeing the town nearly destroyed, most of them take shelter in the building, though a few insist on stupidly running out into the craziness to look for their family and friends. Unfortunately, that’s not a great idea, and it isn’t long before those that fled return and pose a threat to the ones trying to stay safe.

FREAKISH is essentially a zombie show. There’s a group of survivors who are in danger from former friends turned into something monstrous. There are appearance and behavior changes around the infected that mimic zombie behavior, and they attack those that haven’t been changed.

So the lone adult star, Chad L. Coleman, should feel at home, having not-too-long ago been a cast member on The Walking Dead. Though FREAKISH is much less complex and deep than its AMC cousin, so it’s definitely a step down for Coleman. Then again, practically any series is a step down from The Walking Dead.

All of them are good enough, though none stood out to me as really spectacular. This feels like a low-budget, indie-type show, and that includes the casting. They’ve believable, but I don’t see any of them really breaking out and blowing up anytime soon. Though it may be that the showcase of their talent comes later in the season.

I liked the pilot a lot. It was intriguing and mysterious. Not knowing zombies were at all involved, I was very curious to see where things would go, and I was sucked in enough to want to continue. But the second episode didn’t hold my attention the same way. I quickly grew bored, and wasn’t all that thrilled to see the affected kids start showing up. It felt a bit cheesy and done-before. The pilot was good enough that I’ll give the series a chance to see if it recaptures the spirit I enjoyed so much initially, but it might be one of those quick-burns that flame out far too soon.

Despite the dramatic nature of the program, FREAKISH is only half an hour long. This format means the pilot barely has time to show the disaster, and the actual threat doesn’t appear until episode two. I haven’t yet made it any further than that, but it’s a good thing the entire first season became available all at once; ending a pilot without showing the premise would be a bad idea otherwise. I’m kind of confused as to why the episodes are so short, because there doesn’t appear to be any storytelling need for this segmentation. (And yes, I’m aware that FREAKISH got its start on a non-traditional channel, Verizon’s AwesomenessTV, but it still doesn’t make much sense from a plot-based perspective.)

Hulu isn’t known for a lot of high quality programming, but they’ve had some promising entries lately. Two episodes in, I’m thinking FREAKISH might not be one of the latter ones despite a great premiere. But there are eight episodes left to watch, so I guess we’ll see.

The entire first season of FREAKISH is available now on Hulu.