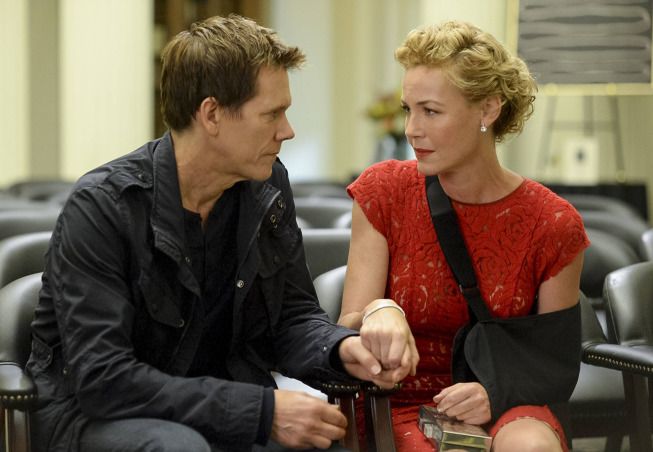 FOX has picked up Golden Globe Award winner BROOKLYN NINE-NINE, along with critically acclaimed comedies THE MINDY PROJECT and NEW GIRL, for the 2014-15 season. Psychological thriller THE FOLLOWING also was renewed, it was announced today by Kevin Reilly, Chairman of Entertainment, and Joe Earley, Chief Operating Officer, Fox Broadcasting Company.

“These shows are some of the best and acclaimed series on television, with influential, culture-driving stars, and some of the best, most creative talent behind the camera,” said Reilly and Earley. “All four are core assets within our 2014-15 portfolio of content, and we’re really happy to bring them back to our FOX fans for another season.”

BROOKLYN NINE-NINE stars Golden Globe Award winner Andy Samberg as a talented, but carefree, detective and Andre Braugher as his new precinct captain with a lot to prove. The Season One finale of BROOKLYN NINE-NINE airs Tuesday, March 25 (9:30-10:00 PM ET/PT). The series is produced by Universal Television, 3 Arts Entertainment and Fremulon. Created and written by Dan Goor (“Parks and Recreation”) and Michael Schur (“Parks and Recreation”), the series is executive-produced by Goor, Schur and David Miner (“30 Rock”). “Like” BROOKLYN NINE-NINE on Facebook at facebook.com/BrooklynNineNine. Follow the series on Twitter @Brooklyn99FOX and join the discussion using #brooklyn99.

Created and written by Mindy Kaling (“The Office”), THE MINDY PROJECT stars Kaling as a skilled OB/GYN trying to balance both her personal and professional life. The special one-hour Spring Premiere, featuring back-to-back episodes of THE MINDY PROJECT, airs Tuesday, April 1 (9:00-9:30/9:30-10:00 PM ET/PT) and then returns to its normal timeslot on Tuesdays at 9:30 PM ET/PT. THE MINDY PROJECT is produced by 3 Arts Entertainment in association with Universal Television. The series is created and written by Mindy Kaling. Kaling, Howard Klein (“The Office,” “Parks and Recreation”), Matt Warburton (THE SIMPSONS), Michael Spiller (“Modern Family”) and Jack Burditt (“30 Rock”) are executive producers. “Like” THE MINDY PROJECT on Facebook at www.Facebook.com/TheMindyProject. Follow the series on Twitter @MindyProjectFOX and join the discussion at #themindyproject.

Edge-of-your-seat thriller THE FOLLOWING, from Kevin Williamson (“Vampire Diaries,” “Scream” franchise) and starring Golden Globe Award winner Kevin Bacon (“X-Men: First Class,” “Frost/Nixon”) and James Purefoy (“Rome”), follows a deadly cat-and-mouse chase between a former FBI agent (Bacon) and a devious and diabolical serial killer (Purefoy). THE FOLLOWING airs Mondays (9:00-10:00 PM ET/PT). The series is from Bonanza Productions Inc. in association with Outerbanks Entertainment and Warner Bros. Television. The series is created, written and executive-produced by Kevin Williamson. Marcos Siega (“Dexter,” “The Vampire Diaries”) serves as an executive producer and director on the series. “Like” THE FOLLOWING on Facebook at www.facebook.com/TheFollowing. Follow the series on Twitter @TheFollowingFOX and join the discussion at #thefollowing.