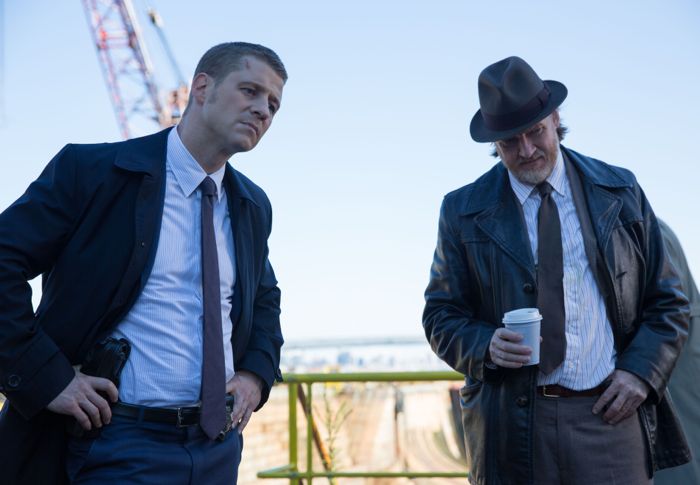 “It takes a very special team to tell the tales of GOTHAM. For the past two seasons, Bruno, Danny and John have masterfully honored the mythology of GOTHAM and brought it to life with depth, emotion and memorable high drama,” said Madden. “This incredibly talented cast has redefined these iconic characters for a new generation, and we couldn’t be more proud of this show.”

In the all-new episode “Wrath of the Villains: Mad Grey Dawn,” airing Monday, March 21 (8:00-9:01 PM ET/PT) on FOX, Gordon (Ben McKenzie) and Bullock (Donal Logue) investigate a trail of clues left in a museum robbery, which, unbeknownst to them, were left by Nygma (Cory Michael Smith) in a dangerous game of cat-and-mouse. Meanwhile, Gordon’s past comes back to haunt him when an anonymous person threatens to expose his hand in Galavan’s murder. Also, Penguin’s (Robin Lord Taylor) visit to some old friends leads him to meet his father, Elijah Van Dahl (guest star Paul Reubens), and Bruce (David Mazouz) practices his street smarts.