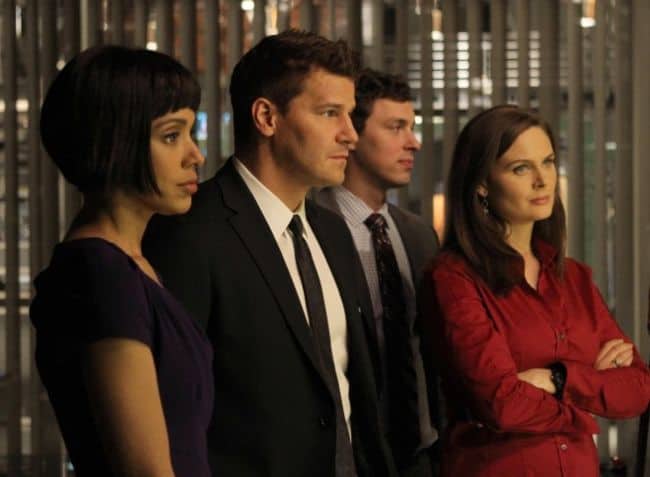 FOX has renewed the hit series BONES for its upcoming ninth season, it was announced today by Kevin Reilly, Chairman of Entertainment, Fox Broadcasting Company.

“After more than 150 episodes, BONES continues to be one of television’s most dynamic and consistent dramas,” said Reilly. “We at FOX, along with millions of zealous fans, look forward to seeing where the incredible creative team takes the series next season.”

BONES returns with all-new episodes, beginning with a special two-hour Winter Premiere Monday, Jan. 14 (8:00-10:00 PM ET/PT) on FOX. In the episode, “The Diamond in the Rough/The Archeologist in the Cocoon,” the Jeffersonian team investigates the death of a professional ballroom dancer who was murdered three days before her audition on a popular dancing competition show. In order to solve the case, Brennan (Emily Deschanel) and Booth (David Boreanaz) go undercover as dance competitors to see if they can find potential suspects. Then, the team investigates the murder of a well-known archeologist with a questionable reputation, who came upon a career-defining discovery right before his death.