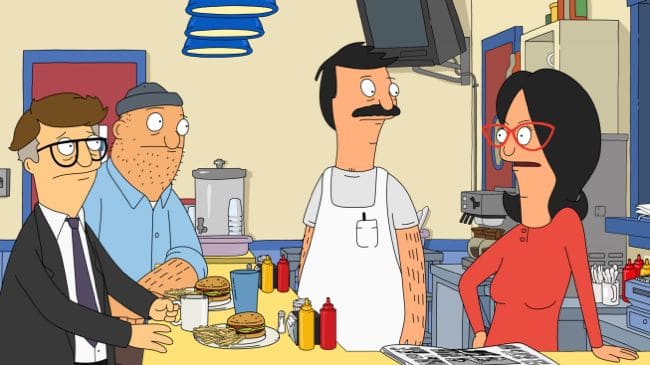 FOX has renewed the Emmy Award-nominated BOB’S BURGERS for a fifth season, ordering 22 additional episodes of the hit animated series, it was announced today by Kevin Reilly, Chairman of Entertainment, Fox Broadcasting Company.

“BOB’S BURGERS is one of those rare finds that just continues to outdo itself, creatively,” said Reilly. “The show has become a key member of our Sunday ANIMATION DOMINATION family, and we’re looking forward to attracting new fans with another season.”

In the upcoming season premiere, “A River Runs Through Bob,” airing this Sunday, Sept. 29 (8:30-9:00 PM ET/PT) on FOX, Bob (H. Jon Benjamin), Linda (John Roberts) and the kids go on a camping adventure and face the perils of nature…and Bob’s intestines.