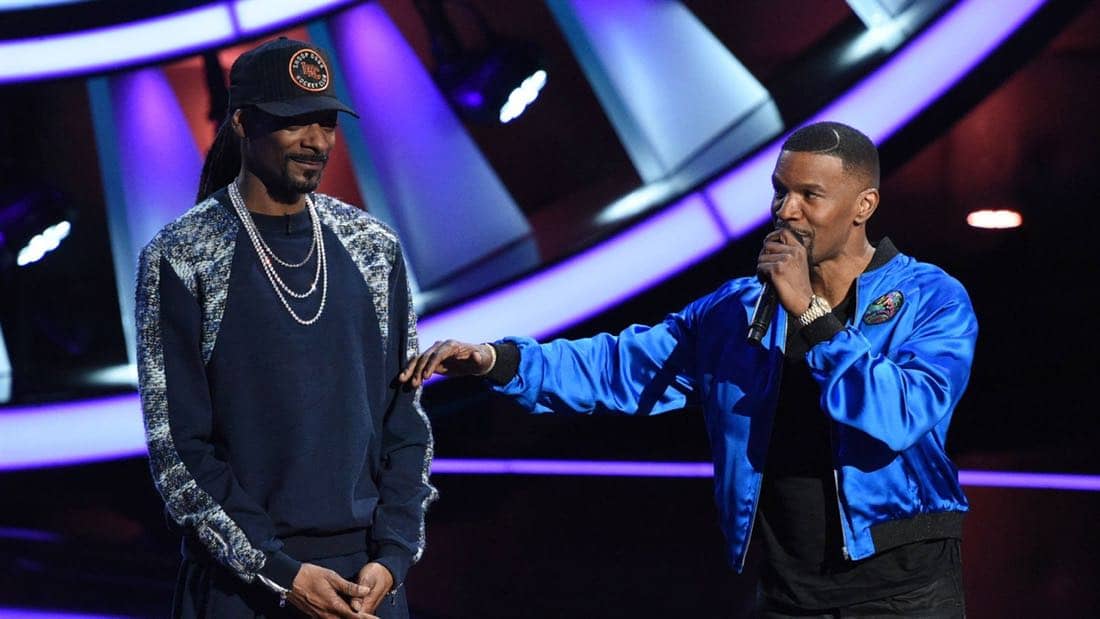 Interactive music game show BEAT SHAZAM, hosted and executive-produced by Jamie Foxx, has been renewed for a second season, it was announced today by Rob Wade, President, Alternative Entertainment and Specials, Fox Broadcasting Company. Foxx will return as host and executive producer for Season Two, along with executive producers Mark Burnett and Jeff Apploff.

“Jamie is the ultimate host and entertainer,” said Wade. “He’s a larger-than-life personality, with a passion for music that’s infectious, and we can’t wait to have him return for another great round of BEAT SHAZAM in Season Two.”

On this week’s all-new episode of BEAT SHAZAM airing tomorrow, Thursday, July 13 (8:00-9:00 PM ET/PT), Mariah Carey stops by to surprise the contestants during the “Divas” round, and another team attempts to BEAT SHAZAM for the one million dollar grand prize.

The interactive music game show pits teams of two against the clock and each other as they attempt to identify the biggest hit songs of all time. In the end, the team with the most money banked will outlast the competition and go against Shazam, the world’s most popular song identification app, for the chance to win one million dollars. In addition to Carey, the series has featured a number of celebrity guest stars, including Snoop Dogg, Terrence Howard and Odell Beckham, Jr.

Shazam is one of the world’s most popular apps, used by hundreds of millions of people globally to connect to the world around them. Building on its pioneering leadership in music identification, Shazam now helps people discover, interact with, and share video, audio, or printed content on TV, radio, movie screens, magazines, newspapers, packaged goods, and retail stores – and now Shazam lets music fans follow their favorite artists to see their Shazams and share in the thrill of discovery. The app has been downloaded more than 1 billion times, and has exceeded 30 billion total Shazams since its launch, while users Shazam more than 20 million times each day.

BEAT SHAZAM was created by Jeff Apploff and Wes Kauble and is produced by Apploff Entertainment and MGM Television in association with Shazam. Jeff Apploff, Mark Burnett, Jamie Foxx, Barry Poznick, Rich Riley and Lauren Zalaznick serve as executive producers. “Like” BEAT SHAZAM on Facebook at facebook.com/BeatShazamFOX. Follow the series on Twitter @BeatShazamFOX and join the discussion using #BeatShazam.