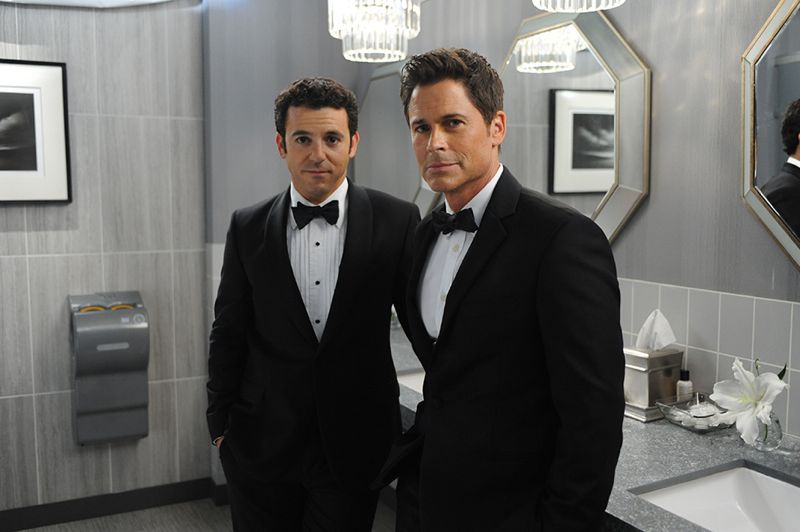 FOX has ordered a full season of new comedy THE GRINDER, it was announced today by David Madden, President, Entertainment, Fox Broadcasting Company.

“THE GRINDER is the perfect combination of razor-sharp wit and relatable family dynamics — two hallmarks of successful comedies,” said Madden. “The critics have embraced this original, fresh and funny show, and the talented cast – led by Rob Lowe and Fred Savage – has done such an incredible job infusing it with biting humor and heartfelt moments.  We are so excited about the storylines that these fantastic producers have planned for the rest of the season.”

Season to date, THE GRINDER has delivered year-over-year gains, lifting FOX’s average in the time period by +70% among Adults 18-49 versus last fall.

In the next all-new episode of THE GRINDER, “A Bittersweet Grind (Une Mouture Amer),” airing Tuesday, Nov. 3 (8:30-9:00 PM ET/PT), just as Dean (Rob Lowe) prepares to give up on what he thinks is a hopeless search for love, he is reunited with Gail (guest star Christina Applegate), an old flame who restores his belief in romance. Meanwhile, Deb (Mary Elizabeth Ellis) encourages Stewart (Fred Savage) to change his strict ways and let Lizzie (Hana Hayes) have a supervised date with Joel Zadak (guest star Johnowen Lowe).

THE GRINDER is produced by 20th Century Fox Television. The series is created and written by Andrew Mogel and Jarrad Paul (“The D Train,” “Allen Gregory”). The series is executive-produced by Mogel, Paul, Nicholas Stoller (“Neighbors,” “Forgetting Sarah Marshall”), Melvin Mar (NEW GIRL, “Fresh Off the Boat”), Ben Wexler (“The Comedians”), and Rob Lowe. Jake Kasdan (NEW GIRL, “Fresh Off the Boat”) serves as both director and executive producer. “Like” THE GRINDER on Facebook at facebook.com/TheGrinderFOX. Follow the series on Twitter @TheGrinderFOX and join the conversation using #TheGrinder. See photos and videos on Instagram @TheGrinderFOX.

All episodes THE GRINDER are available on FOX NOW, Hulu and Fox On Demand. To learn more about FOX NOW, please visitwww.foxnow.com.