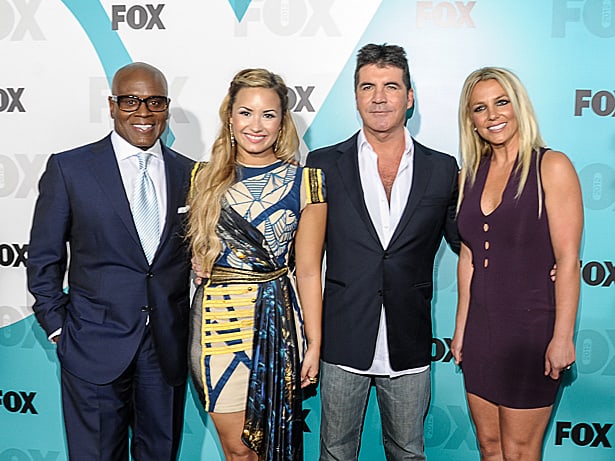 FOX has ordered a third season of THE X FACTOR, it was announced today by Mike Darnell, President of Alternative Entertainment, Fox Broadcasting Company.

“I couldn’t be happier about THE X FACTOR already being renewed for another season,” said Simon Cowell. “I am so proud of the show and the team who have made it this season. I want to thank our incredible sponsors for their support and creativity, and FOX for going out of their way to do everything they can to make this show a success. Most importantly, I have to personally thank our amazing fans for the support and enthusiasm they have given to THE X FACTOR. Our main commitment will always be to find great talent, and let’s not forget, we are now days away from our first live shows. The gloves are off! Expect fireworks!”

“This season, Simon and the producers of THE X FACTOR took an already strong show and made it absolutely fantastic. The format changes are working, the contestants are unbelievably talented, and Britney and Demi – alongside Simon and L.A – have brought an incredibly fun new chemistry to the judges’ panel that our fans really love,” said Darnell. “We feel great about the show and I’m thrilled to bring it back next year for Season Three.”

“We’re absolutely thrilled that THE X FACTOR will be returning to FOX for a third hit season,” said Trish Kinane, President of Entertainment Programming at FremantleMedia North America. “We’ve seen an incredible range of talent so far and we’re getting set for some truly blockbuster live shows this season that viewers will love. THE X FACTOR has really come into its own this year, finding its unique place and cementing its position as one of the leading talent shows in the entertainment landscape, as well as showing clear potential to build into a brand with true longevity. We’re looking forward to working with the fantastic teams at FOX and Syco, along with our sponsors, to build upon the show’s success.”

THE X FACTOR continues to break social TV records with the most fan engagement of any series on television and three times the social activity of its genre competitors. Each episode consistently achieves more Twitter trending topics than the competition. The second season premiere of THE X FACTOR shattered the record for a series premiere, garnering 1.4 million social comments, according to Bluefin Labs.

Following schedule changes due to the rain-delayed MLB NLCS game last week, on Tuesday, Oct. 23, the highly anticipated conclusion of the “Judges’ Homes” round of THE X FACTOR will air at a special time from 9:30-10:30 PM ET/PT on FOX. Simon Cowell, Demi Lovato, L.A. Reid and Britney Spears will reveal the 16 acts among the Teens, Young Adults, Groups and Over 25s categories that will continue in the competition.