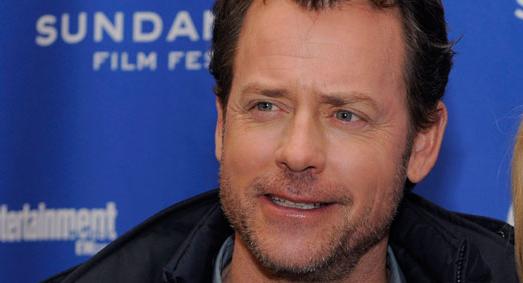 Kicking off its drama pilot orders, Fox Broadcasting Company (FOX) has given a pilot order to RAKE, a character-driven comedic drama by Peter Duncan (creator of the original Australian series) and executive-produced by Peter Tolan (“Rescue Me,” “Analyze This”) and Michael Wimer (“2012”). Academy Award nominee and Emmy Award winner Greg Kinnear (“Little Miss Sunshine,” “The Kennedys”) has been cast in the lead role of KEEGAN JOYE, a brilliant, but self-destructive criminal defense lawyer. Kinnear also will co-executive-produce.

Based on the Australian AACTA nominee for Best Television Drama Series, RAKE follows the chaotic and comedic life of criminal defense lawyer KEEGAN JOYE (Kinnear). Brilliant, frustratingly charming, and with zero filter, Keegan is one of life’s great addicts. His staggering lack of discretion and inability to self-censor land him the cases that nobody else wants, but behind that lies a resolute optimism and belief in justice that fuel his dogged determination to defend those who seem beyond redemption. In addition to Keegan’s cases within the justice system, the show follows his personal trials and tribulations, including his ongoing battle against the IRS, his mounting debt to his bookie, overlapping affairs and liaisons with women, a hormonal son, an exhausted ex-wife and the evolving relationship between his two married best friends, Ben and Scarlett.

Greg Kinnear received an Academy Award nomination for his work in the 1997 film “As Good as It Gets.” His recent role on “Modern Family” earned him a 2012 Emmy Award nomination for Outstanding Guest Actor in a Comedy Series. For his performance as John F. Kennedy in the cable miniseries “The Kennedys,” he was nominated for 2011 Emmy Award in the category of Outstanding Lead Actor in a Miniseries or Movie. In 1995, Kinnear and the producers of cable’s “Talk Soup” won the Daytime Emmy Award for Outstanding Special Class Program.

RAKE is produced by Sony Pictures Television, Fedora Entertainment and Essential Media & Entertainment Pty Ltd. The pilot is created and written by Peter Duncan. The pilot is executive-produced by Duncan, Peter Tolan, Michael Wimer, Richard Roxburgh (“Rake,” “Legend of the Guardians: The Owls of Ga’Hoole”) and Ian Collie (“Rake”).