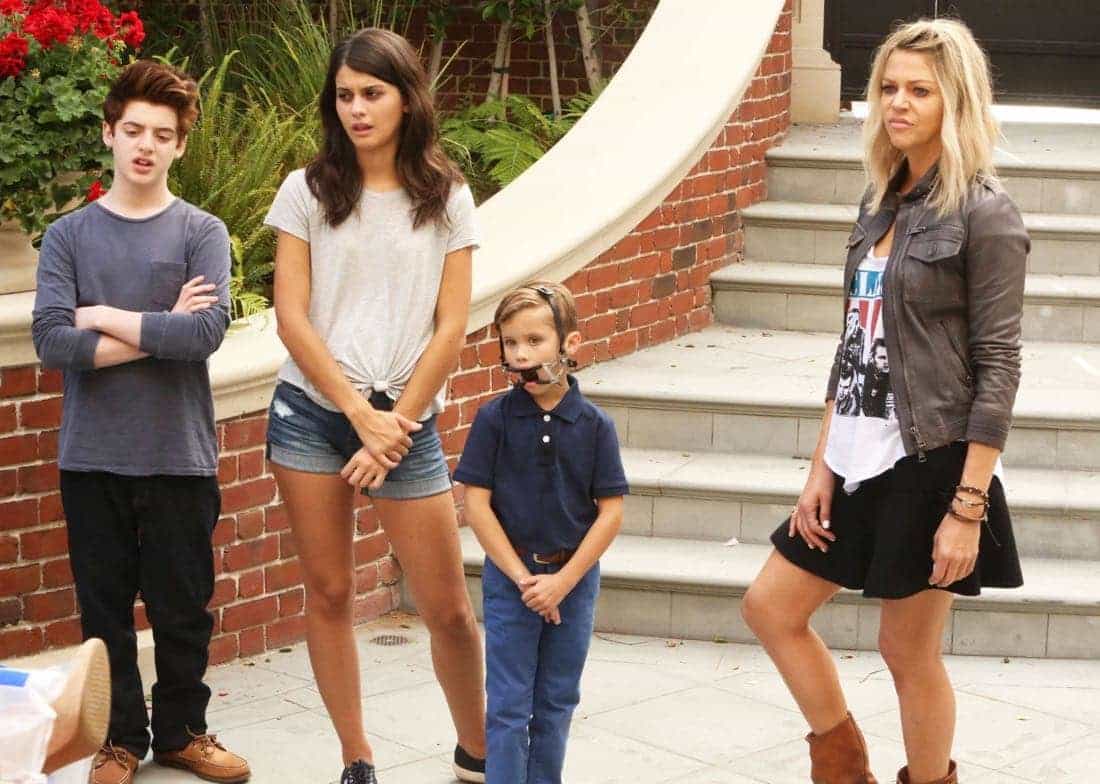 FOX has ordered four additional episodes of the season’s No. 1 new comedy, THE MICK, bringing the total to 17 episodes.

The next all-new episode of THE MICK, starring Kaitlin Olson (“It’s Always Sunny in Philadelphia”), will air on a special night and time Sunday, Jan. 15 (9:00-9:30 PM ET/PT), following THE SIMPSONS’ first-ever one-hour episode (8:00-9:00 PM ET/PT) on FOX. In the all-new episode of THE MICK, “The Balloon,” Mickey (Kaitlin Olson) learns that the family has forgotten Ben’s (Jack Stanton) seventh birthday, and forces them to put their selfish tendencies aside for one day and throw him the celebration he deserves, which proves way harder than planned.

In its regular time period on Tuesday, Jan. 17 (8:30-9:00 PM ET/PT), the all-new “The Fire” episode airs, in which Mickey tries to quit smoking, while Chip (Thomas Barbusca) attempts to be a role model for Ben, who will only listen to his new imaginary friend.

THE MICK is the season’s No. 1 new comedy. In Live +7 ratings, the special premiere of THE MICK on Sunday, Jan. 1, scored a 3.7/12 among Adults 18-49, ranking it as this season’s highest-rated new comedy debut and the highest-rated comedy debut in more than 15 months on any network. In addition, THE MICK dominated as the No. 1 entertainment program of the Week. In seven-day Total Multi-Platform Audience, THE MICK’s audience grew +35% to 11.6 million viewers, tying LETHAL WEAPON as FOX’s highest-rated series premiere of the season. In its regular time period premiere, THE MICK posted the network’s highest rated Tuesday entertainment telecast of the season.

THE MICK is a comedy about an unapologetic degenerate (Kaitlin Olson) who suddenly finds herself stuck raising her spoiled niece (Sofia Black-D’Elia, “The Night Of”) and nephews (Thomas Barbusca, “Middle School: The Worst Years of My Life”; newcomer Jack Stanton) in affluent Greenwich, CT. It’s pretty much everything she never wanted. Regardless, she’s determined to rise to the occasion and transform these little monsters into honest, hard-working, decent members of society – something she knows absolutely nothing about. The series also stars Carla Jimenez (“Last Man Standing”) and newcomer Scott MacArthur.

All episodes of THE MICK are available on FOX NOW, Hulu and FOX On Demand. To watch episodes on FOX NOW, visit http://fox.tv/watchlthemick.