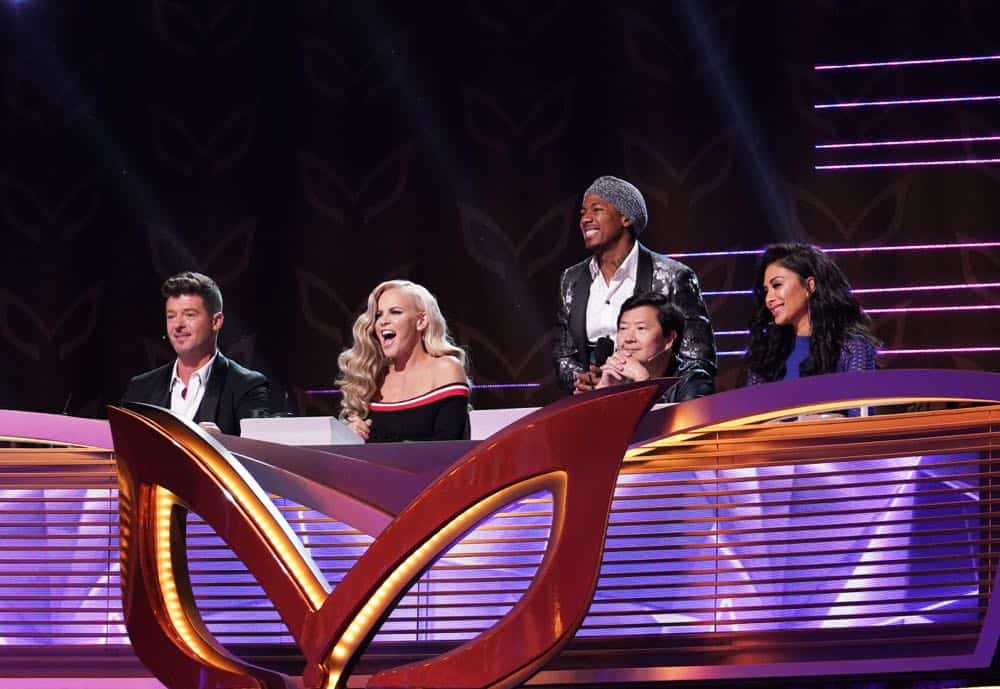 FOX has ordered the new celebrity competition series THE MASKED SINGER, to premiere in January 2019. Based on an international hit, which already is a viral phenomenon with more than half a billion fans worldwide, and the No. 1 top-trending video of 2017 on YouTube, THE MASKED SINGER features celebrities facing off against one another with one major twist: each singer is shrouded from head to toe in an elaborate costume, complete with full face mask to conceal his or her identity. Ken Jeong, Jenny McCarthy, Nicole Scherzinger and Robin Thicke serve on the panel and play detective, alongside host Nick Cannon.

“This is truly one of the most unique, genre-defining formats I’ve ever seen,” said Rob Wade, President, Alternative Entertainment and Specials, Fox Broadcasting Company. “It’s a massive international hit, and its boldness and originality make it the perfect fit for FOX.”

“There are very few hit formats left in the world, and when I saw ‘The Masked Singer,’ which is a true global and viral phenomenon that has captured the world’s attention, I knew it had to be brought to life in America,” added executive producer Craig Plestis.

Between all of the celebrity competitors on the show, they’ve amassed 65 Grammy nominations, 16 multi-Platinum albums, 16 Emmy nominations, nine Broadway shows, four stars on the Hollywood Walk of Fame and four Super Bowl titles. With each performance, the host, panelists, audience, viewers and even the other contestants are left guessing who is singing behind the mask. The singers may attempt to throw the crowd off of their scent, while keen observers might pick up on tiny hints buried throughout the show. One singer will be eliminated each week, ultimately revealing his or her true identity. It’s not a “whodunit,” it’s a “whosungit!”

Produced by Endemol Shine North America, THE MASKED SINGER was developed for the U.S. and is executive-produced by Craig Plestis (“Minute to Win It,” “The Winner Is”). Izzie Pick Ibarra (“Dancing with the Stars,” “Breaking Pointe”) also serves as an executive producer, and Alex Rudzinski (“Dancing with the Stars,” “Grease: Live”) will direct. THE MASKED SINGER is based on the South Korean format created by Mun Hwa Broadcasting Corp. “Like” THE MASKED SINGER on Facebook at facebook.com/maskedsingerfox. Follow the series on Twitter @maskedsingerfox and join the conversation using #TheMaskedSinger. Check out photos and videos on Instagram @maskedsingerfox.