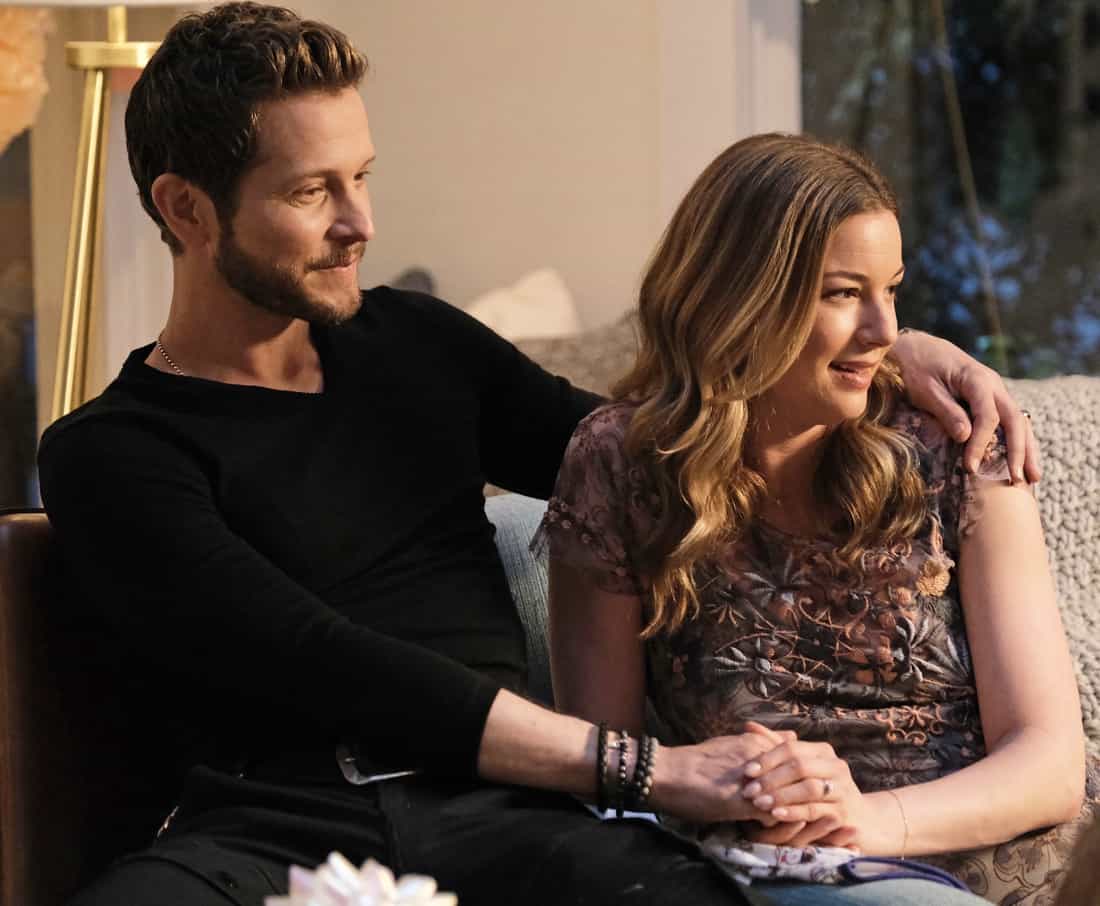 “We are presenting a fall lineup that builds upon FOX’s legacy of bold stories and truth-telling-characters; stories that meet and reflect the cultural moment. FOX believes it’s a time for series that offer hope and to speak to American audiences with themes of reinvention and second chances,” Collier said. “Alongside our programming focus, we are forging ahead with a clear, 100% ad-supported vision. FOX’s acquisition of free-ad-focused Tubi has allowed us to expand our broadcast offering, bringing scale across both linear and streaming, all without any paywalls or subscriptions.  This is a strategy that deepens FOX’s relationship with our audience and advertising partners, and it will continue to set FOX apart.”

The all-new dramas joining the already strong lineup of dramas, animated comedies and unscripted on FOX are THE BIG LEAP and OUR KIND OF PEOPLE.

Inspired by Lawrence Otis Graham’s provocative, critically acclaimed book, “Our Kind of People: Inside America’s Black Upper Class,” the series takes place in the aspirational world of Oak Bluffs on Martha’s Vineyard, a historical stronghold where the rich and powerful black elite have come to play for over 50 years. From executive producer Lee Daniels (“Empire,” “The United States Vs. Billie Holiday”) and writer and executive producer Karin Gist (“Star,” “Grey’s Anatomy”), OUR KIND OF PEOPLE follows a strong-willed, single mom as she sets out to reclaim her family’s name and make an impact with her revolutionary haircare line that highlights the innate, natural beauty of black women. But she soon discovers a dark secret about her own mother’s past that will turn her world upside-down and shake up this community forever. The show is a soapy, thrilling exploration of race and class in America and an unapologetic celebration of black resilience and achievement.  The series stars Yaya DaCosta (“Chicago Med,” “Whitney”) as Angela Vaughn and Morris Chestnut (THE RESIDENT) as Raymond DuPont.

The new unscripted series premiering this fall is ALTER EGO.

From FOX Alternative Entertainment and executive-produced by Matilda Zoltowski (“Dancing with the Stars,” “World of Dance”), ALTER EGO is an all-new original singing competition where lost dreams and second chances are reignited when singers from all walks of life become the stars they’ve always wanted to be. However, these contestants won’t perform as themselves. Rather, they’ll be given the chance to show how they’ve always wanted to be seen, creating their dream avatar ALTER EGO to reinvent themselves and perform like never before.

The new midseason dramas are THE CLEANING LADY and MONARCH.

From executive producer/writer Miranda Kwok (“The 100”), executive producer/showrunner Melissa Carter (“Queen Sugar”), executive producer/director Michael Offer (“Homeland,” “How to Get Away with Murder”) and executive producers Shay Mitchell (“You,” “Pretty Little Liars”), Rose Marie Vega and Paola Suarez, THE CLEANING LADY is a thrilling and emotionally driven character drama about a whip-smart Cambodian doctor who comes to the U.S. for a medical treatment to save her ailing son. However, when the system fails and pushes her into hiding, she refuses to be beaten down and marginalized. Instead, she becomes a cleaning lady for organized crime, using her cunning and intelligence to forge her own path in the criminal underworld. The series stars Elodie Yung (“The Hitman’s Bodyguard”), Adan Canto (“Designated Survivor,”), Martha Millan (“The OA”) and newcomers Valentino and Sebastien LaSalle.

MONARCH is an epic, multi-generational musical drama about America’s first family of country music. The series debuts with a special two-night event beginning Sunday, Jan. 30, immediately following the NFC CHAMPIONSHIP, and continuing on Tuesday, Feb. 1. In MONARCH, from FOX Entertainment, the Romans are passionate and fiercely talented, but while their name is synonymous with honesty, the very foundation of this family’s success is a lie. When dangerous truths bubble to the surface, the Romans’ reign as country royalty is put in jeopardy. Nicky Roman, the brilliant and fierce heir to the crown, already battling an industry and world stacked against her, will stop at nothing to protect her family’s legacy. It’s finally her turn. But is it too late? MONARCH is produced by FOX Entertainment. Melissa London Hilfers (“Instinct”) serves as creator, writer and executive producer. Michael Rauch (“Royal Pains”) is an executive producer and showrunner. Gail Berman and Hend Baghdady (The Jackal Group) and Jason Owen (Sandbox Entertainment) also serve as executive producers.

The new midseason comedies are WELCOME TO FLATCH and PIVOTING.

Inspired by BBC Studios’ BAFTA-winning BBC format, “This Country,” WELCOME TO FLATCH (fka “This Country”) is a half-hour comedy written and executive-produced by Emmy Award winner Jenny Bicks (“Sex and the City,” “The Greatest Showman”) and directed and executive-produced by Emmy Award nominee Paul Feig (“The Office,” “Bridesmaids”). When a documentary crew sets out to explore the lives of residents in a small American town – their dreams, their concerns – they stumble upon the midwestern town of Flatch, which is made up of many eccentric personalities. It’s a place you want to visit and maybe even stay. If there was a decent motel. Which there is not. The series stars newcomers Chelsea Holmes and Sam Straley, Seann William Scott (“Lethal Weapon,” “American Pie” franchise), Aya Cash (“The Boys,” “You’re The Worst”), Taylor Ortega (“Succession”) and newcomers Krystal Smith and Justin Linville.

PIVOTING is a single-camera comedy about how we deal with life, death and all the crazy things that happen in between. Set in a small, middle-class town in Long Island, NY, the series follows three women – and close-knit childhood friends – as they cope with the death of the fourth member of their group. When faced with the reality that life is short, these women pivot, and alter their current paths, by way of a series of impulsive, ill-advised and self-indulgent decisions. These pivots will strengthen their bond and prove it’s never too late to screw up your life in the pursuit of happiness. Written and executive-produced by Liz Astrof (“The Conners,” “2 Broke Girls”), the series stars Eliza Coupe (“Happy Endings”), Ginnifer Goodwin (“Once Upon a Time”), Maggie Q (“Designated Survivor”), Tommy Dewey (“Casual”), JT Neal (“Bless This Mess”) and Marcello Reyes (“Modern Family”).

The new midseason unscripted series are NEXT LEVEL CHEF, DON’T FORGET THE LYRICS! and DOMINO MASTERS.

Gordon Ramsay is back with NEXT LEVEL CHEF, the next evolution in cooking competitions. Produced by FOX Alternative Entertainment and Studio Ramsay, the series features a one-of-a-kind culinary gauntlet – which Chef Ramsay designed — set on an iconic stage like you’ve never seen. Over three stories high, each floor contains a stunningly different kitchen. From the glistening top floor to the challenging bottom of the basement, the ingredients will match the environment, because Ramsay believes the true test of a great chef is not only what they can do in the best of circumstances, but what kind of magic they can create in the worst!  With a level playing field, Chef Ramsay has opened up the competition and scoured the country for the very best line cooks, home chefs, social media stars, food truck owners and everything in between, all competing against one and other with the goal of finding the food world’s newest superstar. Joined by two elite names in the food world, chefs Nyesha Arrington and Gino D’Acampo, Ramsay and his co-mentors will leave no stone unturned, as they each recruit a group of the talented young chefs and take them under their wings. Ramsay and his friends will attempt to bring out the very best in their cooks, as they all try to find “the one.”

Emmy Award nominee Niecy Nash hosts the all-new version of the popular game show DON’T FORGET THE LYRICS!, challenging contestants’ musical memory, as they get one song closer to winning $1 million if they DON’T FORGET THE LYRICS! Contestants will choose songs from different genres, decades and musical artists, then they’ll take center stage to sing alongside the studio band as the lyrics are projected on screen – but suddenly the music will stop, and the words will disappear. Will the contestants belt out the correct missing lyrics, or freeze under pressure?  If they sing nine songs correctly, they are presented with a No. 1 hit and sing the final missing lyrics for the top prize of $1 million. It’s that simple: 10 songs, some missing lyrics, $1 million.

Hosted by multi-Emmy-Award-winning actor and comedian Eric Stonestreet (“Modern Family”), DOMINO MASTERS brings imagination and creative ingenuity to life when teams of domino enthusiasts go head-to-head in a toppling tournament to create mind-blowing masterpieces, with infinite possibilities and thousands of tiles and unique kinetic devices. Stonestreet is joined by a panel of judges, including best-selling author and actress Danica McKellar (“Matchmaker Mysteries”), NFL Pro-Bowler and Super Bowl Champion Vernon Davis (“The Challenge”) and professional domino artist Steve Price, as 16 skilled teams compete against each other in ambitious building challenges to be crowned the country’s most talented amateur domino topplers. In each episode, the teams will be given a bold theme and exciting custom

elements to incorporate into their topple. The competing pairs who most impress the judges will progress to the next round, until the finale, during which the top teams will face off for a cash prize, the ultimate trophy and the grand title of DOMINO MASTERS.

From executive producers Howard Gordon (“24,” “Homeland”), Alex Gansa (“24,” “Homeland”) and David Shore (“The Good Doctor,” “House”), ACCUSED is based on the BBC’s BAFTA-winning crime anthology, in which each episode opens in a courtroom on the accused without knowing their crime or how they ended up on trial, the drama is told from the defendant’s point of view. In ACCUSED, viewers discover how an ordinary person got caught up in an extraordinary situation, ultimately revealing how one wrong turn leads to another, until it’s too late to turn back.

KRAPOPOLIS is an animated comedy set in mythical ancient Greece from Emmy Award-winning creator Dan Harmon (“Rick and Morty,” “Community”). Centered on a flawed family of humans, gods and monsters that tries to run one of the world’s first cities without killing each other. Fully owned and financed by FOX Entertainment, the comedy will be produced by its Emmy Award-winning animation studio, Bento Box Entertainment. Additionally, KRAPOPOLIS will serve as the first-ever animated series curated entirely on the Blockchain, as FOX and Bento Box enter the NFT business. The company will launch a dedicated marketplace for KRAPOPOLIS that will curate and sell digital goods, ranging from NFTs of one-of-a-kind character and background art and GIFs, as well as tokens that provide exclusive social experiences to engage and reward super fans.

This August, FOX travels to FANTASY ISLAND, with an all-new version of the classic show. A modern drama series, FANTASY ISLAND takes place at a luxury resort, where literally any fantasy requested by guests is fulfilled, although they rarely turn out as expected. Delving into the “what if” questions — both big and small — that keep us awake at night, each episode will tell emotional, provocative stories about people who arrive with dreams and desires, and depart enlightened and transformed through the magical realism of Fantasy Island. Serving as steward of this mysterious island is ELENA ROARKE (Roselyn Sanchez, “Devious Maids,” “Grand Hotel”), a descendant of the iconic Mr. Roarke. Elena set aside her own ambitions, and even the love of her life, to uphold her family’s legacy. Sophisticated, insightful and always charming, her calm exterior masks the challenges of the responsibilities she has assumed. Assisting Elena is RUBY OKORO (Kiara Barnes, “The Bold and the Beautiful”), a young woman with an old soul who arrives on Fantasy Island with a terminal illness, and is given a new lease on life there; and pilot JAVIER (John Gabriel Rodriquez, “Miranda’s Rights,” “Rosewood”), who also is the head of island transportation and a jack of all trades.