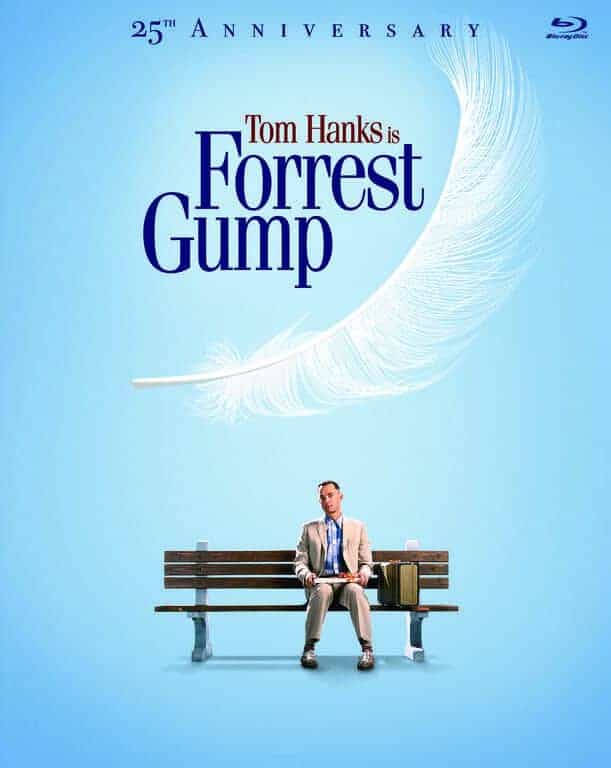 Seat42F and Paramount Home Media have teamed up to give three lucky winners a copy of FORREST GUMP 25th Anniversary on Blu-ray. For a chance to win send an email to contest@seat42f.com and tell us your favorite Tom Hanks movie. Only one entry per person. Contest ends July 9th. Winners will be notified on July 10th via email.

In 1994 moviegoers met a man named Forrest Gump whose story was both a deeply personal and affecting odyssey and a universal meditation on our times.  Hailed as “magical” (Roger Ebert, Chicago Sun-Times) and filled with “startling grace” (Peter Travers, Rolling Stone), FORREST GUMP became not only a global blockbuster, but a true cultural touchstone.

25 years later, FORREST GUMP remains a treasured cinematic classic that is beloved and quoted the world over.  Tom Hanks gives an astonishing performance as Forrest, an everyman whose simple innocence comes to embody a generation.  Alongside his mamma (Sally Field), his best friend Bubba (Mykelti Williamson), his commanding officer Lieutenant Dan (Gary Sinise), and his favorite girl Jenny (Robin Wright), Forrest has a ringside seat for the most memorable events of the second half of the 20th century.

To celebrate the film’s 25th anniversary, Paramount will host a special outdoor screening leading into Memorial Day weekend on the National Mall in Washington, D.C. on Friday, May 24, at 8:00 p.m.  The free screening will take place between 10th and 12th Streets with spots on the lawn available on a first-come, first-served basis.

A newly remastered version of FORREST GUMP is now available in a two-disc Blu-ray.  The set includes access to a Digital copy of the film as well as over three hours of previously released bonus content detailing the creative efforts that went into making the enduring classic: