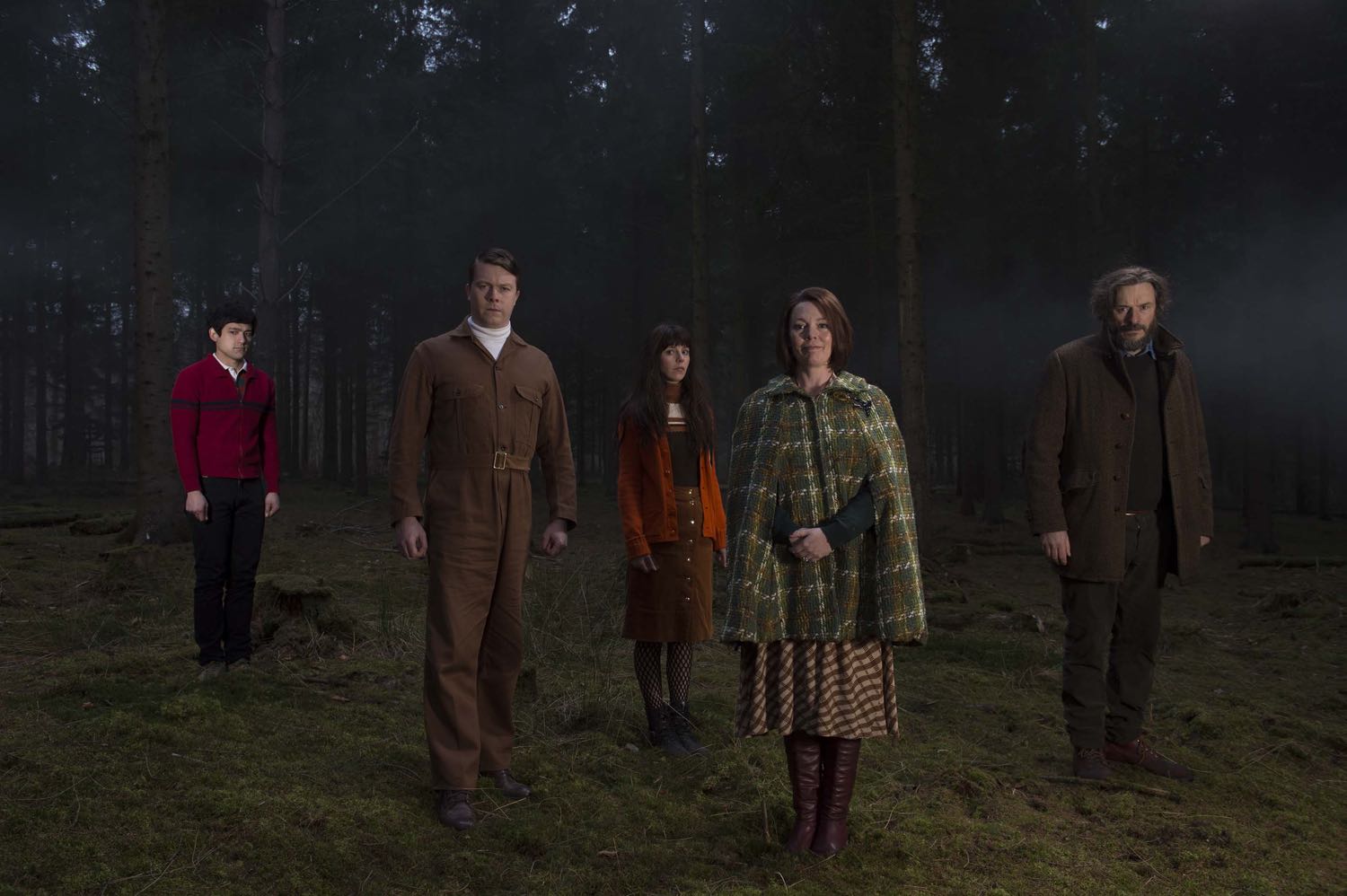 Premiering stateside on May 5th is the British sitcom FLOWERS. A very dark, very off-beat comedy show about a messed up, three-generation family, it will make you both uncomfortable and amused, though the balance between the two may vary moment to moment. It’s an original work that is hard to compare to any existing show, despite the familiar family format, and while I don’t yet know if I should recommend it or not, two episodes into the six episode run, it is certainly something worth taking note of.

The patriarch is Maurice Flowers (Julian Barratt, The Might Boosh), a children’s author who tries to kill himself in the opening moments of the show. This in of itself is a startling beginning, with the strange verses of his literature serving as voiceover to the events. And while we’re told Maurice is a successful writer, the content of the stories we hear seems questionable and certainly speaking to much deeper levels than most works geared towards kids.

Maurice’s wife, Deborah (Olivia Colman, Broadchurch, The Night Manager), is completely oblivious to what her husband is up to, but she willfully goes that way through life. It looks like she’d rather be happy than knowledgeable, and in dealing with her family and friends, looks at the bright side rather than the honest one. Her attitude is obviously a façade, clearly failing to convince even herself of her rosy perspective, and there is always the sense she is barely a few seconds away from losing it.

Around this couple, who are celebrating an anniversary, revolve their grown-but-still-living-at-home twin children, egotistical inventor Donald (Daniel Rigby, Flyboys) and musical lesbian Amy (Sophia Di Martino, Casualty). Donald and Amy both happen to be interested in the same girl, Abigail (Georgina Campbell, After Hours), whose plastic surgeon father, George (Angus Wright, Maleficent), will not stop his inappropriate flirting. Plus, there’s Maurice’s senile mother, Hattie (Leila Hoffman, How Not to Live Your Life), Maurice’s almost-servant-like assistant, Shun (creator Will Sharpe), and a handful of other bizarre personalities that flit in and out of the story.

If this sounds like a lot, trust me, it is. Watching FLOWERS makes it feel like even more, the constant fast pace and dense plotlines making your forget each installment is a mere twenty-three minutes in length. It’s like walking into a crowded room where everyone is talking loudly and trying to sort out exactly what is going on and who everyone is.

And yet, the more I watched, the more I liked it. Behind all the weirdness is a group of complex human beings with rich emotional layers, and they are all hurting in their own ways. Each is doing their best to get along in life, or end it, with little idea of how to do so. They (mostly) keep chugging along anyway, despite constant setbacks. The FLOWERS family, while not exactly likeable, become very sympathetic in a short amount of time.

Mixed with this is zany, madcap comedy, often of misunderstandings and errors, which makes their existence seem like hyper-reality despite the grounding. This is what happens when various mental illnesses collide, often more disturbing than funny, even though the situations themselves are humorous. This structure makes it hard to process or binge watch FLOWERS, and yet, also makes it so unique that I am drawn to continue viewing, if only to reward the huge risk making a show like this is.

Well, that and I would watch the excellent Colman in anything. This is off-type for her, and it’s rewarding to see her rise to the occasion.

FLOWERS will be available on Seeso (NBC’s new streaming comedy channel, available through Roku and Amazon) in the United States beginning Thursday, May 5th.