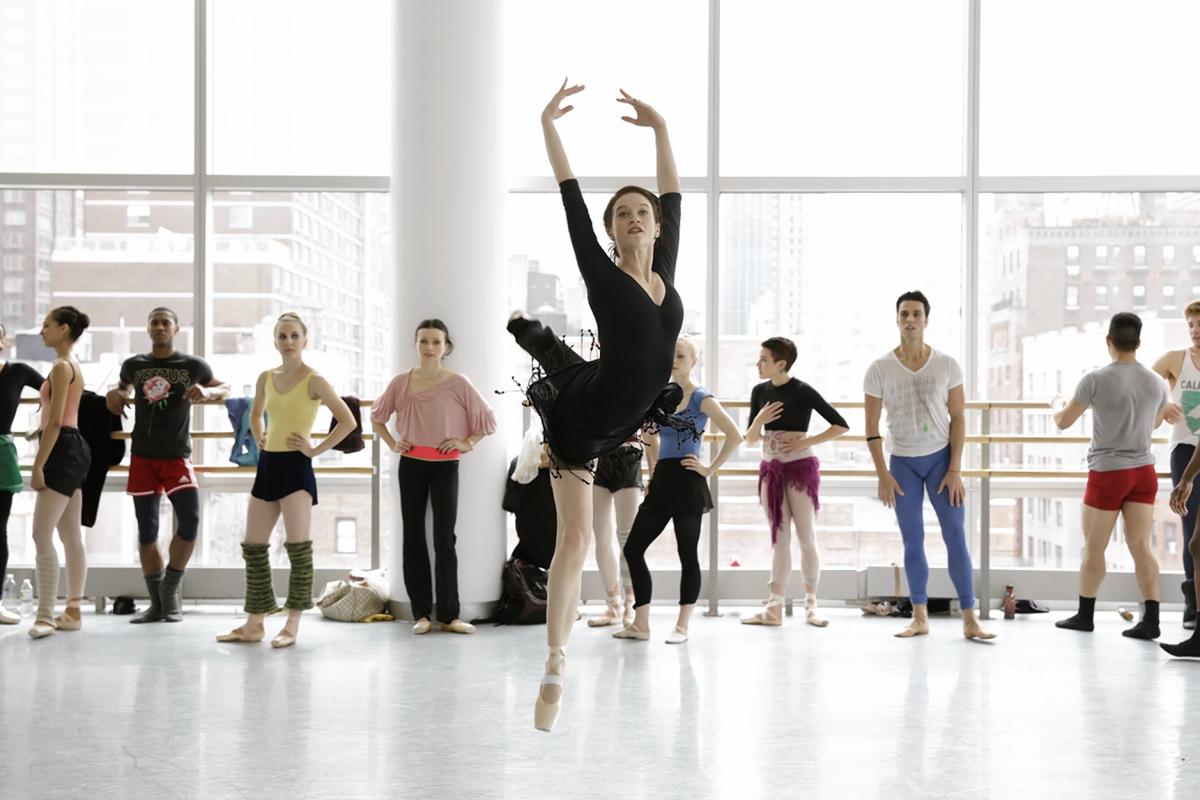 A little over a year ago, I was about ready to give up on Starz, the original programming coming from that premium cable not being my cup of tea. Then came the excellent Outlander, and as of last night, it is joined by the equally fantastic, yet wholly different, FLESH AND BONE.

FLESH AND BONE tells the story of Claire (Sarah Hay, Black Swan), a scared, nervous, talented young ballerina that runs away to the big city and lands a plumb role with a professional company. Claire has a lot of personal and emotional issues going on, so this is probably not the ideal time for her to make such big changes. Yet, she’s clearly running from something and trying to find happiness, or at least purpose and peace. She has the type of rare ability and dedication that can help her to succeed in this competitive arena, and so she just might make it. But it won’t be easy.

The ballet world portrayed in FLESH AND BONE is anything but welcoming. The director, Paul (Ben Daniels, House of Cards), is demanding and erratic. He may also be brilliant, but Claire will have to survive working for him awhile to benefit from that. The company already has a lead dancer in Kiira (Irina Dvorovenko, Power), who isn’t likely to step aside for a new ingénue. Claire is placed in an apartment with Mia (Emily Tyra, Boardwalk Empire), a promiscuous, bitchy girl. And she is hit on by Ross (Sascha Radetsky, Center Stage), who wants more than just to be nice to her. In short, Claire is surrounded by those who might wear her down.

But she has some experience in dealing with hostile people. As we find out in the pilot, her brother, Bryan (Josh Helman, The Pacific), is creepy and probably abusive. So Claire can likely handle those who don’t touch her and are just mean.

Plus, it’s not like Claire doesn’t make any friends. Blunt, rich Daphne (Raychel Diane Weiner, Hickey) may seem abrasive, but she offers assistance to the newbie. And Romeo (Damon Herriman, Justified) may look like a homeless criminal, but he’s actually sweet. So Claire is slowly building a support system.

The main players in FLESH AND BONE, which, besides those listed above, also includes ambitious Trey (Karell Williams), have very small resumes. I managed to find an IMDB listing for each, except Williams, but in many cases, those credits number fewer than five. This is a group of mostly inexperienced unknowns.

Yet, that doesn’t detract from the show at all. If anything, it works in the production’s favor, feeling like the program is bursting with deserving, undiscovered talent. It helps that many have actual dancing backgrounds and possess the skills to back up their characters. It also helps that they deliver compelling, fresh performances. I have no complaints at all about this group.

The show itself feels a lot like Black Swan. It’s not as artistically offbeat, perhaps, but it’s a very specific tone and style that fits very well into this world, but is not repeated in most other shows. It is a specific product, like Mozat in the Jungle. I can’t tell if the budget is big or small, but it seems appropriate for FLESH AND BONE, with the settings, props, and costumes, perfectly suited to the story. Overall, it just exudes high quality, with great attention to detail and design.

I have to say, FLESH AND BONE is one of the best pilots I’ve watched in some time. It’s original, it’s gripping, it’s grounded, and I’m already completely hooked on the story and the characters. I will definitely be tuning in every week.

FLESH AND BONE airs Sundays at 8 p.m. on Starz.