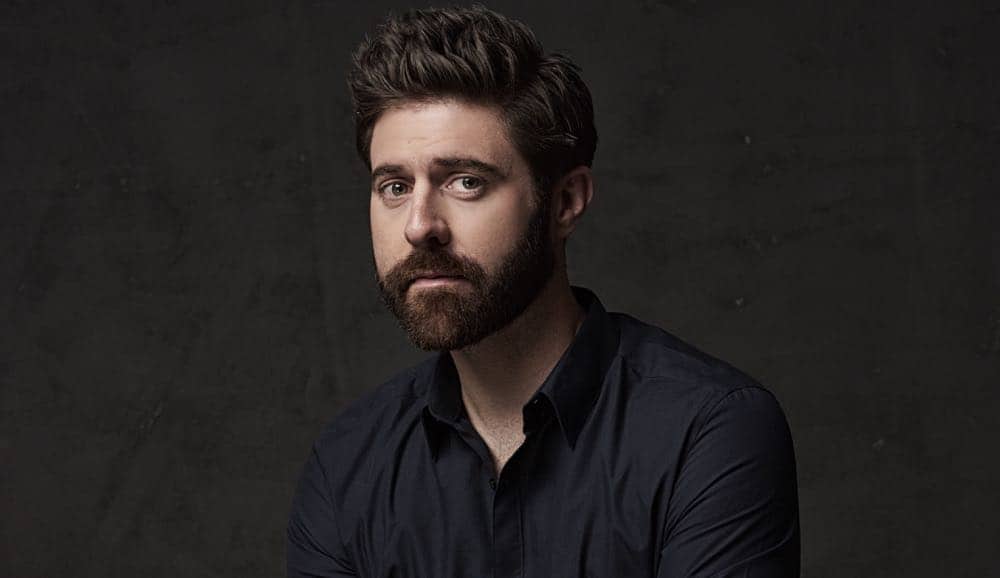 In the new comedy film “Fishbowl California,” writer/actor Steve Olson happily delves into the realm of the socially awkward. In an exclusive interview, Steve talked about this fun new role and what he appreciated about working on the film.

What was the initial appeal for you about portraying Rodney and working on “Fishbowl California”?
STEVE: The tone of script was appealing – an odd-couple throwback, early 90’s/late 80’s feeling comedy film. It felt like a Tom Hanks or Carl Reiner or Steve Martin film, with humor but also heart and substance, and the characters don’t end up in worse places than they began, which has become an odd recent film trend. Rodney was appealing because of his relationship with June in the script, the initial description was a “’Schmidt’ from NEW GIRL-type; whom I watch religiously and love. The whole enchilada appealed to me. I literally mean they had an enchilada and they said, “Does this appeal to you?” I answered “yes,” then ate it while they watched. The moment was awkward/delicious.

How would you describe who Rodney is in the film?
STEVE: A lovable loser. He’s sarcastic and sort of entitled but directionless. He’s that comedic combo of being overly confident with literally nothing to back it up.

What do you most admire about him?
STEVE: I admired him because even though he’s a “loser” by societal standards (broke, jobless, car-less, girlfriend-less); he’s “cool” because he’s got a funny, kooky, odd-ball personality. Those are the people I find “cool” in real life, not a guy with a leather jacket in a BMW. I’m not saying increasing your status is bad, but if it comes at the cost of compromising your personality, that’s an uninteresting person to me. I think it’s mandatory to admire the characters you play to have a shot at playing them well; if you don’t, you judge them which makes it hard to commit.

What is Rodney’s place in the overall world of “Fishbowl California”? How does he fit into the story as the lead character?
STEVE: Rodney is June’s unexpected solution to her desperation and despair, and vice versa. He’s more of the comedic relief within the duo, but June is also equally hysterical as the straight (wo)man.

What is it like working alongside the talented ensemble on “Fishbowl California”?
STEVE: A dream come true, I was familiar with all of the cast member’s work: Kate Flannery, Quinton Aaron, Katrina Bowden, Tim Bagley, Richard Riehle, all of them. Tim and Kate were big on improv, and Richard Riehle makes acting look like a walk in the park. He played my dad in the Pepcid “Burns Family” commercial campaign, so I practically begged our director Michael to cast him when that role was written. Katrina, Max Adler, Josh Sussman, Katherine — they’re all the real deal and beyond pro.

Who do you get to work with most in the film and what was that experience like?
STEVE: Katherine Cortez by far (‘June’). I felt we had an instant rapport, which is great, so we were able to bring that chemistry and looseness into the scenes. The interactions felt natural. She’s extremely intelligent and authentic as a person, and she makes you feel comfortable within seconds of meeting her, so transitioning into the scenes felt seamless for me, I couldn’t have hope for a better co-lead.

Any favorite scenes that you can share that were the most fun to film?
STEVE: The scene with Kate Flannery was one of the most fun, not only because it was a funny scene but also because during the scene, all I thought was, “that’s Meredith from THE OFFICE, I’m talking to her, this is weird.”

As an actor, what has been the one thing you have taken away from the experience of working on “Fishbowl California”?
STEVE: That you can’t over-prepare for a lead role. There are too many scenes you’re carrying, and if even a few drag or don’t quite hit that note you’re aiming for, it can kill the pace and create pockets. A movie’s like a song, it can cook but if there’s a weird interlude or a section that pulls you out of it even for a few seconds, you’re like “I’m out.” The beat has to keep the audience tapping their feet, especially in a comedy.

What is your proudest achievement working on “Fishbowl California”?
STEVE: Breaking into a leading role, even on an indie level makes me feel pretty good. I’m also proud of the whole effort of the entire team: the directors, writers, producers, cast and crew, bringing it from inception to screen, it’s a crazy accomplishment.

You are appearing in the feature film, “Trouble Is My Business.” What can you share about that project?
STEVE: That’s another great film I have a role in it as a cop. It’s a 40’s noir detective film that was just released, created by Tom Konkle and starring Vernon Wells from “Mad Max 2” and “Commando.”

What has surprised you most about your career so far?
STEVE: To be completely honest, and there’s no way for this not to sound self-serving, but I’m simply shocked I’ve been able to make a living as an actor for as long as I have. The odds of it are so low, and so many people tell you it won’t happen, and they’re actually not wrong from a statistical standpoint. It’s like a 3% or less shot.

Has there been any great advice you have gotten about working as an actor?
STEVE: Hm… a great actor friend of mine, Larry Cedar, once told me, “actor’s shouldn’t talk about acting.” I didn’t take his advice, clearly, but I still think it was great advice. Marlon Brando once said (I’m paraphrasing), “everyone acts — they act like they like their boss, their wife, the checkout guy at the grocery store, everyone’s doing nothing but acting all day long.” It was more of an astute observation than advice, but it’s still fun to talk about.

What advice would you offer to other upcoming and aspiring actors?
STEVE: I can’t say I have any, and if I did, they probably wouldn’t take it anyways.

Do you have any other upcoming projects that you can share that fans should keep an eye out for?
STEVE: I mentioned “Trouble Is My Business,” I’m guest starring on the sitcom “Those Who Can’t” this Fall. I self-create content and post most of my work in general on my YouTube at youtube.com/aplemank19. Check out “Fishbowl California,” out now on DVD and iTunes!

To check out “Fishbowl California”, it is available now on iTunes and Amazon. Then to follow Steve as his career grows: