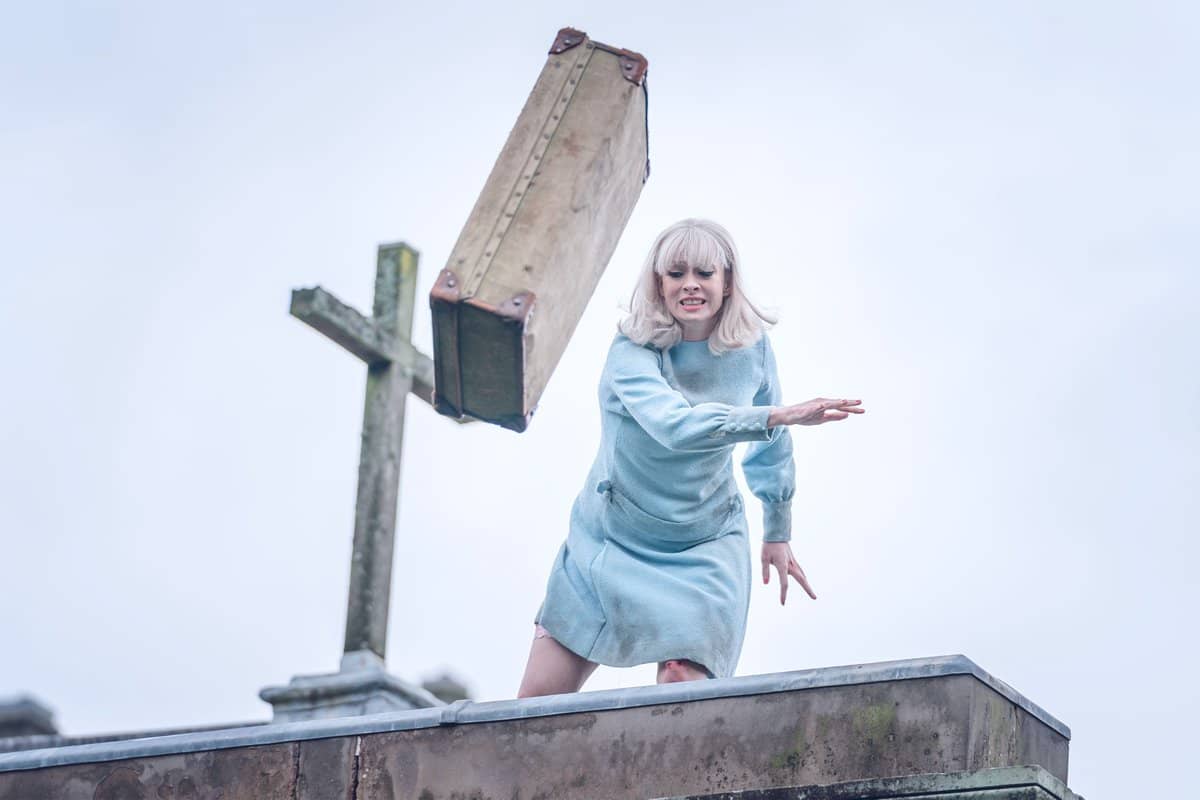 A first look image is released today for BBC One and PBS MASTERPIECE from the upcoming series, Ridley Road, a thriller set against the backdrop of a swinging sixties London we haven’t seen: an East End world where far right fascism is on the rise.

Written by Sarah Solemani, produced by RED Production company and adapted from the Jo Bloom novel, the series is currently in filming in the UK. Rory Kinnear, Tamzin Outhwaite, Tracy-Ann Oberman, Eddie Marsan, Samantha Spiro, Rita Tushingham star in the brand new thriller which is due to air in 2021.

The image features a distressed Vivien Epstein played by Aggi O’Casey throwing a battered suitcase from a roof top. Inspired by the struggle of the 62 Group, a coalition of Jewish men who stood up against rising neo-Nazism in post-war Britain, Ridley Road sees Vivien starting to work with them when she realises that Jack, her missing boyfriend (played by Tom Varey), has been badly injured. Vivien infiltrates the NSM, a neo-Nazi movement which is becoming increasingly prominent in London, risking everything for her beliefs and for the man she loves.