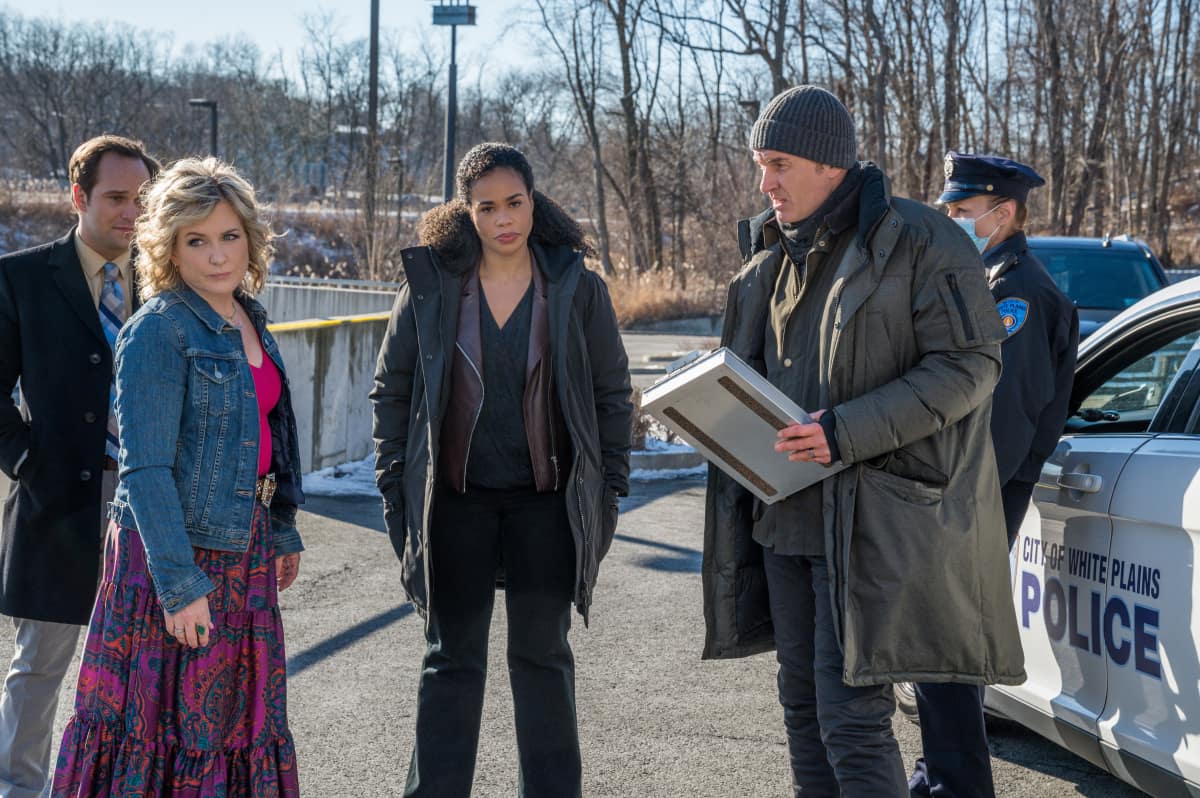 FBI MOST WANTED Season 2 Episode 7 Photos Winner – “Winner” – After a suspect escapes trial and goes on a murder spree, the team partners with his bail bondsperson, Jackie (Amy Carlson), in order to track him down. Also, Jess continues to struggle with moving forward in his love life, on FBI: MOST WANTED, Tuesday, March 2 (10:00-11:00 PM, ET/PT) on the CBS Television Network. Jen Landon debuts in her recurring role as Tali’s horseback riding instructor. s02e07 2×07 2.07